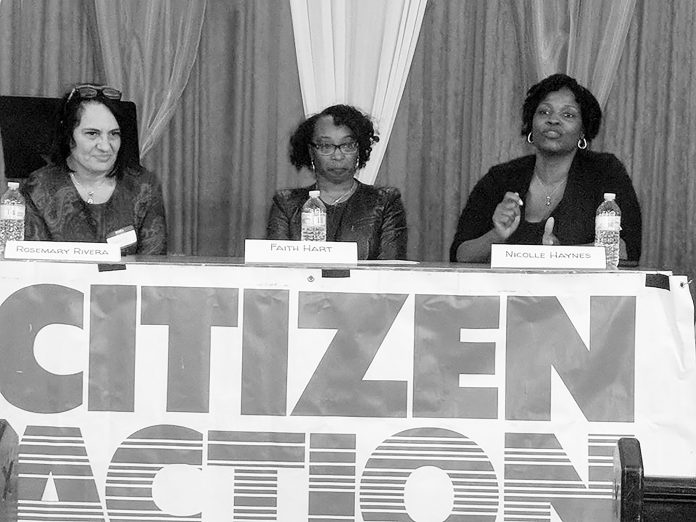 The Trump Administration released its Fiscal Year 2020 budget message AND priorities on March 11.  8. From slashing housing assistance, Medicaid, SNAP/food stamps, education, and other basic needs programs, to proposing harsh work reporting requirements for several federal programs, to completely eliminating programs like home heating and cooling assistance for low-income people and food packages for low-income seniors, President Trump’s FY20 budget would leave millions of Americans without the assistance they need. At the same time, the budget permanently extends the GOP tax cuts passed in 2017, which the House Budget Committee says will add another $1 trillion to deficits over the last four years of the 10-year budget window.

Overall, the Trump budget proposes large cuts to funding for FY20 domestic and international annually-appropriated programs below FY19 levels. While the Administration says the cuts would amount to 5 percent, the Center on Budget and Policy Priorities explains that these cuts would actually equate to 9 percent ($54 billion), and to 11 percent ($69 billion) after adjusting for inflation. By the end of the 10-year budget window, domestic and international funding would be 24 percent below the 2019 level, or 41 percent below in inflation-adjusted terms.

The cuts to mandatory programs include reductions over 10 years of $1.4 trillion to Medicaid, $220 billion to the Supplemental Nutrition Assistance Program (SNAP), $70 billion to Supplemental Security Income (SSI), and $21 billion to Temporary Assistance for Needy Families (TANF). According to Bread for the World, every religious congregation in the U.S. would need to raise an additional $400,000 each year for the next 10 years to make up for the proposed cuts to anti-hunger and poverty programs found in the Trump Administration’s FY20 budget proposal.

Based upon the A.L.I.C.E. Report (Asset Limited, Income Constrained, Employed), done by Rutgers University, Utica also has 23,828 working poor households. When considering housing affordability, job opportunities and community resources, in addition to the 30% poverty rate, another 32% of the families struggle to afford basic needs. Utica rises to 62% of the residents financially unstable.

Many local residents, governments, and agencies rely under federal funding for various services.  These cuts will mean that many people will be denied assistance and lose health care benefits.

The defense side of the Trump budget gets a big boost, however. The President’s budget ignores statutory spending caps for defense spending by proposing $174 billion for the uncapped Overseas Contingency Operations (OCO) fund, in addition to the capped funding of $576 billion for defense spending for FY20, leading to a total defense-related budget allocation of $750 billion. This would be $34 billion more than Congress appropriated for FY19 in total; the OCO funding would be more than double the $69 billion provided for OCO this year, despite the fact that OCO war-related operations are scheduled to diminish. The President is also proposing an additional $8.6 billion in funding for building a border wall, and $2.7 billion to continue jailing immigrants—including families and children—at historic high levels.

As a result of new legislation, landlords in New York State will be prohibited from discriminating against tenants based on source of income.  The new legislation would forbid property owners from discriminating against tenants who have Section 8 Housing Choice vouchers, veterans benefits, or other non-wage income sources as their means to pay rent.  Studies have shown that income-based bias disproportionately affects women and minorities. Approximately 650,000 New Yorkers receive some form of supplemental income, many of whom are disabled, elderly, or returning veterans.

We are asking local residents to join the Central New York Citizen Action Housing Committee.   The committee’s mission will be to fight for local, state, and national housing reforms.  On the local level, committee members want to see more money spent on codes enforcement, passage of a lead law to protect children’s health, and the establishment of a housing trust fund to fund homeowner rehabilitation activities.

In New York State, we are lobbying for universal rent control and requiring landlords to show “just cause” to evict tenants.  Our committee will give a voice to tenants and homeowners who support affordable housing, revitalized neighborhoods, and sustainable communities.

On Thursday, April 25, 2019, between Noon and 1:00 p.m., the YWCA Mohawk Valley and its community partners will join at Utica City Hall on Thursday, April 25 to Stand as one against racism. YWCA MV is inviting organizations, businesses, and groups to come wearing their “team” colors, sign the Stand Against Racism Pledge, and pose for a photo of solidarity.  For more information, please call Kari Procopio at 3157322159.

211 – A GREAT RESOURCE FOR PEOPLE IN NEED

Serving the entire population of Madison, Oneida and Herkimer Counties, 2-1-1 Mid-York connects people with community, health and disaster services through a free, confidential, 24/7 phone service and searchable online database. Using the power of technology and innovation, 211 connects people to the help they need.

Whether it is the need to find a solution for a new problem of a long-time challenge, people often don’t know where to turn first. In many cases, people end up going without these necessary and readily available services because they do not know where to start. To get help, simply dial 2-1-1 or 1-844-342-5211 on your landline or cell phone, or visit www.211midyork.org.  This program is sponsored by the United Way of Greater Utica and the Mohawk Valley.

MAKE A CHANGE IN THE

On March 23, Citizen Action held a successful forum on making the Utica City Schools better.  Speakers from Syracuse and Rochester as well as our local area discussed promising school reforms that focused on improving the culture of schools.  In Utica, we are organizing a movement to end the inequities in the city’s public school system.

We are motivated by the urgent need to obtain a quality and well-rounded education for all students. We will mobilize the power of parents and the community to affect policy change and create a more equitable educational system such as more funding for Utica schools, meaningful parental and community involvement, and more diverse teaching staff.

Central New York Citizen Action is looking for committed community activists who want to make our community more equitable and just.  Please call John Furman at 315.725.0974 or email me at cnycitizenaction@gmail.com to get involved.