The Mueller Report – Now What? 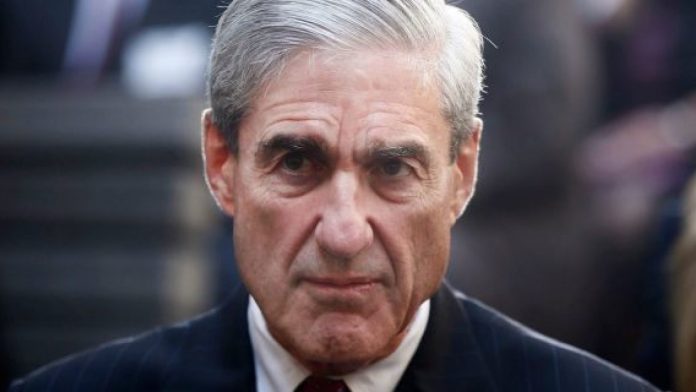 For close to two years, Robert Mueller has spearheaded an investigation into the dealings of Russia and how, or if, they impacted the 2016 presidential campaign. Now that the report has been released to Attorney General Barr, with President Trump boasting that its a “full exoneration,” (though even Barr himself has stated that while it is clear that the president did not collude with Russia that it is still not clear whether or not he was engaged in obstruction during the investigation).

But now that the report has been released, with results that likely exalt Republicans and disappointed Democrats, where does that leave us as a country? Demonizing the investigation itself has taken a popular seat on Conservative talk shows, along with demonizing Democrats for supporting it, even though the investigation took place by a private party due to allegations and concerns, and was not, as President Trump would have you believe, a “witch hunt” to bring down a sitting president.

First, I’m going to get the obvious out of the way – I’m a Liberal. I dislike Trump, and do not like the direction that he is taking our country down. Second, I am not, however, shocked by the findings in the Mueller report. There are many conspiracy theorists on both sides of the aisle, and I pride myself on not being one.

I don’t believe that Trump colluded with Russia, nor do I believe – I’m sure to upset some Liberals with this statement – that his election was illegitimate. Yes, there are those who believe the Electoral College should be done away with, but I have yet to formulate my thoughts on this matter in an intelligent enough way to format it into an opinion column.

I believe Trump won fair and square. Whether that is an outlandish statement to make will be up to my readers to decide.

But now we have a HUGE Republican outcry. Even though the report turned out in their favor – with Trump being exonerated on collusion, but not definitively on obstruction – they decry not merely the results of the report, but the report and investigation itself.

I can’t say that I am surprised. Any investigation against Trump, the Republican savior, is bound to be met with this degree of scrutiny and derision. Especially when the investigation involves a president who routinely attempts to invalidate ANY media that criticizes him in any way.

I think that routine is the most important word in that sentence. When attacks on the media – save the ones who agree with you – become routine, where does that leave us as a country?

Bias is one thing. Fox News is biased towards the president; NBC and CNN are biased towards Democrats. But that is a wholly different thing than calling any news outlet that disagrees with you “fake news.”

There is, of course, legitimate fake news that is spread around arenas like Facebook and Twitter. However, merely criticizing the sitting president does not make you fake. Seems obvious, and protected by the 1st Amendment, but alas, this is where we find ourselves during Trump’s presidency.

He has enablers, of course. Listening to Sean Hannity the other day I was both shocked and deeply troubled, however, by how far the radio personality went to demonize all Liberal media in an attempt to delegitimize Mueller’s right to investigate his president AT ALL.

Hannity, in not so many words, declared that the Liberal media lied and should never be trusted again; and that an investigation of this magnitude should never be lodged against a sitting president ever again.

Wait….what? Firstly, Robert Mueller is an independent counsel who was hired to investigate claims that Russia meddled in our investigation – not necessarily that President Trump was the one who colluded. I don’t think that is a controversial statement.

And given that Mueller’s investigation yielded multiple indictments and several jail sentences any statement from the Republican side of the aisle that the investigation was a scam, unnecessary, or a “witch hunt” is frankly, to be crass, utterly ridiculous.

But Hannity’s statements go to the heart of something much deeper and much more deleterious. It’s a desire to completely delegitimize all news media that reports on issues that criticize your president through propaganda and misinformation.

He cited the corruption of the media and heralded the reports by honest, “citizen journalists” in bringing out the truth. Is that what we’ve become? A country that believes uncredentialed nobodies in lieu of professional journalists just because they agree with your partisan viewpoint?

And if you contrast this with the legitimate witch hunt, spearheaded by Trump, to insinuate and “prove” that President Obama was not an American citizen, the issue becomes even blurrier.

Was that not a crime because it happened to a Democrat and not a Republican? Call me jaded, but I can think of no other reason to explain the proceedings. There’s certainly no honesty or integrity there.

One side made up a rumor the first African American president was not an American citizen, and this was not a “crime” or a “witch hunt;” another side investigates allegations of a foreign power meddling in our election – which yielded several arrests, and they attempt to delegitimize all liberal media who reported on it.

The issue in this entire column is not Liberalism, partisanship, or Trump vs. Democrats, but the flagrant Republican attack on our 1st Amendment.

It’s time for it to come to an end, to recognize it for what it is, and demand the truth. This is a dark and dangerous road we’ve begun upon; it’s time for the rest of us to realize just how dangerous it is.