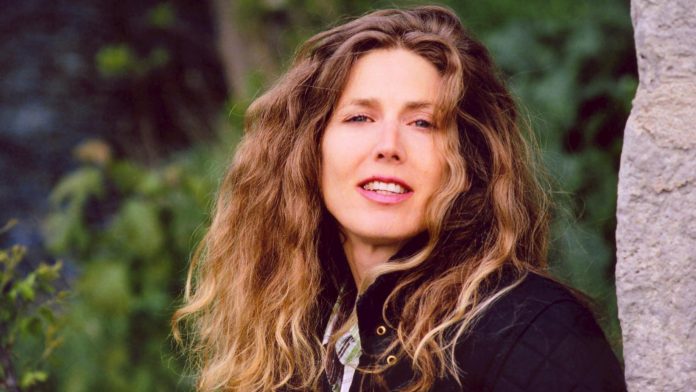 March 1st of this year marked 16 years since my daughter Jeannine died and entered a new realm of existence. Many days, I find it hard to believe that so much time as passed since I last saw her, because many of the events leading up to her cancer diagnosis and death ,seem like they just happened yesterday.

I will always remember the date of her diagnosis (5/26/02), the date that she stopped treatment (2/19/03) and the date that she entered the active phase of dying (2/27/03). In early grief, those dates in addition to her birthday and angelversary dates reopened wounds that were all to fresh to begin with.

Today when those dates resurface, I no longer experience raw emotional pain . Those dates now mostly serve as another way to remember and connect with my daughter, and pay tribute to her resiliency in truly adverse conditions.

I will also remember the last words that my daughter said to me, a week before she died which were simply, “I Love You.”

That was right after I got her a Happy Meal from McDonalds. The onions on her hamburger was one of the few things that could settle her perpetually queasy stomach.

I know that she still loves me today as much as I do and always will, love her.

“As I Lay Me Down” by Sophie B. Hawkins was one of my daughter Jeannine’s favorite songs when she was alive. During her dance with cancer, she listened to a variety of different recording artists. I like to think that music was a respite from her regular chemotherapy treatments, dealing with the trauma of hair loss , nausea, vomiting  and the other nasty side effects that she endured  for ten months after her diagnosis.

Following her death, music helped me get in touch with the raw emotion of my grief ,provide clarity during the most uncertain period of my life, and has been one of the elements that has allowed me to maintain a continued spiritual bond with Jeannine, to this day.

While riding my exercise bike, “As I Lay Me Down” randomly came up on my Spotify playlist. The song not only evoked memories of Jeannine, but also got me thinking about why it  was so meaningful to her. One of the things that seems different about me today then during early grief, is that I have begun to look at events not only through my eyes, but through my daughter’s eyes.

There is one passage in the song that I resonate with: “I will whisper your name in the sky, and I will wake up happy.”

When Jeannine was ten years old in 1994, my mother and her grandmother died at the age of seventy-seven. My mother’s death had a profound effect on Jeannine. I have often wondered if prior to her illness and during her illness,  Jeannine whispered “Grandma” over and over to the sky until she felt happy again. After rediscovering this Sophie B. Hawkins song, I began to whisper Jeannine’s name ,imagining that it was coming from my own heart.

The late Tom Petty, was one of those musical artists that I listened to in the aftermath of Jeannine’s death. I still listen to his music today. One of my favorite songs by him is “Learning To Fly,” which was written and recorded in 1991. Four years earlier, Petty’s house in Encino, California burned to the ground . The cause of the fire was arson. Nobody died, but it was, from my perception, a significant loss that Petty had to address.

I recently discovered a CBS interview that he did, on August 12,1991. In it, he discusses the relevance of “Learning to Fly” to the challenges presented by the house fire. Two of his comments stand out to me:

“We are expected to do a lot of things that we are not necessarily equipped for.”

We are not born with an innate sense of how to deal with catastrophic loss. If we were, those experiences would not bring us to our knees, or render us as helpless as a newborn child. I thought that my prior experiences as an addiction counselor would adequately equip me to deal effectively with tragedy.

For a while, I believe that it did. Prior to my daughter’s death, I was able to, so I thought, effectively mourn my prior losses within a reasonable period of time and return to an effective level of functioning. Jeannine’s death changed all of that. My prior professional experiences and personal experiences with loss, did not even begin to equip me to deal with the death of my daughter. Eventually I became equipped to deal with my unthinkable loss, but only after years of availing myself of support and embracing perspectives that would eventually  help me adjust to a new way of life.

“Everyone has tragedy in their lives; you can lay down and let tragedy overwhelm you, or you can fly above it.”

The grief that occurs due to the death of a child is a life long process. During early grief our thoughts and emotions are overwhelming and often suffocating. Survival, one day or one minute at a time becomes are only focus. We can choose only to survive, to white knuckle our way through grief, until the energy we expend is to overwhelming to deal with. If we continue to allow ourselves to be overwhelmed by our pain, we will eventually be immobilized by it, and enter the world of complicated grief.  However when we decide that we are going to fly above our tragic losses, it is then and only then that we will be prepared to embrace a life of purpose and meaning, while learning to adjust to our permanently changed circumstances.

David J. Roberts, LMSW, became a parent who experienced the death of a child, when his daughter Jeannine died of cancer on 3/1/03 at the age of 18. He is a retired addiction professional and an adjunct professor in the psychology department at Utica College in Utica, New York. He is also the chapter leader for The Compassionate Friends of the Mohawk Valley.

Mr. Roberts has contributed articles to the Huffington Post blog, Thrive Global, Open to Hope Foundation, The Grief Toolbox, Recovering the Self Journal ,Medium, and Mindfulness and Grief. He has also been a speaker and workshop presenter on grief and loss issues nationally and locally.

To find out more about Mr. Roberts’ work please visit www.bootsyandangel.com or email him at : bootsyandangel@gmail.com