Loved ones and strangers alike mourn Gabby Petito; search is 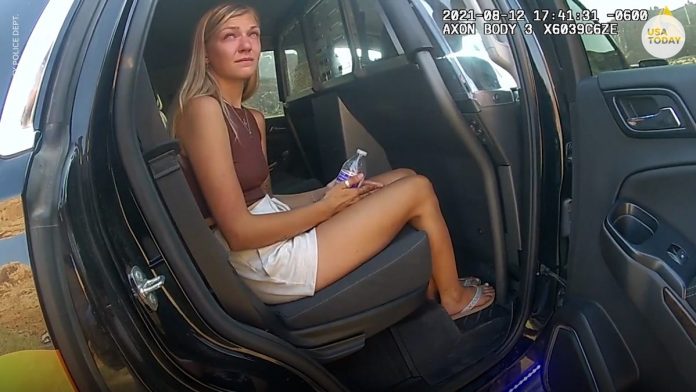 FBI discovered human remains of a body they believe to be Gabby Petito, the missing 22-year-old who was traveling cross-country with her fiancé.

Days after Gabby Petito‘s body was found in a Wyoming national park in a case that has gripped the nation, people who knew the aspiring blogger and strangers alike are mourning her death.

A small crowd gathered for a candlelit vigil Wednesday night in Salt Lake City to “come together and celebrate the life of Gabrielle Petito,” according to the event’s Facebook page.

Serena Chavez, the vigil’s organizer, told CNN that even though the 22-year-old woman never lived in Utah, the time she spent there and her love of nature connect her to the community.

“We won’t forget about you. We won’t let your light dim,” Chavez said. “We will remember other women or children who are missing. Their families are devastated, and I can only imagine what Gabby’s family is going through.”

The vigil took place as crews concluded another day of searching for Petito’s fiance, Brian Laundrie, in a Florida wilderness park. Investigators say Laundrie’s parents told them he had gone to the Carlton Reserve park after returning home from a cross-country trip without Petito on Sept. 1. Search teams continued the manhunt Thursday morning.

Meanwhile, Petito’s stepfather on Wednesday laid a cross made of stone at the site where her body was found, Fox News reported. On Petito’s Instagram page, which has now reached over 1 million followers, fans mourned her in the comment sections of her photos.

Do you know where they are?: 43 missing persons cases the FBI needs help solving

In North Port, Florida, where Petito lived before her death, a makeshift memorial near City Hall continued to grow this week as people left flowers, teddy bears and photos.

At the North Carolina restaurant where Petito once worked before moving to Florida, a table had been set up in her memory with flowers, photos and twinkling lights. The restaurant also plans to plant a tree in honor of Petito, general manager Lara Witschen told WWAY.

Witschen said Petito was “so full of life” and “had her whole life ahead of her.”

“She’s not just a name. She’s not just a case. She was a person and she was very special to a lot of people and many of us here,” Witschen told WWAY. “She was a good soul, a good spirit and touched so many lives. That’s what we want her to be remembered for.”

What happened to Gabby Petito?

The Teton County coroner on Tuesday confirmed that human remains found Sunday at a campground near Wyoming’s Grand Teton National Park were those of Petito. Petito’s death was initially ruled a homicide, but the coroner provided no specific cause of death pending final autopsy results.

Petito and Laundrie left in July for a cross-country road trip that the couple documented on social media. While the trip was supposed to end in Oregon late next month, Laundrie returned to the couple’s Florida home on Sept. 1 without Petito.

During a nationwide search led by the FBI, investigators accused Laundrie and those around him of withholding critical information about the case. When authorities seized Petito’s van, Laundrie refused to speak with authorities, invoking his Fifth Amendment right, and instead hired a lawyer.

“We extend sincere condolences to Gabby’s family, friends and all the people whose lives she touched,” the FBI’s Denver office said in a statement.

Michael Schneider, FBI special agent in charge, said the bureau and law enforcement are dedicated to bringing Petito’s killer – or killers – to justice.

The Laundrie family issued a brief statement through attorney Steven Bertolino: “May Gabby rest in peace.”

Experts say: Everyone’s talking about Gabby Petito, but they’re having the wrong conversation

TikTok is on the Gabby Petito case: Are these true crime sleuths helping solve it?

What led up to Petito’s disappearance

But in Utah, the Grand County Sheriff’s Office released Monday a 911 call from Aug. 12 in which the caller says he drove by the couple’s van and witnessed that “the gentleman was slapping the girl.

Viral body camera video released last week showed Petito in tears during police stop on the side of a highway near Arches National Park in Utah. The footage shows a Moab, Utah, police officer speaking with Laundrie, who said friction had been building between the two for several days, though authorities at the scene took no action other than separating the couple for the night.

The search for Brian Laundrie continues

Florida authorities were seen riding ATVs through the terrain of the Carlton Reserve in Sarasota County, Florida.

Authorities continued to search for Laundrie Thursday in the vast Florida wetland, using dogs, drones and ATV vehicles in the treacherous terrain.

North Port police have been searching the Carlton Reserve since last week when Laundrie’s family reported him missing after they said he’d been camping in the 25,000-acre wilderness area.

“Please be aware, the Carlton Reserve is a vast and unforgiving location at times. It is currently waist deep in water in many areas,” North Port police said in a Facebook post. “This is dangerous work for the search crews as they are wading through gator- and snake-infested swamps and flooded hiking and biking trails.”

“If he’s down there in the Carlton Reserve, he’s living in hell,” Burrow said.

Anyone with information can reach out through a national hotline to receive tips at 1-800-CALLFBI (225-5324).

Law enforcement has made several errors in the Petito case, John Walsh, a victims’ advocate and host of the TV show “In Pursuit With John Walsh,” told USA TODAY on Wednesday.

Walsh said law enforcement should have and legally could have requested proof of life of Laundrie during the time he was allegedly at home in Florida.

Officers should have also stationed cars on the street on either side of the Laundrie home and arranged for an unmarked car to tail anyone leaving the home, Walsh said.