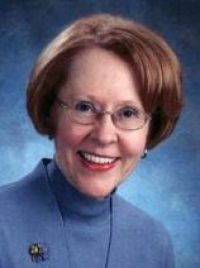 MYTH: The law always stays the same, so scientific advances are not reflected in laws and procedure.

REALITY: Scientific advances usually have great impact on the law. One example is DNA registries. Many people have used one of the DNA databases, such as 23 and Me or Ancestry.com. The results can be enlightening and helpful in answering, and sometimes posing, questions. One of the areas that has been impacted is the area of estates. When a survivor files a petition in Surrogate Court to have the right to deal with a decedent’s bills and assets (unless all assets were given outside a will), the person filing must name those legally interested in the proceeding. Those who would have had a share of an estate if there were no will must be advised of the petition, even if there was a will. If a person’s family status is not agreed by everyone, then that person must be named and given notice that the petition was filed. This can happen if a person claims (s)he is a child of the decedent, but the family disagrees. There may have to be a separate court proceeding to determine the truth of the parenting claim. If the claiming person is not given notice and is not named in the proceeding, then later the whole thing can be re-opened. This can easily happen if a child has been born outside of a marriage of their parents, and has had no contact with the birth family.

With the new technology and DNA services, people have learned of siblings that they previously did not know about. Almost everyone has heard of someone to whom this has happened. Significantly, there is no time limit to establish paternity. A child born without his/her parent’s marriage can much later learn of the parentage. Then the estate can be re-opened. In one such case the children learned of their father’s death 20 years after the death. They were still entitled to an accounting. This does not apply when a child has been adopted. Adopted children are not entitled to any share of their birth parent’s estate, unless a birth parent makes a specific gift in a will, among several ways.

MYTH: Legislators have the sole power and authority to make laws.

REALITY: In 2019 the Legislature and Governor created a commission called the Public Campaign Financing and Election Commission. Sometimes a commission is created to relieve elected legislators and politicians from pressure from the community when something unpopular needs to be done, like raising salaries and taxes. The Commissioners are all political appointees. Typically, a commission meets and makes recommendations. Then a short period of time passes, usually several months. If there is no great public outcry or objection after the recommendation is public, then the recommendation becomes law. This was used about ten years ago to raise judges’ salaries. (Full disclosure, I benefited from that recommendation.) That salary commission meets every four years to make a recommendation. They met in 2019 and recommended that salaries stay the same. The virtue that a commission has for politicians is that they can duck and hide, and blame an unpopular act on a commission that created it. The Public Campaign Financing and Elections Commission was created to handle public campaign financing issues. It was also tasked to consider making it harder for minor parties like the Working Families Party to appear on ballots. These issues were politically sensitive. Some proponents say that the polls show there was no popular support to fund political campaigns with taxpayer money, but that it should be done. Opponents believe that a commission is the way to get an unpopular measure into law, regardless of voters’ opinions.

At the end of the day, however, sometimes the courts get involved. In the case of the campaign financing commission, a lower court said that the Commission’s recommendation was unconstitutional, and struck it down. The Court said that the authority to use as much as $100 million in taxpayers’ funds to pay for political campaigning belongs only with the legislature, and they cannot delegate it to anyone else. One of the objectors to the Commission said that it is the same as renting the legislative authority to people who are politically appointed, (the commissioners). The State will most likely appeal the decision to a higher New York State court. Stay tuned.

MYTH: Once an elected New York State employee retires, (s)he is off the State payroll and only on the pension roll.

REALITY: An elected official in New York State can retire from the elected job and begin to collect a pension. Then the official can go back to the elected job, if re-elected, and collect that salary as well. The retirement need be no more than one day to collect both pension and salary. And throw in Social Security at a certain age, and the income is rather nice!

A current example comes from Onondaga County. William Fitzpatrick, Esq., 67 years old, has served as the Onondaga County District Attorney for about three decades. He retired from that job for one day, December 31, 2019. On January 1, 2020 he took the position that he had been elected to in November, 2019. Yes, you’re quite right-Onondaga County District Attorney! So, he now receives his full D.A. salary AND his retirement pension. Since he was retired one day, his wife on his death will receive a full death benefit as a result of his service, as well as her own retirement as a State Judge. This retirement scheme is not available to the Judge since she was not elected, but was appointed. However, she can certainly run for election to another position if she otherwise qualifies, and then “double dip”, that is, receive income from two sources at the same time.