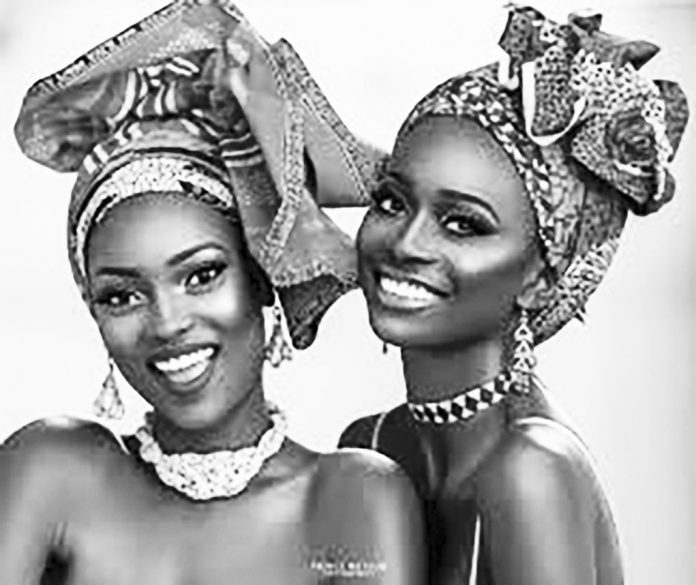 We are constantly bombarded with messages in our world. Some we become aware of slowly and sometimes not at all. Just because we’re not consciously aware of these things does not mean we are not influenced by them. To the contrary, these subliminal, hidden, concealed messages often have profound influences on our consciousness.

Having grown up to be a Black woman in America, there are certain messages and subtleties I am aware of and have been subject to that have never occurred to the majority of Americans.

One such insidious message is the perpetuation of America’s ancient slave based discrimination based on color.  Academics refer to it as “colorism.” It’s real and it is pernicious; the notion that lighter skinned people, women in particular, are better, more attractive, more desirable than darker skinned people.

Since before the time of the Harlem Renaissance and the Cotton Club, Blacks themselves imposed a defined color bar. Cotton Club chorus girls, who were to be “tall, tan, and terrific,” which meant that they had to be at least five feet, six inches tall and light skinned or they weren’t chosen to perform.

A recent segment of AB television’s ‘black-ish’ touched on the topic. The girl twin, Diane, who is the darkest cast member, was found to be ‘underexposed’ and disappeared in the background in a school photo. During this episode the family then explored their own experiences, sensitivities and life challenges relating to color.

(Interestingly, when color film was being developed, White people constituted the test subjects and Blacks always looked like mudpuppies. Somewhere down the line in the 20th century, that problem was addressed and film became more inclusive of darker skin tones but sensitivity to exposure of subjects is the responsibility of photographers and art editors. Selection of those subjects is something else.)

The ‘black-ish’ segment ended with the grandmother sharing a painful childhood memory when her other siblings and cousins played in the front yard, she, as the darkest member of the extended family, was forced to play alone in the backyard as not to have her dark skin tone embarrass the Creole family.

This pathetic and hurtful cultural distortion comes from America’s history with slavery. What some once called, ‘Midnight Integration’ would result in children of the master and a selected female slave, in being of a lighter complexion, and perhaps resembling said slave master. This often times secured a lighter duty and indoor work for said off spring.

Some of these individuals were so light colored in appearance as to appear White. Some of that circumstance would move from their home arena, where they were known to actually have Black blood, and choose/claim to be White. And why not?

Who in their right mind would choose to be the hated object of abuse and discrimination for their entire life when they could cease to be Black?

This happenstance ‘superiority’ would become ingrained in the culture, both Black and White. Whole communities of light skinned Blacks would emerge coming to be known as the Mulatto Elite. They would not marry anyone outside of their group or darker than themselves.

The Mulatto Elite had whole separate communities in the South. They remained separate and apart from the White community as well as the Black community but flourished as merchants and urban professionals. My father’s people came from such a community in Charleston, South Carolina. Cobblers and mantua makers, they were.

That my light skinned father married my dark skinned mother was shocking and disgraceful to them. For many years my brothers and sisters were referred to as “Vernon’s ugly little Black children.”

Really. They’ve since died or gotten over it.

I remember as a young child in the Projects that I had no discernment between the Puerto Ricans, Jews and just plain old White people. My father being so light skinned confused me further.

In any case, I remember distinctly sitting in my father’s lap as a girl of maybe four or five years old asking him why I was brown and he was white. He answered me that he wasn’t white he was just a lighter color brown which satisfied me.

It was during this time when I was becoming aware of the matter of race as a little girl. It was a harsh reality to begin to understand that I was considered inferior or subject to came calling for just being me.

It was cause for fighting. If someone called you a ni**er it was ok to punch them in the nose.

I also remember older boys in the Projects remarking about how beautiful certain light skinned girls were when I and my best friend Jennifer, also brown skinned, were standing right there and not included as beauties in this evaluation.

There are some less than flattering references to dark skinned girls and America still hasn’t gotten the message. If you look at television today you will rarely see a woman as dark as me. The darkest one I have chronicled is the dark brown, sweaty, sickly looking grandmother on oxygen lying in a hospital bed.

The subtle message that television and ad agency executives continue to perpetuate is that brown-skinned and darker women are not desirable and have no place in mainstream society.

I have listed below all of the recent viewings I have captured of Black couples represented in commercials that demonstrate this colorism problem: Downey fabric softener, Dream City Mattress, Raymour and Flanigan, Tide, Nature’s Bounty, Credit Karma, Ameritrade, Lego My Eggo, The New Buick and Old Spice.

Television shows that also perpetuate the myth are Martin, McGuyver, Black-ish, Happy Together and God Friended Me.

How to Get Away with Murder is the only show I’ve seen where a brown skinned woman is featured.

Keep your eyes open and notice just where the color line lays in America. Look around at the Black people in our midst.