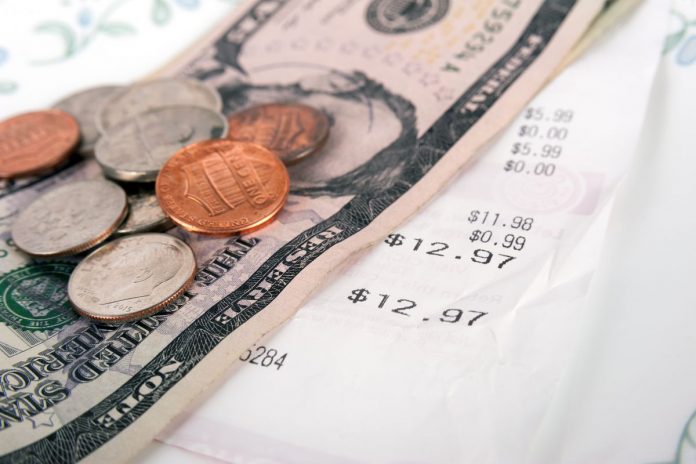 “Reservoir Dogs” is one of my all-time favorite movies. If you haven’t watched it, the opening scene depicts a group of criminals at a breakfast table discussing various pop culture topics. When the check comes in, a hysterical banter begins in which Mr. Pink (played perfectly by Steve Buscemi) explain to the group why he doesn’t believe in tipping.

While done in a comical way, everything Mr. Pink says makes perfect sense. I think of the scene every time I order a pizza, and am hit with a delivery charge – and a message informing me that the delivery charge is not the same as the drivers tip.

And it got me thinking.

The pro-tip argument has always been that restaurant employees are paid far less than the minimum wage. It varies by state, but the federal minimum for wait staff is currently a ridiculous $2.13/hour, with their salaries not only supplemented by, but dependent on tips. But why? The laws that govern food and hospitality compensation workers were created as a way of suppressing the earnings of women and minorities – who make up the vast majority of these types of jobs. So there’s that.

Several restaurants in Seattle have simultaneously increased the minimum wage of their staff to $15/hr while abolishing tipping. I think its past time for every other one in the US to follow suit, raise minimum wage (we can argue a specific dollar amount at a later time) and abolish the archaic practice of tipping, once and for all. And if you’re stuck in a mindset of yesteryear, just think about it like this. Why is this the only business in which the consumer (me) is on the hook for the majority of the businesses payroll?

Most business in America are service related. I used to work in bank operations. If I uncovered an error in the processing of a customer’s check and saved them a lot of money, they aren’t then obligated to give me a tip. I’m just doing my job. As Mr. Pink rightly points out in the aforementioned film, you don’t tip the people at McDonalds, right Why not? It’s a thankless minimum wage job. They’re giving you food.

What I also dislike is the obligation I have in giving a tip. If I go to a bar and order a beer, there is some unwritten, untraceable onus to tip the bartender a dollar. If I don’t, they’re likely to ignore me the next time I approach for a refill. Really? Aren’t you getting paid to tend bar? Shouldn’t you be doing what you’re getting paid to do without me having to supplement your salary? But if I don’t tip you, you just don’t do your job and it’s perfectly acceptable.  That bartender just ignored me. Hey, you didn’t tip. Oh, my mistake.

How about the pizza scenario. Why pay a delivery charge and a tip? If the guy brings the pizza to my house he gets a tip. Otherwise, the next time I order is he going to toss the pizza in a dumpster? Eat him himself? What if I order the same pizza and I go and pick it up. Do they discount me for my time and driving? Should Dominoes have to tip me?

It seems like this tipping thing has started to run amok. I go to Panera’s now and am prompted to tip. Who is getting that money? The cashier? The cook? The person who hands me the food? And they certainly aren’t being paid less than minimum wage. Coffee at Starbucks. A tip? Really? Then why not at Dunkin. I’m obligated to cough up extra cash to help someone else out, and here’s a news flash – my wages have been pretty stagnant for the past decade too.

Proponents argue the merit. It’s a service based industry and you tip for excellent service. But we all know it’s the luck of the draw. There are horror stories of millionaire athletes, eating and drinking for hours and providing marginal at best tips. Likewise, if you are a cute waitress and get a table of 20 year old guys, you could spill the food in front of them and you’re still going to make out like a bandit. The tip is supposedly based on the cost of the bill. So if a table of 4 people each order $25 dollars’ worth of food, the tip should be the same as one person ordering a single glass of $100 wine. This makes no sense at all.

Offering extra incentive to do what you should be doing anyway is like giving a high school kid $5 because he didn’t skip school that day. And a lot of people will say waiters and waitresses prefer to receive tips because they get so much more than minimum wage would offer. So what? I would prefer to have double my current salary and a Lamborghini as a company car. We don’t always get what we want.

Raise your prices if you have to, and if you go out of business, sorry – that’s the American way. And Mr. Pink would agree.