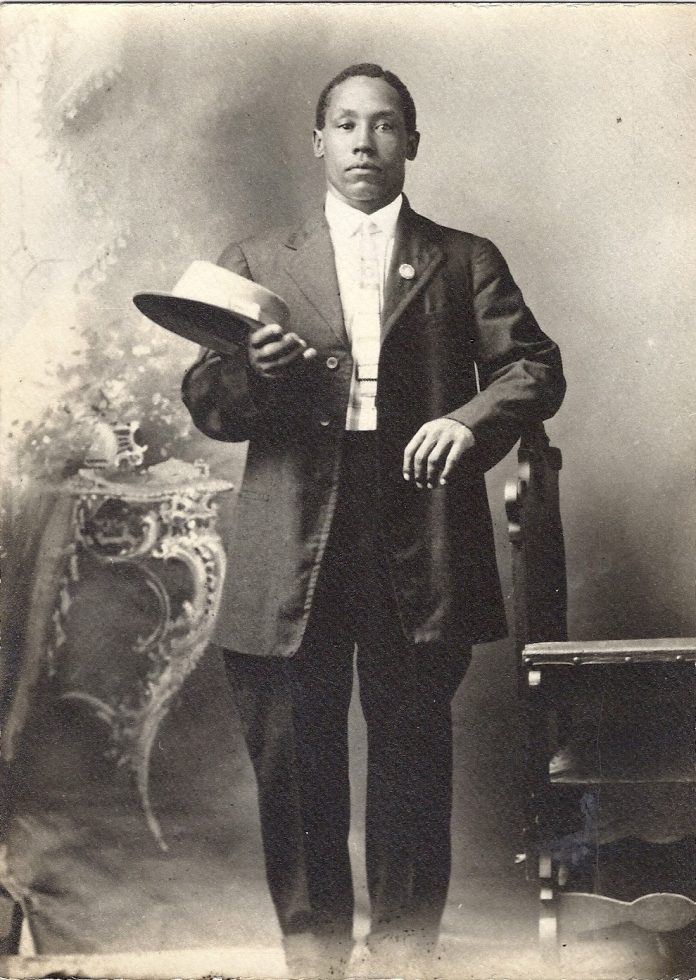 Museums are good at capturing moments in time: turns of the century, historic events, artifacts and remembrances. However, they are seldom transitional; they are seldom change agents. So, when Cassandra Harris-Lockwood, CEO and President of For The Good, Inc., decided to start the Oneida County Black History Archive, it was more than Black history she was working to salvage – but Utica’s history itself.

Now, this collection, begun in 2011 with the collaboration of two Utica College professor PhDs, Dr. Jan DeAmicis and the late Dr. Paul Young, is permanently a part of the Hamilton College Special Collections.

“I’ve never seen Black culture presented in such an expansive and dignified way around here,” said Cassandra Harris-Lockwood.  “The collection captures something truly comprehensive and significant to the history of this area. Scenes of families, soldiers, events, clubs, huge gatherings, portraits, pets, political operatives, party goers, holiday meals and birthday parties are all celebrations of our Americana. There are numerous photos of musicians, entertainers, Masons and Elks. There are diaries and documents, and newspapers histories of churches and more are all included.”

Part of the reason for the amassing of these items was not to show, but to preserve a heritage and culture of area Black families whose traditions and stories may have otherwise been lost.

When it comes to the roots of Black music as an art form in Utica, Harris-Lockwood says that according to her research and newspaper clippings, Evelyn “Skippy” (Cleage) Mitchell was the pioneer Jazz vocalist in Upstate NY.

“Aunt Skip was a headliner in Syracuse for the 1935 New Year’s Eve celebration. “She was from Gloversville but honed her skills on the stage of the Appolo. Uncle Fred was a soldier and a boxer from South Bend, Indiana.

They got married and she and Uncle Fred settled in Utica and brought Jazz to Utica and Jazz wiped out the degrading and very popular minstrel shows that permeated the Upstate NY at that time.

But by the time we came to Utica in 1954 Aunt Skip was a highly regarded secretary for Oneida County and worked at Broad Acres.

“I didn’t realize what was really going on when I was a little kid,” said Harris-Lockwood. “Jennifer and I would get in the back seat of the car after church and Uncle Fred would drive us someplace. We’d get out at some cabin type place and Aunt Skip would hand her folder of music to the pianist. Uncle Fred would take out his bass viol from the trunk and set up with the piano player. Aunt Skip would sing the Jazz songs Mom and Dad would play at home, Ella, Sarah, Diana. Some of the songs I would hear on the radio. The combo would back her up. Jennifer and I would sip on our Shirley Temples and beam and bounce around while the audience would applaud.

“It was just what we did. I didn’t think about it much after growing up but that was my introduction to the world of music.”

“Some of Aunt Skip’s clippings, now in the collection, refer to “Real Colored Musicians” in their pitch. Vaudeville and minstrel shows gave way to Jazz as an authentic entertainment art form. Pianist Jock Phoenix held down the first Jazz combo locally. But many of the small number of local Blacks shunned Jazz and called it ‘devil music.’

Dr. Paul Young’s work includes interviews from those active in the 60’s and the Civil Rights Movement such as Carol Crooms.

Preserving this documentation of African-Americans living in the Mohawk Valley is a part of Utica’s unheard history, has become a vital piece of work that Hamilton College was proud to take on.

One of the standouts in the collection was from Clinton, A. Faye Bennett who was an alternate to the Democratic Convention in the 1950’s. That part of the collection was donated by Mark and Susan Mojave having found a cache of documents and memorabilia in the upstairs of the Bachelor Seed building which now houses Gerber’s Tavern.

Another notable item is a reproduction of a poster advertising for Colored Day at Sylvan Beach. Make no mistake, Jim Crow started in New York State.

For The Good, Inc. was responsible for gathering and holding the collection but it became clear that the difficulty of finding and maintaining appropriate funding for the protection and longevity of the archive would be an ongoing problem.

“I was very relieved when Christian Goodwillie, the Director and Curator of Special Collections and Archives at Hamilton was so impressed and so very positive about the Archive and making it a part of the college’s Special Collections.

“The oral history materials are fantastic,” says Goodwillie “They capture Black life in Utica as the African-American population began to boom in the early 20th century.”

Goodwillie called the collection a wonderful asset that will likely be used by students and faculty to get an insight on what it meant to be Black in the local area not too long ago.

The collection also includes the papers and clippings of Kate Oser, a Clinton resident who was deeply involved in social justice struggles in the Mohawk Valley from the 1960s through the 1990s.

Harris-Lockwood said that she got the idea for the archive after meeting an elderly Black man in the Clinton grocery store in the late 1990s. He said he was from here and had grown up here and piqued my interest in the history of Black folks here. His story became my first interview. His bio was the beginning of the archive,” she said.

“So, now,” she says, “the Oneida County Black History Archive has a permanent home. It’s time to get out there and make some more history!”