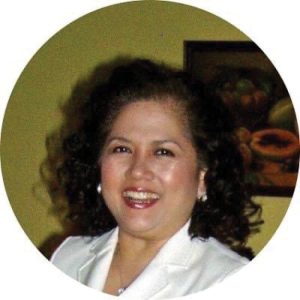 Refugee (refyoō jē), a person who has been forced to leave their country in order to escape war, persecution, or natural disaster. From the French word refugie, meaning gone in search of refuge.

The 1951 Refugee Convention is a key legal document and defines a refugee as: “someone who is unable or unwilling to return to their country of origin owing to a well-founded fear of being persecuted for reasons of race, religion, nationality, membership to a particular social group or political opinion.”

The UN Refugee Convention declared that refugees have the freedom to work, freedom to move, freedom to access education, healthcare and basic other freedoms that would allow them to live their lives normally, just like you and me.

Much of the initial migration to North America was primarily of people fleeing religious persecution. Protestants fleeing persecution from what was then majority Catholic Europe. This was followed in 1846 by the wave of Irish arrivals, often considered as immigrants, but really fleeing starvation, disease, and death. This was followed by the “Forty Eighters”, from 1948, Germans who fled autocracy and regionalism, the French who fled the revolt to bring down the monarch Louis Philippe. In both cases, by definition, these people are refugees, although we often think of them only as immigrants.

America has not always been willing to offer refuge. Even before it became a nation, the colonies turned against those who were seeking what the colonists themselves sought: a refuge from suffering and an opportunity to build a new life. Those French Catholics were blamed by then Virginia governor for “discontent among the people as we had no Roman Catholics here before and they are very great Bigots.” They were ultimately returned to England and imprisoned. Those Irish were greeted with hostility. “No Irish need apply” signs were common. The Germans had a more welcome reception, until they became active on behalf of the enslaved. They were described as “the worst kind of crazy visionaries ever thrown upon our shores” and “by far the most dangerous element in our population.

Asians started arriving in the late nineteenth century. Arrival limits were first employed against Asians, and by the early twentieth century against all countries except those, like England, most closely linked to the United States. That shut down was complete by the 1920s. The unwillingness to aid the Jewish refugees in the 1930s even when their fate under the Nazis was clear, remains a shameful episode in a nation that was built on the notion of providing refuge from religious persecution.

Utica has always been welcoming to refugees. We have Irish, German and French. We have Syrians and Lebanese, Vietnamese, Cambodians and Burmese, Bosnians, Ukrainians, Albanians. Sudanese and Haitians, and so many others. Each wave of immigration (Irish, Italian, Lebanese) was rejected initially, but after several generations, the refugee evolved into the native, and became full participant in the community. It seems it will take more time for the Africans and Asians to assimilate, probably due to language and cultural barriers, but if the original Italians and Lebanese who arrived in Utica did it, so can they. Maybe in a couple more decades.

Now we have refugees from Afghanistan flying in, refugees from South America and Haiti walking to our borders. Who decides who gets in and who gets sent back? Who decides they are entitled to pursue freedom and happiness? We do. We get to decide. We do by the kind of lawmakers we send to congress. We do by the local officials we elect. We. Who are ourselves descended from immigrants, or whose ancestors were immigrants.

Or were they refugees?