UPD Lawsuit Settles Without a Whimper 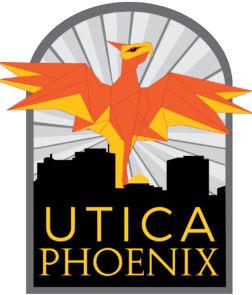 At the end of the day on January 23, 2012, I was about to leave for St. Joseph’s St. Patrick’s Church to premier the song I composed in honor of the newly canonized St.Marianne Cope. As I was packing up my guitar a man came into the office, asked my name, handed me a file and said I had been served.

I opened it to find the details of a $6 million lawsuit brought against me and For The Good,Inc. the parent organization of the Utica Phoenix. In reporting on a police incident, “UPD Caught On Tape” which had disturbed the community, I wrongly named two police officers in reporting on the case.

An uploaded a portion of a video tape of the incident brought to me by the Oneida County NAACP’s, Venice Ervin, brought into question the chain of possession that the UPD uses when evidence is gathered. In this case it was drugs. The video went viral. I was initially struck and terrified by the lawsuit.

I knew I had made a mistake, actually two mistakes, but there was no malice involved, which is what
the officers claimed in their lawsuit. A $6million lawsuit is no joke.

I immediately called upon St. Marianne, the Mother of Outcasts, to intervene on
my behalf. I prayed for the protection of Jesus Christ and proclaimed that this lawsuit would not prevail. The fear and terror immediately disappeared.

I went to church, introduced the song to the congregation and never feared the outcome again.
Though I suffered threats, insults and condemnation and the Phoenix lost advertisers as a
result, I continued to rely upon her intervention on my behalf.

Even last year when depositions were held and the NAACP representative, Venice Ervin, lied
under oath, I knew they would not, could not prevail. Sullivan vs. New York Times is the case
law under which this question would fall and considering that I wouldn’t know these officers if
I fell over them, I did not act in malice.

In fact over the years the Phoenix has been a platform for building community. I have personally intervened in police investigations, counseled individuals, met with officers and police officials in some of the most difficult situations. I’ve put myself in harm’s way to be of service so, for me to suddenly
be accused of harboring ill will against the police did not hold water.

I knew that even as Venice Ervin had tried to “throw me under the bus,” neither would he or
the police prevail. This past spring when FTG’s insurance policy came up, I read through the terms and
conditions and found out that the attorneys for the company had settled the lawsuit for $72,500 without my knowledge.The former company also cancelled our policy because of the suit. I would have fought it but the company figured it was cheaper to get out than have to pay the lawyers to fight it in court. I
think there was some sort of non-disclosure clause but since they didn’t run it by me, here’s the story.

The UPD Benevolent Association settled this casewithout a whimper because they knew they weren’t going to and couldn’t win. My reputation was sullied, they maligned me and this publication when their
questionable practices were brought to light.

The police officers who were wrongly named received personal handwritten apologies, their names were corrected in print and publicly online and in print apologies were made.Theirs was an attempt to crush
and quiet the only independent news publication that stands up for the people, the Utica Phoenix.

America’s Fourth Estate, a free and independent press, is what keeps us free from tyranny.
Thank you for reading the Utica Phoenix.