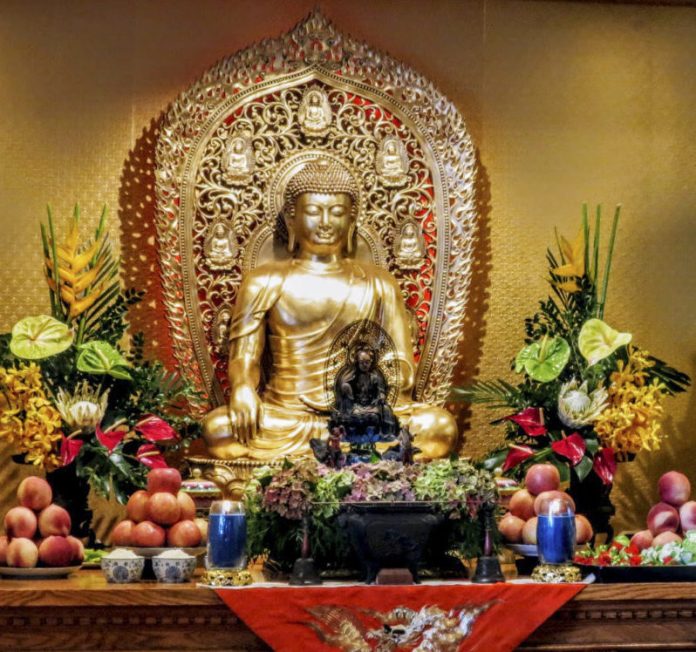 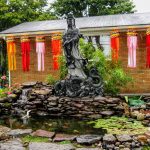 The Buddhist community of Central New York celebrated the Ullambana Festival—or, the Vu Lan Ceremony—on Sunday, September 3 at Dinh Thanh Temple in Frankfort, New York. Held by Buddhist Monks Thich Trung Tai and Thich Trung An, the ceremonial occasion served to remind practicing Buddhists to express gratitude to parents, ancestors, and the heroes who gave their lives for peace.

The Yulanpen Festival, also known as the Ghost Festival, is an important event in Asian culture that originated from Buddhist tradition and has gradually become one of the most important festivals in China and East Asia. It takes place on the fifteenth day of the seventh month of every lunar calendar year. The term Yulanpen comes from an ancient Buddhist text, and ullambana means “hanging down,” describing the fate of those who are believed to hang upside-down in “hell.” Hence, there are rituals during the festival that are performed with the purpose of saving the deceased with offerings of food and wealth. Today, the annual festival is one of the most important to be celebrated throughout Asia. 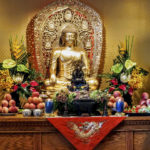 The most important tradition of the festival is ancestor worship, and it is the cornerstone of the sacred ceremony. Dancing and releasing river lamps are staples of the festival. However, because the festival is centered around ancestor worship, traditions that serve this purpose include making offerings to the dead, gods and ghosts; burning paper money for dead relatives; and offering rice and money to the poor, to name a few. The Yulanpen Festival promoted the integration of Buddhism into Asian culture, and thus is a crucial annual ceremony for Asians and Buddhists everywhere. 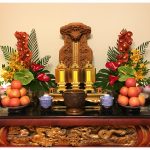 One of the most heartfelt traditions of the ceremony is “a rose for your pocket,” and symbolizes the special maternal love that teaches every child the most important lesson of all: love. The tradition is described as an establishment of mindfulness, a practice that helps one become aware of the happiness that dwells within and around one, which is believed to pervade every aspect of life at every moment. The ability to recognize the ever-present happiness that exists everywhere was signified by the roses pinned on each participant’s pocket at the festival. 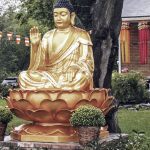 Nammo Shakya Muni Buddha, a speaker at the event, urged participants to become more aware of the presence of their parents, because their recognition is crucial for the realization of the happiness always available to everyone. He said that, when the rose is pinned, attendants should remember that happiness is not their own satisfaction, because when parents suffer, they all do. Or, vice versa, when the child suffers, so do the parents. The speaker reminded attendants that “happiness is not your personal matter,” which served as a call for selflessness and to put the needs of others before oneself. According to the message, parents and children should be mindful of the other’s suffering and make the effort to lift the other’s spirits in times of need. 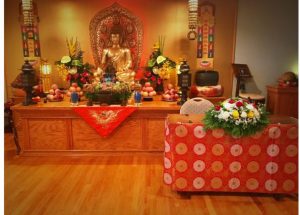 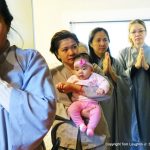 With the passing of another Ullambana Festival, the spiritually renewed Central New York Buddhist community can look forward to another year of spiritual growth until the next festival takes place again next fall. 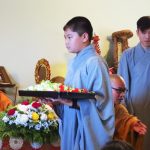