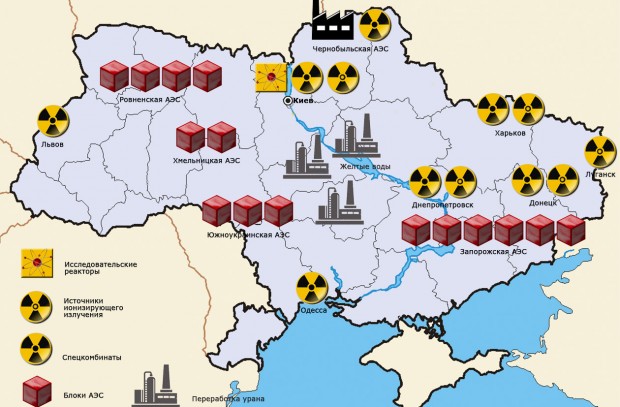 Long before the “Art of the deal” was popularized, American fingerprints had smeared many a broken treaty, congressional doublespeak gained acceptance, and the professional BS artist became a job title. At the time of the collapse of the Soviet Union, the world looked to America for stability and leadership. The tenuous balance of power hinged upon control of the existing nuclear arsenal garrisoned in the former USSR. US Military intelligence had long been aware that the bulk of the armed missiles were clustered in the fertile fields of the Ukraine.

“Clinton salutes Ukraine for abandoning nukes” was the headline of the excerpted article that follows: “Welcoming the president of Ukraine yesterday, President Clinton expressed the world’s relief at the former Soviet republic’s decision to give up its nuclear arsenal. Clinton pledged that “America will stand with you to support your independence and territorial integrity.” That promise was made publicly to then Ukrainian President Leonid Kuchma. Who, prior to becoming Prime minister and twice elected President, was a nuclear engineer? Kuchma understood the wisdom of international cooperation and stability when it came to the nuclear threat.

With an eye to events of the recent past in Ukraine: Russian annexation of the Crimea, boarder incursions that that have been denounced by the UN, the glaring hypocrisy  of former President Clintons words glow like Chernobyl cooling towers . Ukraine surrendered a nuclear arsenal whose total strength made it the world’s third-largest nuclear in exchange for an American promise made by one president but ignored by subsequent administrations.

In the years since the above mentioned promise Russia has enjoyed a free hand to squeeze the Ukrainian people out of every dollar possible. Russia controls the flow of natural gas to the Ukraine heartland. During the coldest winter months gas delivery slowed the price rose and the Ukrainian people froze. America failed to intervene then and failed to act when civilians were overrun by Russian backed military in 2015.

Why should any nation believe the US when negotiating arms reduction treaties that are pinned to protection promises? Why should Poland allow US missile bases now when the next administration might not honor the promise of military support? During the Warsaw uprising of 1944 the promised military support for the Polish home army never materialized.

The fearless Polish resistance fighters suffered over 85% casualties. Can the US guarantee Israel will not strike its unarmed neighbors in retaliation? When we fail to honor our promises of military support is it any wonder other nations seek to develop nuclear weapons for their own defense?

Now North Korea seeks to develop nuclear capability. If the US had a credible track record it might be possible to negotiate a nonaggression treaty with China and South Korea guaranteeing N. Korea territorial integrity. Instead we use threats of annihilation otherwise known as bully diplomacy. Our other tactic is to impose economic sanctions that cause the civilian population to suffer. Remember the UN reports of millions of civilians dying as a direct result of US sanctions imposed on Iraq?

When Syria used chemical weapons against its citizens our response was to launch Minute Man missiles that crippled an airbase for a day. It cost the US taxpayers over $64 million and accomplished nothing. Keep in mind that Raytheon Corp. gleans a tidy 28% profit from every weapon sold. President Eisenhower warned us of the influence of the military industrial partnership. Maintaining peace and stability through negotiation is cost effective and mutually beneficial, but there is no financial gain to weapons producers. There are no peace and stability lobbyists in Washington, only individuals representing corporate profits.

With our State Department crippled by broken promises of the magnitude of the Ukraine sellout, it is no wonder the world slips ever closer to war each day. Maybe President Trump is right: the UN is irrelevant and negotiated settlements don’t work. In that case we should disband the State Department. We could reallocate their bloated budget to the Education department, specifically History. It seems we have an entire

generation that is clueless as to the causes and cost to humanity of armed conflict that history teaches.