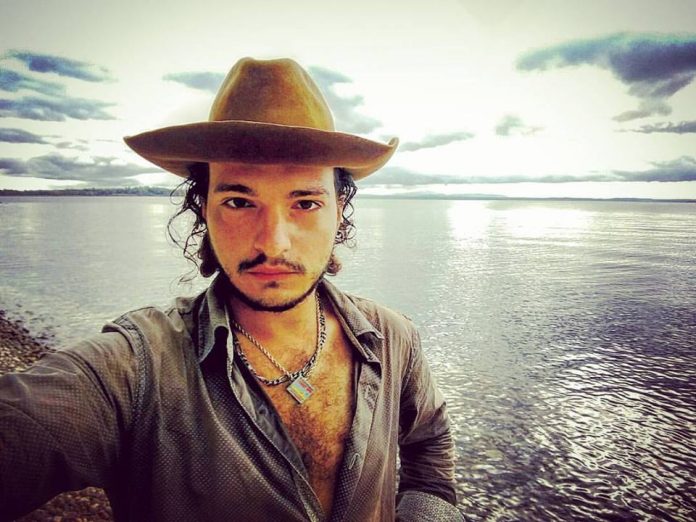 Early in the morning on July 14th 2017 Utica native Marco Martoccia embarked on the first leg of what can only be described as a ‘unique journey’. He planned to navigate New York State’s waterways for a solo journey to Brooklyn New York. As if that wasn’t enough he also planned to use the same method to reach Montreal- from Brooklyn. He planned to accomplish this personal goal all in one trip.

How and why?  The first two questions any curious observer would want answered. The nature of the trip is akin to a National Geographic expose sans the professional photographer and seemingly bottomless budget; just him, a lot of gear, a canoe and miles of water. What could go wrong? And why on earth would anyone volunteer their time to accomplish this?

Marco’s friends, a tight knit group of locals that go all the way back to High School, describe him as a detail oriented enigma. “I’ve known him since freshman year in high-school” said Ryan Morris. “He was a quiet kid for the first three years and in our senior year he ran for class president and won”. Add unpredictable to the list of qualities that can be used to define Marco. “He was rather normal, he really didn’t stand out, but in senior year he went ‘suit and tie’” Morris described.

It was a defining moment in his young life. He redefined himself, set a clear goal and succeeded. “I’m not sure exactly what happened but he kind of lost interest” Morris said in observation of his short stint in school politics. Martoccia’s explanation makes more sense. “I was forced to step down when I attempted to Institute a Parliamentary Procedure”. The details of his departure aren’t important but suffice it to say “Tempers flared” in Martoccia’s words.

To the casual observer Martoccia is not the average citizen. Even though he owns a car, he walks or rides a bike almost everywhere he goes. He has taken up the cutting edge hobby of ‘mining BITCOIN’ (online currency) to make a living. And at least once a year he takes off on an adventure. “He has done so many things like this (canoe trip to Brooklyn and Montreal) I don’t really worry anymore”. Morris said in reference to Martoccia’s spontaneity. “One year he up and left to Mexico and wandered into a regional conflict…bullets were literally flying around him” Morris added.

If you made a movie about his eclectic lifestyle and included all the people and places he’s been it might be confused for a sequel to ‘Forrest Gump’. He has run the Boilermaker Road Race six times (70 minutes was his best) and completed the inaugural Empire State Marathon.

“I have walked the first 200 miles of the Appalachian Trail three times…the first time was 2013” he humbly shared. “I meet really interesting people and always find a new appreciation for what I left behind”. He was referring to fresh food, shelter, and hot water.

What separates Martoccia from other explorers and adventurers is his lack of sponsorship. His adventures require painstaking preparation. He sticks to a plan and despite what may come makes changes accordingly.

“Last year I did the Utica to Montreal trip by canoe” he explained. “This year I decided to go south but then I thought…why not Montreal too? He pondered.

Martoccia is used to working with a shoe string budget. He works with a pretty simple theme: low cost, zero emission and off the grid. To help him stick to this idea, his friend, Brett Truett, gave him a beat up canoe for this year’s trip. “It wasn’t exactly seaworthy when I got it, but I knew after a little work I could get it on the water safely”. He patched it up, took it on a test run and decided it would work.

“I packed all my gear in the canoe, camped out on the canal the night before and left in the morning” he explained. Marco’s trips are educational forays into a wild America. Places rarely disturbed by humans with, cell phones, minivans, SUV’s and kids in tow. His classroom is the world and the lesson is living.

His first few trips into the wild along the Appalachian trail prepared him for the epic canoe journey. “When I first started out (along the trail) I used to bring a lot of oatmeal, cheese, flatbread…stuff like that” when pressed he admitted Snickers and Slim Jims were also his snacks of choice on the ‘trail’.

Along with food and simple camping gear he also brought along a portable modem and solar panels to power it. “I lost the panels and the modem in high winds” he paused “it became a life and death decision to let them go after I tried to go back and get them” he said. The irony of him risking his life for technology he gleefully left behind in the real world was not lost on him. The danger of the trip itself was not overlooked either. “Every trip there is an element of danger”.

The trip south was relatively uneventful. He ran into inclement weather and had to stop for shelter a couple of times. He navigated the busy Hudson River into Brooklyn safely, took some rest for few days and prepped for the second leg of the trip. “I originally planned to moor the boat at a Superfund site, I found out about the health risk and found a better spot.” he said.

Going north from Brooklyn was tough, he fought high winds and the current at times making travel nearly impossible. “One time the current was going south and the wind was blowing north, I can’t swim, so it gets scary when you have little control over the canoe” he said. There were times when he was truly worried for his life, but his experience and painstaking preparation helped him overcome the fear and he never panicked. Without injury he completed the trip to the outskirts of Montreal.

Marco spent six nights in Montreal with friends. His friends back home were with him every step. “Before when he took off you might not hear from him for a few days, sometimes a week” shared his friend Ryan Morris. “He obviously-“sort of” streamlined the process because he checked in via Facebook daily this time” he added.

Martoccia made it back to Utica on Monday September 4th (close to midnight) after more than a month and a half on the road (river). The sense of accomplishment seems missing from this humble man. It appears he is already thinking of his next adventure.

Martoccia also has a YouTube channel where you can see him paddling along a stretch of waterway. He looks into the camera, silent, thinking, letting the sound of the water and paddle do the talking, and communicating on an esoteric level. For this observer it was an exercise in freedom. A reminder that we can do what we want when we want where we want. This is an acknowledgment of sorts.

Marco Martoccia has shattered the notion that we need money and wealth to go on adventures. In many ways he reminds us that life itself is an adventure; take a deep breath and dive in with him.