“The Law with Paul” 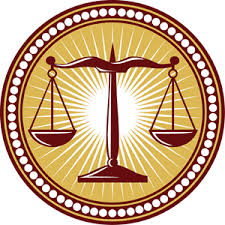 I would like to first thank the Hon. Joan E. Shkane for offering to turn this column over to me. She has been incredibly supportive and helpful throughout my career as well as her editing, input, and assistance with last month’s articles. I wish her the absolute best in her retirement after a long and successful career!

This is a continuing discussion of Legal Myths and Realities because an informed citizen is usually the most successful citizen.

MYTH: A teenage child gets to decide which parent they will live with when the parents are divorced.
REALITY: Although a child’s preference is something that the court has to consider, a child under eighteen years of age cannot choose which parent to live with absent the agreement of both parents. If the parents cannot come to an agreement, the judge must make a decision as to which parent would be in the child’s best interest to live with. As a child gets older, his or her preference will be more important to the judge, but not binding. It is also very important to try to keep the children together if there are siblings. Once the judge decides which parent the child will live with, then the judge will determine how much visitation the other parent can have. For holidays, the courts usually try to provide equal, or at least substantial time, for each parent. In some cases, the judge may decide that both parents should have the same amount of time on an even schedule.

MYTH: If a person owns a house before they get married it becomes owned by both spouses after the marriage.
REALITY: If a home is owned prior to a marriage it can remain owned, at least in part, by the spouse that purchased the house prior to being married. It is especially important to know if the house was paid off prior to the wedding. If it was unless there were large improvements made during the marriage the property will likely remain the property of the one spouse. There are ways that the non-owner may make a claim to at least some of the value of the home. If there are major improvements, the other spouse can make a claim for the increase in the value of the home due to those improvements. Or in another example, if the home still has a mortgage at the time of marriage, the other spouse can make a claim to one half of the mortgage reduction during the marriage.
MYTH: A mortgage lender (usually a bank) is not subject to a statute of limitations regarding a foreclosure action on a person’s home.
REALITY: A bank is subject to a six-year statute of limitations to bring a foreclosure action. Statutes of limitation provide a very strict rule that a case must be brought within a very specified time frame. There are several reasons for this rule and they vary from different types of cases. If the time frame is missed, it is very likely that the case will be dismissed without ever having a trial. For example, if the bank misses the six-year statute of limitations to bring a foreclosure, they are very likely prohibited from bringing a late claim regardless of whether or not the defaulting property owner missed their payments.

Giving attention to Legal Myths is not wrong. It can be a starting point for developing an interest in the Law. However, if legal issues are important in your life, for instance, but not limited to, custody of children, money payable for any reason or any other civil or criminal matter, it is wise to consult with a lawyer who can advise you of the truth of the many legal myths. This discussion is not intended to render legal advice on specific cases or to express an opinion on any specific case or to display any predisposition.