The United States vs. Billie Holiday…Fact and Fiction 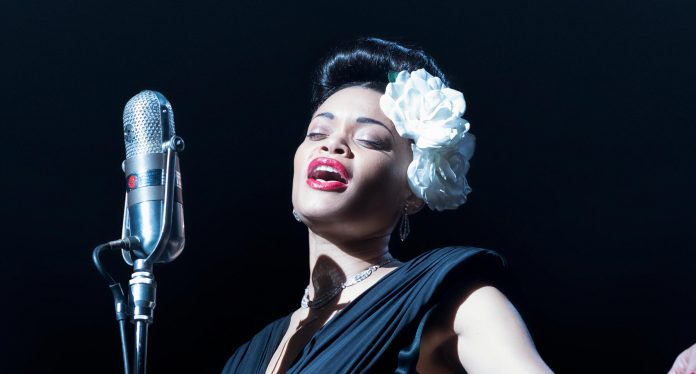 The Heat Beat: Insight and Reflections on the music heard on Phoenix Radio By Jess Szabo, Arts Writer

Learning about music through film: Fact and fiction in The United States vs. Billie Holiday 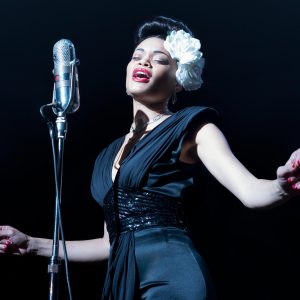 Listening to music, watching movies, and teaching yourself at home have grown increasingly common, if not popular, over the past year, as we’ve dealt with staying home more and avoiding crowds. And watching a current film offering the “true story” of a famous Jazz singer might seem like the perfect blend of those activities for Phoenix Radio listeners.

Much of what the film teaches is true. Anslinger was famous for being racist, even by the standards of the 1940’s-1950’s, when segregation was treated as though it were normal, rather than the evil we know it to be today. He reportedly used the “N” word so much, even in offical memos, that his own senators suggested he resign.

Anslinger was particularly fixated on Jazz music as the embodiement of evil. He blamed it for creating and encouraging drug use and addiction. While drug use was common among the Jazz scene of this era, it was far from exclusive to black people, and it was not Anslinger’s true concern. Had he honestly wanted to erradicate drug addiction, he could have placed the blame on a number of different artists. He didn’t. Ansligner focused on Billie Holiday.

His reason for targeting Billie Holiday had two parts. One, she repeatedly sang the song, “Strange Fruit,” with lyrics that address lynching in the south. Lynching was a horrific, but common feature of white southern culture in a time when the dominant culture across the country dictated that problems should be hidden away rather than solved. That is, powerful white people preferred that everyone just pretend lynching didn’t happen, and they certainly were not about to tolerate a black woman getting up on stage and singing a song about it.

But Anslinger had a more subtle reason for focusing his hatred on Billie Holiday. Holiday indulged in expensive luxuries. She wore gowns and furs. Most photos of her show a woman with carefully styled hair, decorated with her trademark gardenias. Her makeup followed the trends of the time. For a black woman to dress and fix up her appearance in a way that suggested she deserved the same things white women enjoyed was particularly offensive to Anslinger’s racist sensibilities.

With the goal of ruining her, Anslinger relentlessly targetted Holiday, making sure she was not only arrested for drug use repeatedly, but ensuring that she serve time in prison rather than receiving treatment for her addiction. This is all accurately reflected in the film.

Although the general story is true, and those new to learning about Jazz history could indeed begin to learn about an important period by watching this film, it is important to remember that it is still a fictionalied account, and should only be used as a starting point for learning more about Jazz of this era or Billie Holiday, and not as a complete tutorial.

While the timing and details of many of the specific events were fictionalized to advance the overall plot of the film, the biggest differences between the Hollywood version of this story and the true story can be found in the relationships Holiday had throughout her life.

She did have a horrific upbringing, including being raised by a mother who forced her into prostitution before she was old enough to consent to sex work. She  was married multiple times and had several additional affairs. But other relationships were invented or altered in the film. According to the coverage of the film on the website “History vs. Hollywood,” Billie Holiday never had an affair with the undercover black federal agent hired to follow her around and catch her with drugs. While he did describe feeling sympathetic toward her, and they did talk as friends and even dance together, they never had any type of a romantic relationship. This was added in to the film based purely on speculation caused from them reportedly getting along, and being seen dancing together. That same article asserts that he never followed her on a cross country tour, or visited her as she lay dying. Actress Tallulah Bankhead’s role in Holiday’s life was downplayed in the Hollywood retelling. In the film, it is suggested that an affair between the two was nothing more than salacious gossip of the day. But in reality, Holiday was known to be bisexual and to have had multiple affairs with men and women, including Bankhead.

Other, minor encounters and relationships were invented. In the film, Holiday is interviewed for the radio by an obnoxious man named Reginald Lord Devine, who asks ridiculous questions and makes racist remarks. While he was based on two real people, this person is fictional, and the exact interview seen in the film did not take place. Throughout the film, Holiday is also seen in the near constant company of her stylist, Miss Freddy. There never was such a person in real life.

Overall, the film is entertaining, and does offer a glimpse into the portion of Jazz history that forms its plot. But like all Hollywood films, it is not the complete…or a completely true…story.

To learn more about Jazz right here at Phoenix Media, be sure to tune into Masters of Jazz on 95.5 The Heat: Phoenix Radio, www.955theheat.com online. Masters of Jazz is hosted by Lou Santacroce every Sunday from 2 p.m. to 6 p.m., and is broadcast exclusively on Phoenix Radio.

Jess Szabo is a novelist, writing teacher, and arts writer from Utica. More of her writing can be found on Artist Cafe Utica at www.artistcafeutica.com