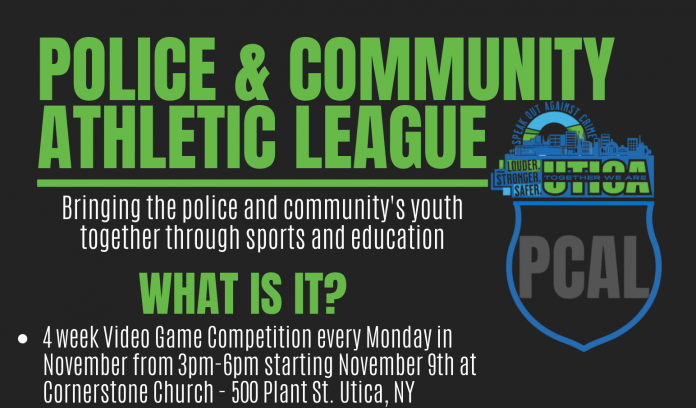 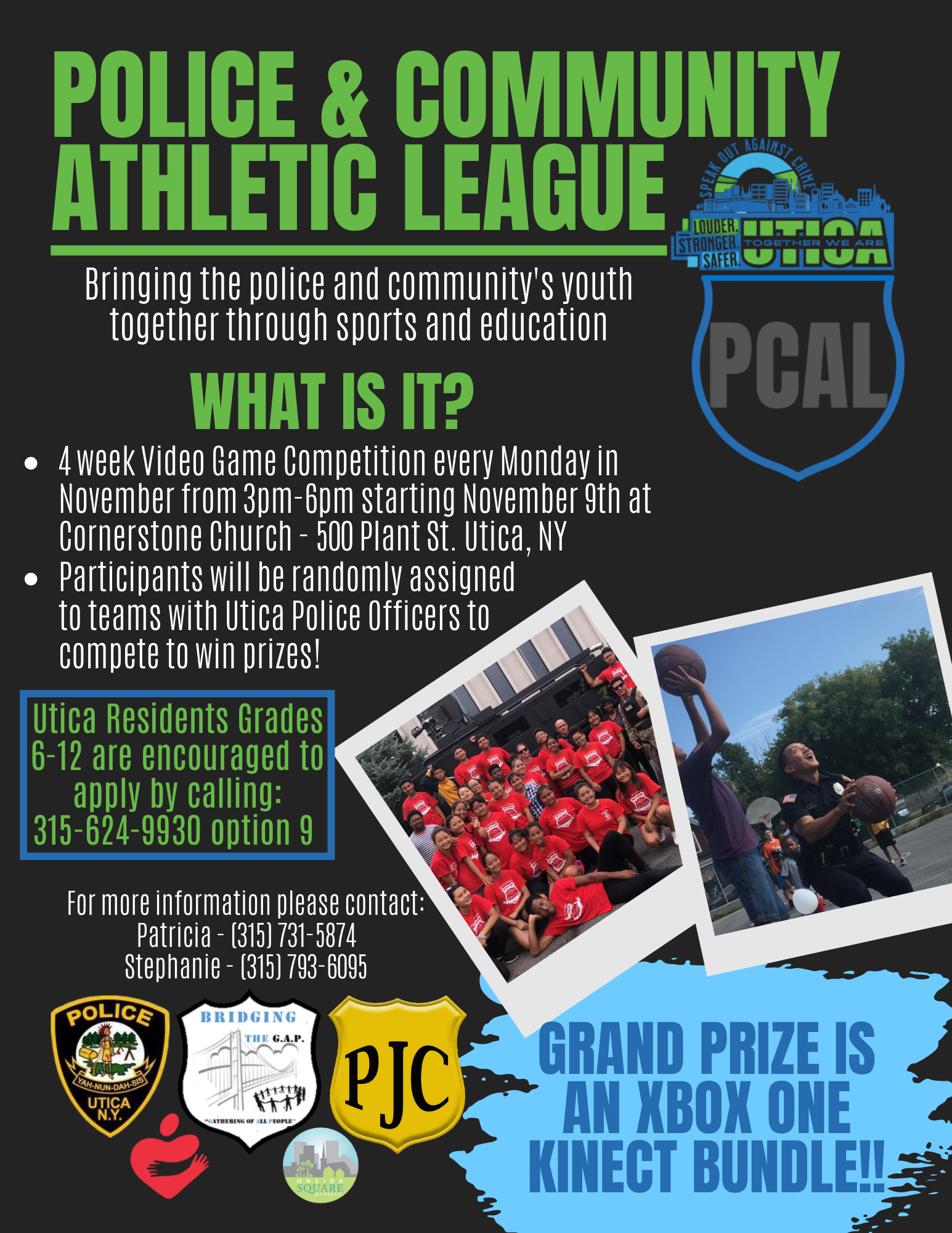 Mayor Robert Palmieri today announced the Utica Police Department has partnered with community members to form a Police & Community Athletic League (PCAL) to promote positive interaction between law enforcement and our community’s youth.
PCAL is a partnership between the Utica Police Department, Bridging the G.A.P. (BTG), Pathways to Justice Careers and the Oneida Square Project.
In February, the City of Utica’s Access and Inclusion Committee organized a Solutions Summit which brought the community together to discuss effective ways to stop gun violence.
Support for PCAL was expressed by community members who attended the Summit. This program is being implemented due the collaborative efforts of Bridging the G.A.P. and the Utica Police Department over the past several years.
Due to the limitations of physical and athletic interaction as a result of COVID-19, the first PCAL activity will consist of a 4-week Video Game Competition that will occur every Monday in November, beginning November 9th, from 3:00pm-6:00pm at Cornerstone Church, 500 Plant Street Utica.
Any Utica resident between grades 6-12 can participate. To register for the program, you can call 315-624-9930 and press option 9.
Participants will be randomly assigned to teams with Utica Police Officers and compete to win prizes. The grand prize is an Xbox One Kindle Bundle, which was donated by the New York State Association of Chiefs of Police.
For more information about PCAL, you can contact Bridging the G.A.P. Member Patricia Washington at 315-731-5874 or Pathways to Justice Careers Project Director Stephanie Heiland at 315-793-6095.
Mayor Palmieri stated, “In order to promote positive change, we must build relationships, especially with our City’s youth. The PCAL was an idea the community put forth and we are excited to implement it. We encourage all eligible residents to participate and have positive interaction with law enforcement.”
Utica Police Chief Mark Williams stated, “I strongly believe that Police Athletic Leagues will help connect police officers with the youth in the community and build meaningful, lasting relationships. Through interaction with our youth, one of our goals with the PCAL is to interest them in a career in law enforcement and serving their community. A small investment of time can make a meaningful difference in the lives or our children.”
Bridging the G.A.P. Members stated, “If a child learns to respect a police officer as their mentor or as a friend on the playing field, chances are they will respect that officer(s).”
Pathways to Justice Careers Project Director Stephanie Heiland stated, “Creating a Police & Community Athletic League in the City of Utica will give us the opportunity to help foster positive relationships between the police and the community while giving youth a safe place to engage in both physical and academic activities. The Access and Inclusion Committee has worked diligently on our community-determined “Solutions” from the Solutions Summit. We know the importance of relationship building, diversifying the public safety sector, and listening to the community’s needs. I believe creating a PCAL is a great step in the right direction for this city.”