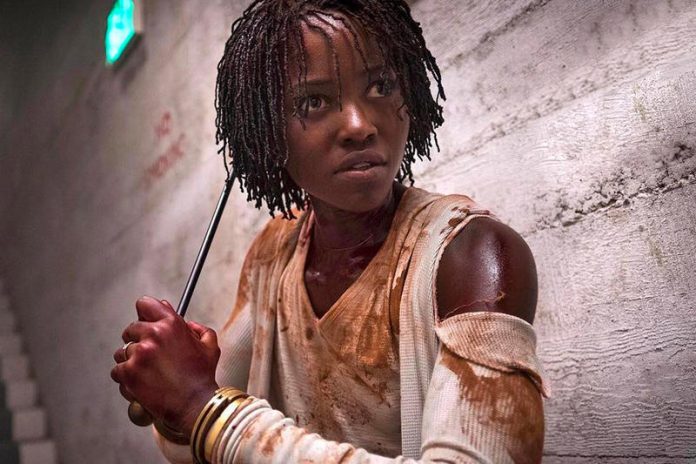 “Us” is the second movie crafted by rising filmmaker Jordan Peele, and immediately joins last year’s “A Quiet Place” as one of the better horror titles of the decade.

Like its predecessor “Get Out” (Peele’s 2017 directorial debut) “Us” is ripe with social and political commentary – some subtle, some not so much – and Peele’s personal blend of strangeness. What we have in the end is an excellent horror movie that’s fun from an entertainment standpoint and also manages to include some of the most chilling and truly frightening imagery I have watched in a film of this genre.

Peele is an obsessive fan of the “The Twilight Zone” (producing and hosting the upcoming reboot) and diehard fans of the classic series (including yours truly) will immediately recognize its influence in “Us.” There’s a lot to analyze strictly from a filmmaking standpoint. Peele uses the right color schemes, like the antagonists drenched in red, effective cinematography that mixes static long shots as well as tight close-ups to really hit home, and a slowly building tension throughout the early parts. Composer Michael Abels (who also did “Get Out”) adds a brilliant and haunting score to complete the film.

At its onset, we have a standard scary movie. Something as innocent as a family at a beachside amusement park is riddled with an ominous anxiety. Strangers seem to be starring, and the parents of young Adelaide Thomas are bickering in such a subtle way the viewer will immediately feel uneasy. The young girl wanders off alone into a funhouse of mirrors in one of the scariest scenes of the film. The opening at the Santa Cruz Boardwalk is set in 1986, and the movie picks up in the present day as the now-adult Adelaide (Lupita Nyong’o) and her family are on vacation and once again she finds herself near the funhouse.

“Us” is a complement of psychological terror, as Adelaide is a mysterious woman who is concealing some very traumatic event that occurred in her past. Lupita Nyong’o is excellent in her portrayal of the stories main character. She has a persona that exudes emotion, and can be a take-charge woman when the situation calls for it. There are also in-your-face slasher moments, as she and her family meet a group of ominous visitors outside the house right after the power goes out. It’s reminiscent of Bryan Bertino’s 2008 hit “The Strangers” and Peele, a true student of horror, demonstrates he has the chops to show reverence to the greats of the past.

Winston Duke (“Black Panther”) co-stars as Adelaide’s husband Gabriel and offers incredible comic relief needed to get through the extreme tension. With young children Zora (Shahadi Wright Joseph) and Jason (Evan Alex) being both typical and quirky kids, the family is one we really care about and thus want to succeed as they encounter the unthinkable over the course of one long and horrific night.

While it’s best not to reveal too much of the plot, the terror comes in the form of the strangers that are seemingly stalking the family, and the intentions they are harboring for their actions. The wide eyes and crooked smiles are just a glimpse into what horror is beneath the surface.

“Us” can be dissected into its social and political expose, but I won’t get into that in this review. Yes it will make you think deeper than a standard horror movie will. Just like Rod Serling was a progressive voice ahead of his time, Jordan Peele works to do the same with his films. One can pick apart every scene or interaction as a jab at present day America, and that’s fine. But to do so can pull you out of the experience of an excellent and fun scary movie.

Jordan Peele shows he is a force to be reckoned with in the horror genre. “Us” is one to be enjoyed in a darkened theater, and once you get through it, you will want and need to watch it again.