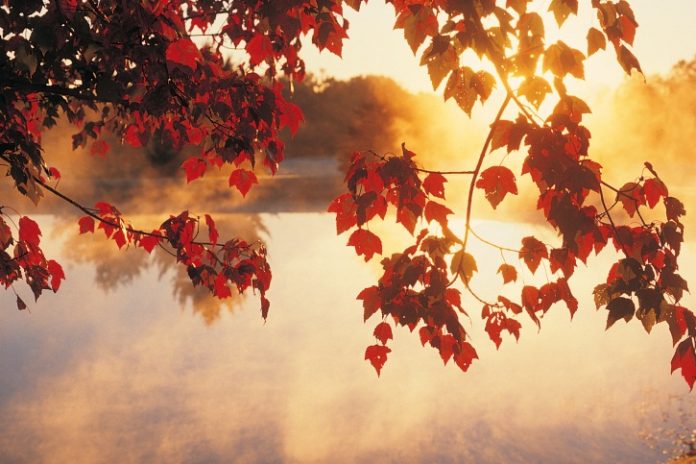 September culturally marks the beginning of autumn, though the season does not officially begin until the equinox of September on the 22nd. College and university start school in late August, while public and secondary schools begin just after Labor Day – the transitional holiday between summer and fall and the last hurrah of the summer season.

For those of the Jewish faith, September marks the high holy days of Rosh Hashanah, the Jewish calendar New Year, and  Yom Kippur, the Day of Atonement. Dates vary with their solar calendar; this year those days are Sept. 9 and 18 respectively.

The month of September is generally fairly mild, with cool to warm, though occasionally hot days. Mornings may be a bit chilly, but frost does not usually occur in Utica and the Mohawk Valley until early October. However, there may be the first frost in the Adirondacks and southern hills, and those who like camping or wilderness hiking in the fall should be prepared for the cold.

Though it gets dark increasingly early with sunset before 7 p.m. by the end of the month, the afternoons are often pleasant enough for a walk in the park or a bicycle ride. Home gardens are generally winding down, with beans, peppers and tomatoes usually still available, soon to become victims of the first heavy frost in early October. Most annual flowers succumb as well and turn brown with the frost, though mums are one flower maintaining their color into October or even November.

The great annual tapestry of deciduous tress changing colors from green to varying shades of red, yellow, orange, and brown begins in the Adirondacks in September, gradually shifting south to peak in the Mohawk Valley in October. Of those who frequent the Adirondacks, many use September or early October to take a final trip before winter into the mountains with their scenic beauty of this colorful fall spectacle.

With schools open, high school football begins, with weekly games usually on Friday nights or Saturdays, providing a strong sense of community, especially among small villages and towns. Cross country meets as well are an important part of the fall school sports.

In addition to schools, most cultural organizations of music, arts, theater productions and museums, and civic organizations and hobby clubs begin their program year in September. While festivals are not quite so common as in the summer months, there is no shortage of annual events in the region. Many of these are related to agricultural production and the fall harvest of the fruits and vegetables that grow in our region, especially apples, pumpkins, and garlic. Here is a list of some of these events in Oneida County and surrounding counties within about  an hour’s drive of Utica.

Venus is quite bright as an evening star during September, but it is low in the western sky. Mercury has an appearance as a morning star in the eastern morning twilight, close to the blue star Regulus. On the 8th, it is in conjunction with a crescent moon.

The Moon has a conjunction with Jupiter on the 13th and with Saturn on the 17th, and Mars is below the waxing Gibbous Moon on the 19th. Mars fades in magnitude to -1.6; the same brilliance as Sirius, the brightest star. Jupiter is above Venus for much of the month.

Fall officially begins at 9:54 p.m. on September 22 with the autumnal equinox. This is just two days before the Full Harvest Moon, the full Moon closest to the equinox.

The moon phases for September are as follows: