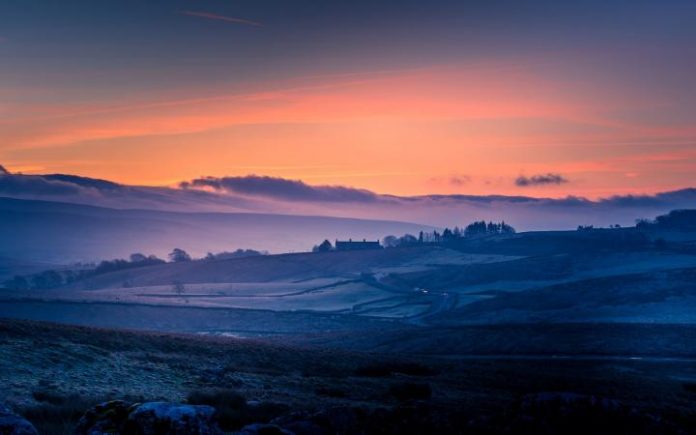 There are two major holidays in January. New Year’s Day ends the holidays season with  a day feasting on holiday turkey, ham, lasagna, goose, or some other ethnic specialty foods. Many watch the Rose Bowl Parade in California on TV, followed by various football bowl games.

Martin Luther King, Jr. Day on January 21 is an important day recognizing the importance of civil rights history. Many unfortunate events in recent years — the killing of black suspects by police and the rally in Charlottesville of neo-Nazis and white supremacists—reveal the realities of still having a long way to go in our efforts to reach racial and ethnic equality. This is also important to Hispanics,  Asians from many countries, and Native Americans, and Eastern European Slavs.

Religious Freedom Day on January 16 is a “proclamation day” (not quite of holiday status but still) of significance and worthy of recognition. The rise of anti-semitic vandalism and killings is reprehensible. Moslem immigrants from the Middle East and Eastern Europe are frequently victims of threats and hate crimes.

Both racial equality and religious tolerance are currently under threat. ALL Americans should work to recognize that current trends during the past few years are unacceptable in our multicultural society. Celebrate if possible in some public or private way the importance of these days.

Holidays and Observances in January

A Cold Winter Month, But Life Goes On

January is a cold and snowy month, with high temperatures usually in the 20°s or 30°s F. In recent years, many days are  in the 40°s or 50°s F. The traditional “January thaw” after weeks of sub-freezing weather is almost unknown by younger people. However, the record low is  -28°F in 1981 and occasionally temperatures barely rise above zero. Many people dread weeks of cold and short days that follow the holiday season.

January may begin with a hangover from celebrations on New Year’s Eve. In recent years, some schools, churches or child oriented institutions have sponsored children and family friendly sleepovers, ending with a special breakfast.

Whether begun with a hangover or not, many people find the month depressing. After weeks of celebrations from Thanksgiving to New Year’s, a let down occurs, as things return to “normal.” During stormy periods, schools close with snow days and social events are canceled. Dangerous driving and walking conditions keep many at home. Some become stir crazy, suffering from what is variously called the winter blues, cabin fever, and more recently, seasonal affective disorder. Vitamin D and getting some sun on nicer days can do much to limit these feelings of depression.

Some embrace the snow and cold with various outdoor winter sports like skiing, sledding, snowshoeing, snowmobiling. For the really adventurous, there is winter camping and ice fishing.  This is important to local economies, especially in the North Country. Unfortunately, there are several snowmobile accidents annually, with at least three fatalities in the region in December 2018. There is increasing emphasis of snowmobile safety, related to common sense on speed and alcohol consumption while snowmobiling.  Laws similar to driving a car while intoxicated (DWI) are being more strictly enforced.

For sports fans, many follow Syracuse Orange basketball, or their local high school team. Ice hockey is big as well, with the AHL Utica Comets and Utica College Pioneers providing exciting games at the Utica Auditorium almost every weekend.

For music fans, there is a wide variety of rock and country at local bars, folk music at the Kirkland Art Center in Clinton or in Holland Patent, Barneveld and Remsen. Classical or jazz concerts are performed at times throughout the winter at Hamilton College, MVCC, Utica College, the Munson Williams Proctor Arts Institute, and live jazz happens at the Other Side.

While annual festivals in January are rare there is a wide variety of entertainment available in the area most weekends with outdoor or indoor sports, music, and other events held at various venues.

January 1st to 3rd provides conjunctions in eastern skies before sunrise. A waning crescent Moon appears with a line of planets to its left, Venus, Jupiter, with Mercury the lowest on the horizon. On the 2nd, the Moon is between Venus and Jupiter, and on the 3rd, the Moon has shifted to the left of Jupiter.

Venus is at its brightest of the year.  As the month progresses, Jupiter is higher and Venus lower, and they are in near conjunction on the 20th to the 26th of the month.

Mars is a bright magnitude 0 in the evening southern sky all month in Pisces, just past sunset.

A lunar eclipse occurs on January 20, beginning at 10:34 p.m., and reaching totality starting at 11:41 p.m. This will be visible across North America if it is not cloudy.

Rising and Setting of the Sun, Moon, and Visible Planets on January 21, 2019

Facebook
Twitter
Previous articleBooks: How Voter Supression is Destroying Our Democracy – a review
Next articleDave Roberts, Licensed Master Social Worker speaks on the inner-workings of decision making and stress as the holidays close