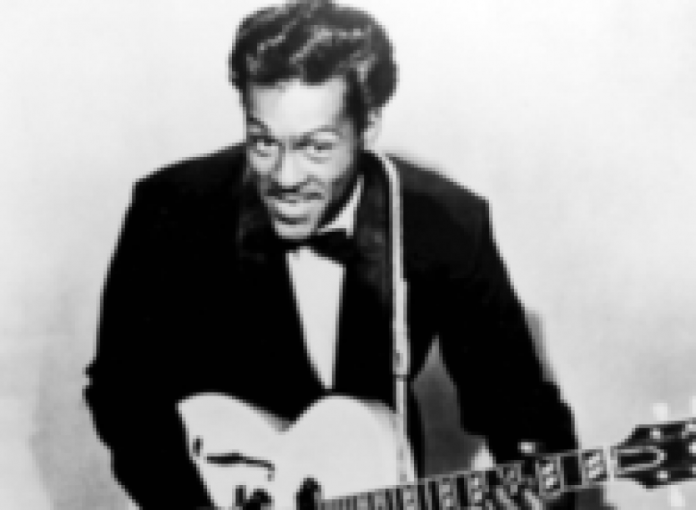 Chuck Barry, born October 18, 1926, has earned a place in the hearts and minds of all of the people in the world who like Rock N’ Roll music. In fact, the late great John Lennon said: “if you tried to give rock and roll another name, you might call it Chuck Berry.”Born and raised in St. Louis, Berry lived his entire life in that city. He had two children and multiple grandchildren and was married to the same woman, Themetta ‘Todd y’ Suggs for 68 years. His life was one of dedication. Dedication to his music, art, and family.

The colorful performer left us all to contemplate his musical accomplishments on March 18, 2017. Most young fans of Rock ‘n Roll, which has evolved into a genre laden mix of styles, may not even know that Berry is the man behind the entire genre of music. Berry was a Rhythm and Blues pioneer who brought a special talent, energy, enthusiasm, and some might even say, ‘attitude’ to the American music scene. He was one of a kind and was known as a star all over the world.
Chuck Berry was the first performer to boldly goose strut across the stage while wailing out tunes on his Gibson. The man who wrote Johnny B. Goode, Rock ‘n Roll Music, Roll Over Beethoven, Maybellene and many others will never be forgotten by true connoisseurs of authentic Americana. He was an innovator and remarkable talent who was imitated but never duplicated.
Let’s all take a moment to appreciate the life and passing of a Great American Musical Legend, Chuck Berry.