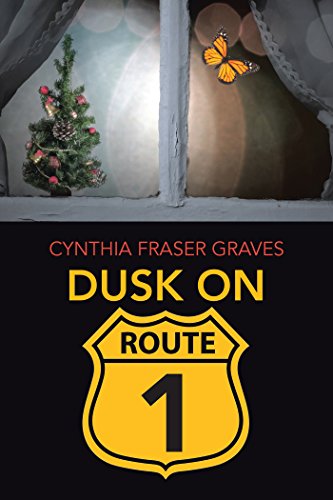 The novel, Dusk on Route 1 by Cynthia Fraser Graves, offers its readers a clear regional setting, with a strong sense of place throughout. The setting, the town of Wells in southern coastal Maine, is an essential part of the story. However, the novel also manages to present a universal sense of despair that is all too common in any location.

Pamela Iverson, though previously living in coastal Maine, is considered a newcomer, returning recently to the area. Pamela has returned to Maine to live with her daughter but goes missing during a nor’easter, still unable to accept the reality of being widowed several years earlier. Pamela’s despair, along with the efforts of people to rescue her from the storm, forms the bulk of the book.

The novel contains several authentic representations of residents of coastal Maine, including local policemen, department of transportation employees and a longtime waitress. Pamela’s character development, as well as Darcine’s (the waitress at the diner), is extensive and believable. The same can be said for the majority of the male characters in the story, including local Wells Policemen and the department of transportation employees.

The intertwining lives of the characters provide insightful analysis into the life of a small town. The Maine Diner is presented, realistically, as a hub of activity for year-round residents of the rural community, routinely subjected to thousands of tourists between Memorial and Columbus Day. Working class residents, having sold their coastal homes a generation or two ago, now live in more remote areas away from the coast, not able to afford the coastal homes of the more affluent summer residents.

With the bulk of the story occurring between Christmas Eve and New Year’s Day, Pamela’s sense of loss and despair builds to a feeling of acceptance and exhilaration by the end of the novel.

Anyone interested in a novel that offers suspense, fantastic character development and a definitive sense of place might find this particular book worth their time. Dusk on Route 1 is published by Androscoggin Press, West Kennebunk, Maine