Your Asian Neighbor: Grow Where You Are Planted 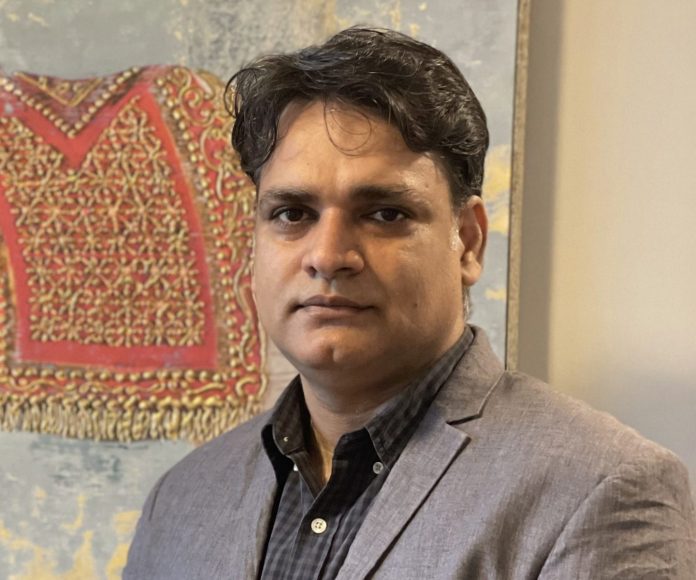 They say God laughs when we make plans. Athmakuri Renkata Naga Giridhar certainly did not plan to come to America. He says it was his wife who wanted to. He was supposed to enter the family trade and be an engineer. He grew up in Hyderabad, India, and becoming an engineer was a big deal. He wanted to follow in the footsteps of his father and grandfather. He took the qualifying examinations and out of over 100,000 applicants (yes, one hundred thousand), he ranked 3860.

The thing is they were only taking 1,800 scholars and another 1,400 seats for private paying students. He could still enroll in the engineering course but he would have to pay $1,000 a year. A huge sum in those days. Or he could enroll in the pharmacy course for $15 a year. So he took that path. He went to pharmacy school. There he met his wife, Mallika. They found good jobs. They had a good life.
Then an opportunity opened up. Mallika found a job in the US. They decided she should take the job and he would follow later. He came to the US in 2004 and while his wife worked, he enrolled in a Master’s Degree course in Pharmacy Management in Long Island University Brooklyn. They had no problems adjusting to their new home. They lived in New York, the city where no one takes a second look at you because you looked different. Everyone looked different! Even though the attacks of 9/11 were still fresh in people’s memories, he said they never experienced any prejudice or racial attacks. Life was good. But the universe had other plans.

Again, life opened up another opportunity. He found a job managing an independently-owned pharmacy in New Jersey. Four pharmacies. Hours of driving. Leave early in the morning, go to all four stores, make sure they are running well, and get home around eleven o’clock at night. He was sure this was unsustainable if they were to start a family. He loved the job. He loved working independently of corporate bosses. He loved the patient-centered and family-friendly feel of the mom-and-pop drug stores. But by the time they had their first baby they knew it was time for another move. The family must come first.

Once again, another door opened. An independent pharmacy was for sale in upstate New York, a city called Utica. Way up where life was slower, and people called their pharmacist but their first name and the pharmacy opened at 11 am and closed at 6 pm. The pharmacy’s name was Garro’s. It just so happened Giridhar’s nickname is Gary! Excellent! More time with the growing family! So again he uprooted his family and moved to where there was an opportunity for a better life. He now has a daughter and a son. Time to move. For them.

Gary is the quintessential hometown pharmacist. And Garros’s Drugs is Utica’s only downtown pharmacy with a multicultural staff that speaks multiple languages for its diverse customer base and takes all insurances. Garro’s also offers in-house Covid vaccinations by appointment or just walk-in.

The day I interviewed him he closed the pharmacy earlier than usual because a patient, who has been a loyal customer of Garro’s Pharmacy for 40 years, was getting confused and is having trouble remembering instructions. He closed the store and went to her home to make sure she had everything sorted out and understood all the instructions for her medications. Now let me ask- has your pharmacist ever done a home visit with you?

I did have to ask if coming from big, multicultural areas he experienced prejudice when he moved to this small, Central New York city. He said not until the past 2-3 years. There were people calling him racial slurs and telling him to go back to where he came from. “If I couldn’t give them what they want, they get mad at me!” When we all know it is the patient’s insurance coverage that ties the hands of both the doctors and the pharmacists. I cannot tell you how many times our requests are denied or how much manpower and time we spend writing letters and trying to obtain “prior authorizations.” Time and money wasted in red tape. But I digress.

Gary now has four pharmacies. The original Garro’s Pharmacy, the Upstate Family Pharmacy on Oswego St, and two more in Syracuse. I asked what he does for fun. He was stymied. He has not had a vacation in two years. He is busy but at least, he is home for dinner with the family. I asked him for his favorite recipe and he laughed. “I can’t cook! My wife is the chef in the family.” So no complaints with the food. He does complain that the mom-and-pop pharmacies are a dying breed. He says they might not be around in another ten years. It is harder to negotiate with the pharmaceutical companies when you do not have the clout of the major chain stores but he keeps on keeping on. And his loyal clients will keep supporting him. One of them is Mr. Garro, the former owner of the pharmacy, who has become a friend and mentor.

For many immigrants, life is full of changes, ups, and downs, uprooting, and replanting. But you know what they say- ‘grow where you are planted.’ And Gary Athmakuri has done just that.