The World Weeps for DMX by David Dancy

On April 2nd 2021, Earl Simmons, also known as  DMX (Dark Man X) was found unresponsive at his residence in White Plains. He was reportedly suffering from a massive heart attack caused by a potent mixture of narcotics. Still clinging to life paramedics were able to stabilize him and immediately put him on life support.

The 50 yr old Hip-Hop living legend was barely clinging to life and millions of his fans were on edge, braced for the worst. So for seven days we all waited for news, anything positive that might , once again, revive him and bring him back from the dead. News trickled out slowly, some reported he was comatose as a result of COVID complications. Others said he had a reaction to the COVID vaccine. The only thing certain was hospitalization and the fact he was in a vegetative state.

The world would have to wait until the family took him off life support and autopsy results were released to find out the truth. Even then the idea of a world without DMX was hard to accept. He had come back from the dead so many times many of us thought, hoped, that this was just another bump in the road of a life that was full of potholes.

Resurrection wasn’t new to DMX; in 2016 he was found unresponsive in a car in Yonkers but was saved by a dose of the opioid blocker, NARCAN.

According to his family and autopsy results DMX’s brain stopped functioning after the fatal mixture of COVID-19, asthma, fentanyl, crack , pills and alcohol overwhelmed his system and sent him over the edge.

DMX joined a morbid fraternity. He joined an elite group of talented, wealthy Black Men that the world has watched die from drugs. What separates DMX from the other tragic deaths is how he lived when he was here.

DMX didn’t run from his problems. He sought help multiple times , even claiming in 2010 that he finally beat his addiction but by 2019 he had cancelled several dates from 32 show tour so he could go to rehab. It seemed he gave himself a break and another chance at a long life.  But that chance was cut short on April 2nd . 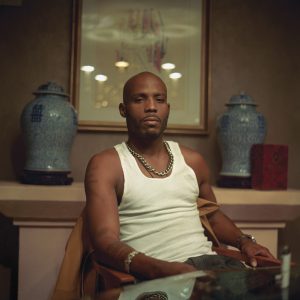 What led up to the moment of his death will forever be a mystery. A series of events known only to him and God but his transparency about his struggles led many people suffering from the throes of addiction on a path to redemption and recovery.

During his entire career he was plagued by personal and legal problems that would have derailed anyone from achieving their goals, or even living a productive life. But he managed to overcome his demons in bite size pieces and not only survive but thrive throughout the 90’s and early oughts (2000’s). During his 20 plus year career he also managed to produce seven albums and collaborated on many multi-platinum street anthems, legendary tunes that will always be in the canon of hip hop greats..

There were plenty of warning signs regarding his lifestyle. In any other profession DMX would have been blacklisted, denied an opportunity to provide for his family. But we are talking about hip-hop, a genre of music that has not only cemented itself within American culture but has been used as a template to gauge and define the inner city  social climate. DMX was perfect for the job. He was a familiar figure… The Black Sheep that every family loved unconditionally. The Uncle or cousin who ‘did time’ but was loving and approachable. Most of Black America has been touched by our massive Prison Industrial Complex and the culture it nurtures was DMX’s territory.

He took the Rough Rider Brand to another level. We can see the evidence of his impact today by all the kids wilding through urban areas all over the country on ATV’s and Dirtbikes doing wheelies and all kinds of tricks right on the Boulevard. A trend That Has got the attention of law enforcement all across the country.

Who hasn’t seen a guy with a pitbull on a thick tow chain? Stereotype? No. DMX.

Hip-Hop is the only genre of music where killers and felons can get a fair shot at stardom and DMX helped create the boundaries of what we can ingest, and who gets to serve it up.

During an interview DMX  admitted he was introduced to crack at the tender age of fourteen, it was in a laced Blunt, rolled by mentors he looked up to. I was introduced to the drug the same way and as I write this- as a 51 yr old survivor of Mass Incarceration- how many others in my troubled generation have shared that experience. How many arrived at that pivotal fork in the road that determines life’s trajectory and made the right choice.

Or, I should say, a different choice. I’m not going to say drugs are bad and DMX serves as a cautionary tale we should share with our kids to keep them from using drugs. The fact is, drugs are just substances that have a proper use and what people do with them can be bad and good.

Dmx’s long history of abuse was no secret to those close to him and his talent obviously outweighed any of the negatives. In other words his enablers allowed him to do what he wanted when he wanted just like Whitney, just like Prince, just like Michael Jackson and many others. What separates him from MichaEL , Prince and Whitney was his willingness to speak openly about his drug use and the pain it caused. He also turned his live performances into impromptu church services where he prayed for thousands of people. It wasn’t the phony televangelist trying to pump money out the rubes in the crowd, no he was serious to the point of tears about his prayers, May God Bless His Soul.

DMX fathered 15 children, which alludes to an even more important issue. Fatherhood and sex addiction. Each of his children spoke at his funeral and they left no doubt about his impact as a father in their lives. He loved them dearly and didn’t neglect any of them, I’m pretty sure the reason he was scheduling tours and releasing a new album has more to do with parental obligations than it does a love a music.

His funeral was a star studded affair. Russell Simmons, Loius Farrakhan and many others spoke. Russell Simmons shocked me with his brutally honest assessment of his life when he first heard DMX. He admitted he was in the middle of his own struggle with drugs during that time. Freebasing and looking for the next superstar was his job… He made it out but couldn’t bring anyone with him.

Addiction can be compared with drowning slowly, plenty of life jackets and rescue attempts but humans cant breath water.

One of his son’s left me with a thought that resonates. He said: “My dad told me to listen to what he says and not to do what he does” after a pause to let the laughter abate “He was right”