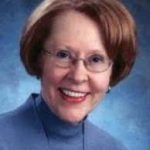 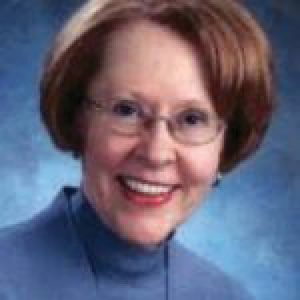 MYTH:  In a criminal case in federal court in New York State, neither party is required to share evidence with the other, and can hide it from the accused when appropriate.

REALITY:  This is absolutely untrue!  This illegal tactic is called “trial by ambush”!  The overriding goal of a trial in the past, present, and hopefully forever, is to find the truth and insure justice.  Who wins and who loses is irrelevant to the fair functioning of the legal system.  In Britain, barristers (lawyers) serve sometimes as prosecutors, and sometimes as defense attorneys, sometimes as each on any given day. They are completely interchangeable.  Even barristers within the same office may represent different sides.   In the U.S. we have professional prosecutors who never act as defense attorneys. And vice versa.  One often wonders if the British way is a better way to find the truth since neither side has a personal stake in winning, and what you do to an opponent today may be turned on you tomorrow.  It also tends to keep the police in their proper role, that of investigators and witnesses, without overfamiliarity and undue collaboration with the prosecuting authority.

In the U.S., the two major types of criminal courts are state courts and federal courts.  State court prosecutors in criminal cases are the district attorneys for each county.  They are elected.  Federal court prosecutors are the U.S. attorneys.  They are politically appointed.  Both sides in a criminal case, prosecution and defense, must disclose certain information to the other.  This obligation is named after the case that established the rule, “the Brady Rule”.  Most attorneys agree that the most important information that a prosecutor must give the defense is material that could tend to prove the accused’s innocence.  This rule does not require the defense to ask for the material, since they would not even  know it exists.

Sometimes in the federal system, in their zeal to win, and contrary to the goal of justice, the prosecutor will try to bury the defense in paper.  The goal is to hide the important paperwork in many, many sheets of paper in the hope that the defense will not read it all.  The prosecutor can then honestly say that they turned the paperwork over, and that it is the defense fault for not finding the needle in the haystack.  This may be flying dangerously close to the sun! One wonders where the search for truth vanished.  Three times I have experienced receiving paperwork that filled a medium sized office room.  Obviously, the idea was to overwhelm the defense, and to bury important papers in the mass of paperwork.  Hundreds and hundreds of hours were needed to weed through the irrelevant or less relevant, or unusable, paper.

In a recent case late at night in Manhattan a prosecutor found an important piece of evidence that could tend to show the accused’s innocence.  The trial it pertained to was nearly finished.  The prosecutor had had the document for years, but never turned it over.  This was the second time she failed to make full disclosure during this trial.  When it was discovered, the prosecutors leading the office decided to bury it the next day by giving it to the defense with more than 12 already disclosed documents.  The prosecutor won at trial, but later, when the defense discovered the illegal conduct, the prosecutors asked the trial judge to overturn their own winning verdict!  The Judge did so, and ruled that the prosecutor cannot bring the case again.  It is over, and the defendant is free.  Clearly, the prosecutors knew that they had misbehaved.  The prosecutors claimed that the error was an accident, and the Judge agreed.  All the same, the Judge said that the errors were “grave derelictions of prosecutorial responsibility.”  Some may say that one of the worst results of the saga may be that an arguably international money launderer will never come to justice on those charges.

Many attorneys have called on President Biden to remove the U.S. Attorney for Manhattan because of this and similar conduct.  They have also called on Attorney General Merrick Garland to make the U.S. Justice Department more transparent and accountable.  They want a reform of disclosure rules and a wider review of how prosecutors make these decisions.  They also call for investigation into the prosecutors’ conduct by the Office of Professional Responsibility.  Prosecutors must now undergo retraining on Brady rules, and a new disclosure committee will be established.  This will be made up of high-ranking attorneys to develop improvements.  Last October, Congress passed the Due Process Protection Act.  This law makes it easier for judges to punish Brady violations.  Some punishments can be fines, dismissing the case, and banning the prosecutor from appearing in Court.  It can also permit removal of the offending prosecutor’s license to practice law.  Judges also are called on to strongly forbid and punish this behavior by anyone, at any time.  Without tighter rules and greater penalties, defense attorneys do not trust that prosecutors will follow these rules.  Disclosure must be turned over early on, in its entirety.  The disclosure rules require the defense to turn over certain material also, but the defense often does not have the resources or access to even discover such material.

Many New York State prosecutors (County District Attorneys) have an open file policy.  Under this policy the defense has access to everything the prosecutor has.  It is the federal system, not the New York State system, that many say requires reform.

MYTH: New Yorkers have no right to be prosecuted by elected officials, and not political appointees.

REALITY:  New Yorkers are subject to two general types of prosecutions.  One is state and the other is federal.  The state prosecutions are led by the appropriate district attorney (sometimes along with the New York State Attorney General), and the federal prosecutions are led by the U.S. attorney.  The local district attorney is elected, and the federal prosecutor is appointed.   In 2012, the New York State Governor and Legislature made a law that there should be a statewide special prosecutor to handle crimes against the most vulnerable residents.  This would include the disabled, elderly, and children.  The special prosecutor would be part of the Justice Center for the Protection of People with Special Needs.  They would investigate and prosecute alleged crimes of abuse or neglect of vulnerable victims in facilities operated, licensed or certified by the state.