The Patriarchy and Misogyny 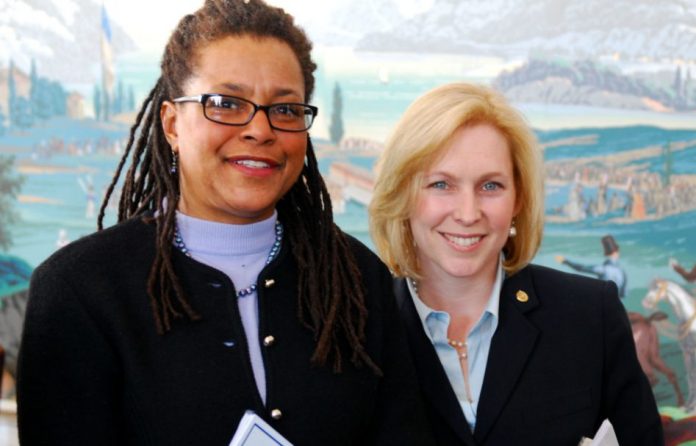 The Patriarchy and Misogyny

‘Feminism’ is Merriam-Webster’s word of the year, and rightly so. Not that we coined the phrase in the 60’s but we certainly activated it and fought for equality, inclusion and freedom.

As a child I was immediately aware of the distortion of the sexes. It angered and annoyed me that boys immediately were given preference for so many things. We girls were excluded, relegated to inferior positions, and prevented from expressing our abilities in general. It didn’t matter how good you were as a player or athlete. If you were a girl you were automatically eliminated from consideration.

We weren’t allowed to participate in or compete in so many arenas it was dumfounding, ridiculous. At one time newspapers had separate job offerings for women and for men. Women simply were not considered viable candidates. We were cast in these ridiculous and most time subservient positions. It was clear there was only one reason.

The reason is called the Patriarchy and it’s worldwide. In some places, worse than others and is the reason the world is always in constant state of warfare. You see, women are by nature more cooperative. Men, on the other hand, are more competitive.

Simply, if women were more evenly involved in leadership the world would be a less violent place. The Haudenosaunee transformed a bloody, warring society into a peaceful one where women and men shared leadership. Their system, brought by the Great Peacemaker, is called The Good Mind and is in place today.

Back in the 60’s and 70’s when we women finally succeeded to making our way into the workplaces, classrooms and boardrooms we walked right into a full-blown Patriarchal society, no holes barred. We were demeaned, shamed, insulted, minimized, paid less and on top of it sexually preyed upon.

There was a brief period in the 40’s during WWII when women proved themselves in the workforce as so many men were ‘off to war.’ Once the men returned women were conveniently cast once again into the roles of house wife, secretary and waitress.

This contempt for females is the essence of misogyny; the hatred of women.

We did our best to minimize the sexual aspect of our being in those places. We dressed modestly, manly even. Today’s ubiquitous pant suit was not a part of the 50’s or early 60’s female wardrobe. I recently informed two young women in retail that at one time there was no such thing as women’s jeans. If you wore jeans, you bought men’s sizes and made ‘em work.

We were determined that our intellects and abilities would define us, not our vaginas.

It didn’t work. The Patriarchy has prevailed as has the misogyny.

It has become clear that once men attain a certain level of financial, success, power and influence they assume that their privilege extends to sexual predation as well. Heck, even unsuccessful men can be predators. Gay men of elevated station ‘hit on’ straight men who would rather not be. It’s a man thing.

And we all know of complaints of sexual abuses of clergy and coaches. Now we include the entertainment, news and information industries, fast food and restaurant industry, construction, and business industries, you name it, where men prevail as dominant, they too often look to take sexual advantage. This takes place perhaps most especially, in our halls of government.

All of these institutions were once solidly male so once women were on the scene we became just another thing to acquire or conquer. Until recently.

Of course we have the tales of women ‘sleeping their way to the top’ and the slap on the behind of the waitress or the pinch and the tickle for the secretary were once common. But this stuff with guys pressing themselves upon women, exposing and pleasuring themselves, grabbing women’s genitals, forcibly touching, kissing and even raping them has been sheltered way too long.

I am so proud of U.S. Senator Kirsten stating boldly, “I think when we start having to talk about the differences between sexual assault and sexual harassment and unwanted groping, you’re having the wrong conversation.”

The president attempted to slut shame her in response instead of standing up for women and decency. . Notably, Gillibrand again stood him up calling it, “a sexist smear attempting to silence my voice.”

The Huffpost, in particularly creepy detail, has an article by Catherine Pearson, Emma Gray, and Alanna Vagianos entitled, “A Running List Of The Women Who’ve Accused Donald Trump Of Sexual Misconduct.” So, how is it that a man who makes sexual innuendo regarding his daughter, boasts about grabbing women by the ‘pussy’ and has multiple sexual assault cases against him, including his ex-wife, when so many others have fallen can be untouched by any repercussion?

You know it. It’s the Patriarchy.

And isn’t it interesting that the newsmen who hammered Hillary the most, Matt Lauer and Charlie Rose are the two who were fired for sexual harassment/misconduct? They shook that email complaint like a dog shakes a snake all the while they were behaving like dogs in mating season with any female they felt so inclined to trouble.

New York Times Columnist, Jill Filipovic, in her piece, ‘The Men Who Cost Clinton the Election’ wrote, “Many of the male journalists who stand accused of sexual harassment were on the forefront of covering the presidential race between Hillary Clinton and Donald Trump. Matt Lauer interviewed Mrs. Clinton and Mr. Trump in an official “commander-in-chief forum” for NBC. He notoriously peppered and interrupted Mrs. Clinton with cold, aggressive, condescending questions hyper-focused on her emails, only to pitch softballs at Mr. Trump and treat him with gentle collegiality a half-hour later.”

Hillary Rodham Clinton has the distinction of being the woman who has ascended to the highest levels of American government, achieved the highest appointments and represented out country on the world stage, been consistently elected to office, served in the Cabinets of several presidents and run for President of the United States twice.

How is it that Hillary Rodham Clinton could be labeled and branded, ‘nasty woman’ when a man like Roy Moore, truly a nasty man, was never called out with a national moniker that was repeated over and over and stuck? It’s that darn Patriarchy.

I wrote in the October edition on Hillary’s struggles through the ‘Boy’s Club’ of politics, see http://www.uticaphoenix.net Hillary Rodham Clinton in a Man’s World.

Society finds it so easy to condemn and diminish women when men get a pass. Part of the’ boys will be boys’ excuse which is so.  And this stuff does start in all male denizens like locker rooms where they are taught as little boys that women are inferior, complete with the sexual jokes and stereotypes.

But this recent tidal shift has to be explained to the next generation of boys and girls.

Men dominate most industries. The industries they do not totally dominate, like education, have sexual harassment rules which tend to assuage the proclivity of men as sexual predators.

Perhaps this is a place to start; reviewing and establishing sexual harassment policies in workplaces. Making sure that it is understood what will and will not be tolerated.

Men have been fired for sticking up for women who have been harassed by a mutual boss. Maybe some kind of whistle-blower clause can be developed for protecting those who sound the alarm.

Also, men have to take responsibility and change their ways. This latest rash of exposure of assailants and their resultant consequences, has gone a long way to discourage further predation. I am fairly certain that there remain scores of men shuddering in their shorts should they be the next sexual perpetrator to be outed.

More women need to be involved in leadership and government. There needs to be more balance. We’ll never return to the Matriarchy although, perhaps African Americans can establish a cultural self-government based upon the Haudenosaunee System of the Good Mind where the Clan Mothers choose the chiefs.

Americans need to remember that our great democracy is based upon the system of representative government developed by Haudenosaunee people and the Good Mind. They just left out one thing; women.