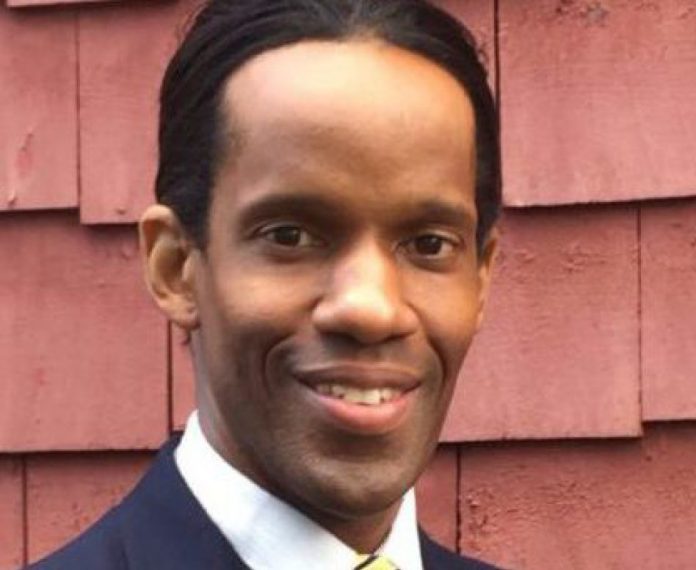 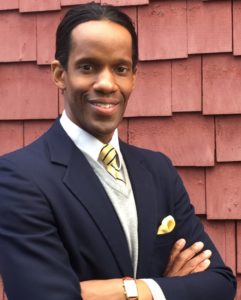 After several years of being abroad, away from his hometown of Utica NY, Frederick Nichols returned to find that he had changed for the better but, his city hadn’t.

A lifetime of child abuse and lack of education produced a young man who believed that dreams were for someone else. After a chance meeting with Attorney Mark Wolber, a mentoring relationship began and Fredrick came to understand that dreams coming true as a result a good education, hard work, and perseverance.

As a child Frederick Nichols was lost in a system that labeled him troubled, stupid, and not worthy of a dream. What the abusers around him and the system that stereotyped and labeled him didn’t know was there was a strong mind and a zealous heart that refused to believe what the world was saying.

Despite all of the abuse Frederick has prevailed in life but knows the tragedy that so many children can suffer in a life of poverty.

Frederick never lived with his parents but rather his aunt and uncle. It was an abusive home where physical and mental torment was the norm. Today he can recount the events by the scars he bears on his body and the memories.

As a child, his means of survival came through weekend visits with his grandparents. Frederick stated, “When my grandparents would arrive it was like the doors of Heaven opening up- after spending the week in Hell. I was an “F” student, who could not worry about school. My life was driven by concerns of the next act of evil, by the adults, who were supposed to love me.”

“Only a few teachers tried to unsuccessfully encourage me while in high school yet not one in grade school questioned why I behaved so poorly, could not keep up with the standard of education, or was forced to wear girls’ clothes to school.

“Instead I was stereotyped and labeled “learning disabled.” I was placed where they did not have to deal with me. I would sit in the Option 3 class, for the severely disabled, and wonder why I was there.  With further thoughts of, would I do something to upset my aunt and uncle and would I be punished? Would I have hot tea poured over my head or even be stabbed again?  Would my uncle, who was a bodybuilding, drug dealing-addict, make me fight within the name of becoming a man? Would my cousin and I have to pummel each other, for his entertainment?”

“Because of my childhood, I have an intense passion to support and mentor the children in Utica.  This is something that the restoration of an urban-based Community Action will help do. A Program like the Boys and Girls club is pivotal for kids who are in need. Now, The Boys and Girls Club is gone with so many other programs for youth. This city needs to support its youth.”

At seventeen years old Frederick got his aunt to sign a paper of emancipation and went to live with his grandparents.  For the first time, he could relax, not have to worry where his next meal would come from, and truly understand love.

Frederick said, “They gave me everything and helped transform my life basically overnight. They were wonderful to me yet being older; education was not a topic of importance in their home.” Frederick continued to fail in school. He had faced many academic challenges, yet his own desire to overcome and the craving to learn was strong within him.  He gravitated toward educational television programming like PBS, Discovery, the History Channel, as well as all types of music.

In the same year Frederick moved in with his grandparents he decided he wanted to learn how to play an instrument. He picked up a guitar and began teaching himself. He started with Heavy Metal rock music and later settled on classical and today is quite impressive with both.

As Heavy Metal music, was not the musical choice of young Black men in the late 80’s and early 90’s, Frederick once again found himself a victim of an abuse, this time at the bullying hands of his peers. Feeling rejected, Frederick began questioning why he did not seem to fit in anywhere?  He decided he had, had enough and quit school. He didn’t know how he had gotten to the point of graduation anyway since he considered himself a “functional illiterate.”

With no true direction in-sight, he decided to get in his Chevy, with his guitar and pursue music. So he hit the road and learned about life and culture as he traveled. He learned how to maneuver himself in different social environments, and how to fit in.

Although he was successful to some degree he wanted more. His life needed to be stability so he made a decision to come back to Utica.

As a life-long Cornhill resident, Frederick returned to Utica and saw that Cornhill had been forgotten, left behind. He decided he wanted to make a difference but understood he had to be prepared to do so. At the encouragement and guidance of Attorney Wolber, Frederick started by getting his GED, The first two times he failed. Yet, after reprioritizing his lifestyle, Frederick began to make his education the most important thing in his life.  On the third attempt at the GED, he passed.  He knew that if he could accomplish his GED that the system that labeled him was wrong, so he decided to move on to college.

Frederick t began his college career at Mohawk Valley Community College.  In 2003, he graduated from MVCC with an AAS Liberal Arts degree. During his schooling he worked as a Teacher’s Assistant for academically challenged children, within the Utica School District at Watson- Williams, Kernan, and Hughes Schools. He saw firsthand the challenges he knew so well.

In 2003, after receiving his Associates Degree Frederick traveled to Japan and China where he taught American Culture until 2014. During his time in Japan and China, Frederick received several awards such as the National English Competition Award in 2005, The Aerospace and Technology University, Beihang China, International Soccer Award, 2006, the Tennis Tournament for Foreign Experts, Beijing China, 1st Place, 2007, and the China, and the Minzu University National English Business Teaching Award, 2007.

When Frederick returned to Utica he continued his education graduating from SUNY Poly with BS in Business Administration, 2016. He is currently working toward his MBA Masters of Business Administration at Utica College.  He is also the official Head  Referee for the local Burmese Karen soccer federation and refs for the local Spanish Football League.

An avid tennis player, Frederick was a regular on the local tennis scene in the 80’s and early 90’s. He taught tennis in China and won a semi-pro championship while in that country.

Taking on a Political Career

Frederick continued to look at the breakdown within our Cornhill and started to question, what caused such a depreciation of our community?  Was this a breakdown of the family unit, the scourge of drugs and alcohol addiction, a dysfunctional educational system, or was this an effect of a government that has lost focus of our great city? He then asked himself where is the leadership of this city and what are they doing?

As a result of his early and lengthy exposure to the impacts of drug abuse and addiction, Frederick vowed never to do drugs and has lived a life free from drugs and alcohol.

Frederick turned to local leaders, business owners, and residents for their opinions. To his dismay, he found that the projects which had been chosen did not truly have any positive effect on our community. He then decided to run for Councilman of the 5TH Ward. His ultimate goal is to help bring a new voice to Utica, one that is honest and represents the people who make up his district.

Frederick defines himself as a Conservative Republican but says his beliefs will not motivate his votes. His votes will be the voice of the community. He sees a need to bring Town Hall meetings back to our community, and let our city residents speak. An example of this is the Mayoral term extension.  “My vote will be our residents’ voices regardless of mine or my party’s view.  The people of Cornhill have been ignored too long. “

“Secondly, let’s bring back Utica’s own Community Action agency. But before we can do that, my plan is to find out what has happened to the CSBG funds? The Community Service Block Grant has virtually disappeared.  I plan to go to Albany to figure out what has happened to our funding, how they have been used and get it funneled back into the community.  It is imperative to get our Community Action restored here and build programs around the needs of our community.

“We also need to grow jobs in our community. In order to do that we must first create access for the jobs that are already here to those who have been repeatedly excluded within the Cornhill community. I want to partner with other community leaders and create things like training programs for those who do not have the needed skills to meet the job requirements.

“In a community that has approximately 42% poverty rate, this is imperative.  New construction projects have to offer jobs to more Cornhill residents.  I will fight to get the money and become the catalyst to create the training programs our community needs.  I want to partner with those in our community who have held positions and work together with them for improvement.

“Finally, I will work diligently with the police to serve Cornhill residents, with a focus on removing drugs and guns from our streets.  I want to bring pride back to Cornhill and foster improvement.”

Frederick Nichols has thus far beaten the odds in his life. Overcoming the labeling, abuse, and neglect of his childhood he has traveled the world extensively managed to acquire an impressive educational record is on his way to an advanced degree, has developed a consciousness and awareness of his place in society and has a plan to implement positive change in his hometown.

The question is, will he overcome the challenge of being a first-time candidate running against a seasoned competitor in the upcoming election?