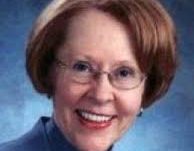 This is a continuing discussion of Legal Myths and Reality – because an informed citizen is always the most successful citizen:

MYTH:  Crime victims are often the forgotten ones in the search for justice.

REALITY:  If this were true in the past, it is no more.  In 2018, the New York State Office of Victim Services launched a pilot program in three counties. Twenty more joined and by the end of this year, all upstate counties will be covered, including ours.  The website is geared towards rural areas, such as ours. One of the things the program established is a website that will connect crime victims with eight major categories of civil (not criminal) legal services.  These categories address items such as custody after a domestic violence incident, helping immigrants who have been crime victims with visas, general rights of victims, victim safety issues, and victim housing issues, among others.  Accessing the website is anonymous. It even has a button so that if a victim is on the website and suddenly cannot safely continue, a push of the button instantly redirects the victim to a general search engine. As a result, the victim cannot be seen accessing the website by someone who may be threatening.  Last year the website listed thirty nonprofit legal aid providers and victims’ services organizations. More will be joining. The website can be found at https://crimevictimshelpny.org.   This is an important step in reaching out to and providing for crime victims.

MYTH:  A parent’s right to have custody of his/her child(ren) in foster care can be regulated by the state even when it causes delay, especially if that parent lives outside New York State and the child lives in New York State.

REALITY: Sometimes the first level of appellate courts, known in New York as the Appellate Divisions, do not agree with one another across the State.  The Justices of our Appellate Division have their court in Rochester, although the Justices come from various parts of the district. Currently, neither Oneida County nor Herkimer County has a resident Appellate Justice, although we have in the more distant past.  When the various districts do not agree, the case may be heard in the New York State Court of Appeals in New York City if the Court of Appeals chooses. This court will try to reconcile the issues across the State so that everyone in New York knows what the law is for the entire State.  One such issue comes up when a child is neglected by a New York resident custodian and the child is a New York resident. There may be an out of state parent who can take the child, but the process can be very long and tedious. In the meantime, the child is in foster or other care. Some say that even one day is too long.  The downstate Appellate Division says this policy that causes such delay flies “in the face of New York’s policy of keeping biological families together”, and would infringe on a parent’s constitutional rights. The Appellate Court from Albany and surrounding areas think that procedure must be followed, no matter how long that procedure takes.  Part of that procedure is a thorough investigation of the out of state parent, which can take months. The purpose is to ensure the safety and welfare of a New York State child wherever that child lives. We must wait to see if the final appellate court, the Court of Appeals, decides to look into this issue.

MYTH:  Some ballots after an election are thrown away and not counted.

REALITY: One of several types of ballots are “affidavit” ballots.  These are ballots that voters fill out at the polls on election day if a voter’s name could not be found on the voter rolls.  These ballots can be set aside after investigation for several reasons, but are never thrown away. A ballot may be set aside unopened for reasons like the voter is not enrolled in a political party having a primary, is not a registered voter, has not signed the ballot, or the ballot may have insignificant information on the outer envelope.  Most of these ballots will be determined to be invalid votes. However, to say that the ballot was “thrown out” gives a false impression that a ballot was discarded. In fact, no ballot of any kind is ever actually destroyed, but maybe set aside as invalid for a technical reason.

A citizen who wishes to have a voice in an election should immediately call the Board of Elections to make sure that the voter is properly registered so there will be no questions on primary or general election day and offering the voter an affidavit ballot will not be necessary.