Remembering Our Own: Mrs Alberta Warfield 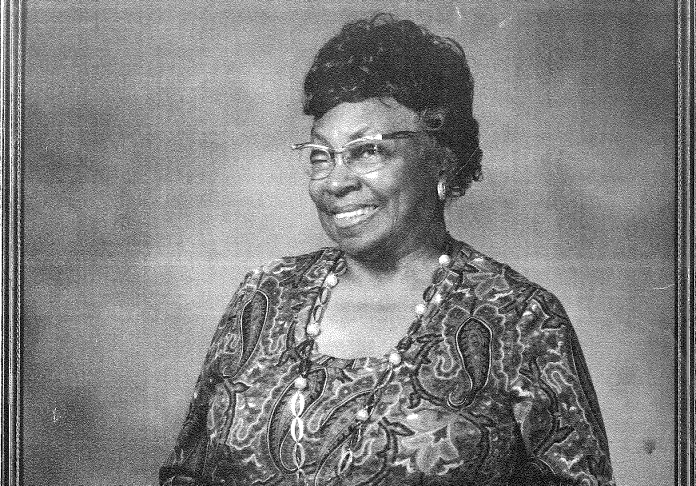 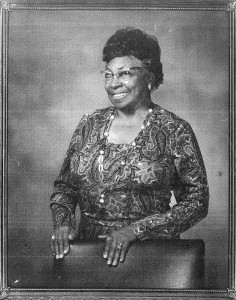 Editor’s Note: I happened to come across a 1995 copy of Corn Hill Speaks where I introduced a series I began called Remembering Our Own. It contained the story I had written of a woman by the name of Mrs. Alberta Warfield who was a very prominent figure in Utica in the ’40s and ’50s. She owned the property 211 Rutger St. which is now part of the Rescue Mission campus. I remember being instructed by my mother not to touch anything when we might stop by Mrs. Warfield’s tidy mansion where there would always be a tasty treat of some sort. It is the nascent work of the Black History Archive recently donated to Hamilton College that I would eventually develop with the aid of Dr. Jan DeAmicis and the late Dr. Paul Young. As there are so many who never knew this remarkable woman, I thought it worthy of a reprint after so many years. Only one of the people interviewed in this article is still alive.

It turns out that native Utican, Lilian Hill Woods heard about the article and added much more biographical information which we are pleased to include here. Thank you, Lillian.

Mrs. Warfield was described by Daisy Williams as, “a woman who was really good at what she did and knew what she did was good. She made the best food in the city.”

Daisy says that when she first came to Utica in 1953, Mrs. Warfield was a cook and dietician at Faxton Hospital, where she, Daisy worked as a nurse. While Daisy says, “She definitely cooked the most delicious food you ever tasted in your life, it wasn’t necessarily the best food for you by today’s standards. It was rich and impressive and it made you want to eat the whole thing.”

Adell Davis and Gertrude Brown remember Mrs. Warfield as somewhat of the politician’s specialty chef. As a Republican, she catered for some of the most powerful politicians in Oneida County. Trudy says that Senator Donovan and all of the mayors used to have meetings and get-togethers at her home, especially around election time.

One well-known Judge, John Buckley of the New York State Supreme Court, was a close personal friend who visited her in her later years at Broad Acres Nursing Facility. He indicated that he met her through former Mayor Frank Dolan and loved to go to parties at her house where her specialty was Southern Fried Chicken.

“If you were a friend or if you weren’t and needed help, she would help you. She took kids in that had problems. She didn’t make a big thing about it. She never singled them out, never embarrassed them. They were guests in her house. If anyone was down and came across her they just wouldn’t be down anymore.

“She just loved to give parties with lots of good food. I don’t think she ever invited anyone to her house without having lots of food. Nobody walked out of there just having a cup of tea. Nothing was a burden. It was a pleasure, with the greatest of ease.

“She was really something special, outstanding. We were lucky to have had her in the community. Anyone was lucky to have known her.”

Lester Crooms recalled her as “a nice lady who wanted to bring newcomers into town. A lot of fellas coming here, away from home for the first time, were looking for a mother figure. They would go by to see her as a mother. She was a good friend of Pauline Bass, Ed Bass’s wife.

Trudy Brown remembers a restaurant on Elizabeth Street that Mrs. Warfield and Pauline Bass operated, but no one around has too much to say about it.

Angela Pearson, President of CHPU remembers Mrs. Warfield as a participant in the work the Landmarks Society did on Rutger Street.

“Mrs. Warfield had work done on her house as part of the Historical District grant money that used to be available. I met with her many times, and she invited me over to watch her prepare chicken and baking soda biscuits. I’m sure the boarders she had at the time were the best-fed people in Utica.

She took great pride in her home, that it be well decorated and maintained. She complained to me that she couldn’t find drapes just the right shade and length. I shopped for fabric during one of my visits home to Long Island and sewed the dining room and living room drapes she used as long as she had her home on Rutger Street. She insisted on paying me the going rate for my time, grateful to be able to get exactly what she wanted.”

Phil Cooper, retired General Electric engineer remembers her as providing a sort of home away from home for “the few GE type people coming into town in search of a good home-cooked meal.”

He explained, “that they just went to her home and made arrangements with her. They understood that she was in that business.”

Phil also indicated that she cooked for a few prominent white families as well as whenever dinners were held at her church. “White people used to mix more so than they do today. But then in Utica’s Black population, there were a lot more migrant workers and passive folk, there were fewer militant ones in those days.”

Mom, having also been a nurse at Faxton, also recalls. “There wasn’t too much food on the patient’s plates that came back to the kitchen in those days. Alberta was an exceptional cook.”

After coming to Utica in 1931 from Mobile, Alabama, she lived for many years at 211 Rutger Street. She was married for a time to a Charles Warfield, but not much is known about that relationship, only that he did not spend his life with her here in Utica. She died in Broadacres Nursing Facility on August 30, 1988, at the age of 89. She was visited every Sunday by a close personal friend, Frances Williams. Fran says she looked at Mrs. Warfield as a “dear friend and a second mother.” She has been kind enough to provide us with the photograph of Mrs. Warfield, the personal data, and the sample promotional material she used.

I’d like to thank all of those who offered their thoughts and memories on Mrs. Warfield. I was too young and unaware to remember much of any significance about her and couldn’t have done it without you all.

Facebook
Twitter
Previous articleThe Heat Beat: Robert Johnson and The Crossroads
Next article“Whites Only” Deeds in the 1960’s and How They Ended