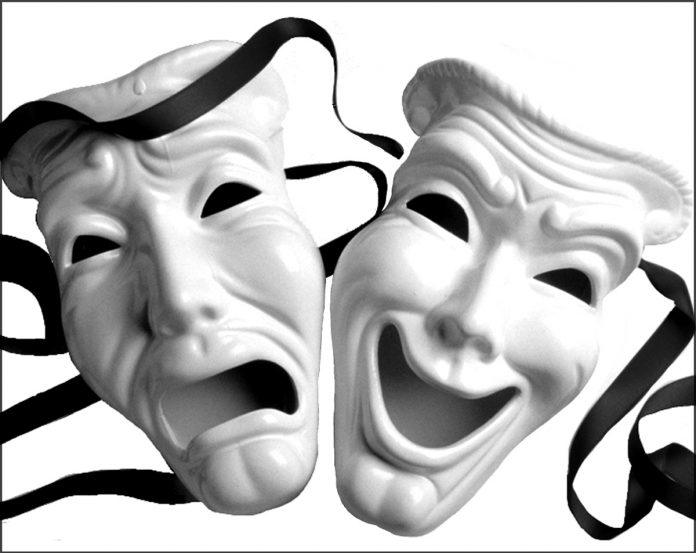 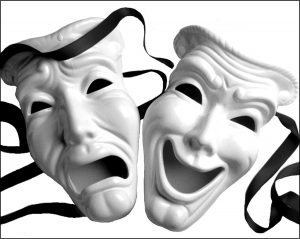 Live theater productions are alive and well in the Mohawk Valley. Broadway Utica provides excellent shows at the Stanley Theater, such as the “Phantom of the Opera” sequel “Love Never Dies” last fall and Rogers and Hammerstein’s “Cinderella” in February. However, what is perhaps more important to the community is the vitality of local theater groups in Ilion, Utica, and Rome.

“Last Chance Romance” by Sam Bobrick was a recent comedy-satire of marital relations presented at The Stables in Ilion. Myra, in her late 30s, finds fulfillment in the aggressive pursuit of a reluctant Leonard, leading to marriage. This quickly evolves to a reversal of amorous interest, Myra wanting to leave the marriage, while Leonard prefers remaining married.

Leonard played by Lonnie Etter and Myra played by Diaka Kaba Hill, have frequent telephone conversations that are fresh and spirited, with rather explicit sexual innuendo. Myra is very animated with rapid-fire speech. The mediation of Myra’s cousin and therapist, played by Kaylynn Iglesias, having exorbitant fees but a “family discount,” is hilarious.
The minor character supporting cast of Rodney Dixon, Stephen Kocuba, and Denise Borek Morganti all gave credible support to the leads with small but important parts. Well-directed by Suzanne Radio, this February production of the Ilion Little Theater added another chapter to its long history of quality community theater.

Another local theater with a history of over a century is the Players of Utica. In early February they presented a totally different type of comedy, Ken Ludwig’s “The Game’s Afoot.” William Gillete is an actor in the 1930s, well known for his portrayal of Sherlock Holmes. There is an attempt on his life by gunshot at the conclusion of one of his plays. Two weeks later finds him hosting a Christmas Eve party at his stately mansion on the Connecticut River. Joining him and his mother Martha (played by Deborah Martin) are the other cast members from their recent Sherlock Holmes play.

Theater critic and social gossip columnist Daria Chase is also a guest, much to the annoyance of rest of the cast: Felix and Madge Geisel (played by Paul Hernon and Beth Bohstedt), and Simon Bright and his new wife Aggie Wheeler (played by Steven Handzel and Amanda Berman).

After drinks, Daria leads a seance, trying to contact a recently killed nightwatchman from the theater. This is followed by a murder, and William Gillete falls naturally into his role as Holmes in trying to resolve the case. Inspector Goring of the police arrives, played by Hana Meyers. Outrageous hilarity ensues as she and William work on “solving” the crime, while at the same time he is trying to fully hide the body of the victim with the help of Felix.

The entire cast was outstanding, with good direction by Rose Cirillo. Raynor Schneider as Daria Chase with her cryptic cynicism and knowing quips about these actors’ private lives quickly reveals why she is despised and hated by the others present. Stephen Wagner, as William Gillete, falls naturally into his portrayal of Sherlock Holmes with facial expressions of surprise and fear of the police discovering the body were perfectly played. A key scene with him and Daria at the end of Act I, and in early Act II where attempts are made to hide the body with Felix’s help as the police arrive are absolutely hysterical.

The theaters above in Ilion and Utica, as well as the Rome Community Theater, all present four to six productions a year of a wide variety of theater, from Shakespeare to contemporary, comedy to drama, and occasionally musicals. These cost perhaps half the price of a Stanley ticket, with local/regional talent. Many high schools in the region also present drama and musical productions throughout the year, and these are even less expensive.

While the Stanley is an excellent theater providing professional touring productions comparable to theater in New York or Boston, these local community-based theaters (and high school and college stage productions) are an important aspect of the regional arts community, adding immeasurably to our quality of life.
Anyone interested in theater of any kind is encouraged to support the local theater productions. Attending any of these community theaters or stage productions at area colleges and high schools will be well-rewarded by a fine afternoon or evening of live theater entertainment.