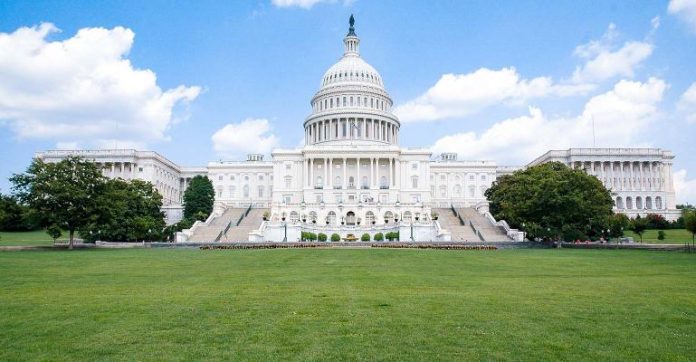 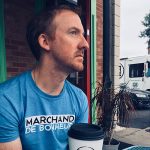 I blame Facebook. Or maybe social media in general; I’m not sure. But somewhere along the way – and in a way magnified by the last 8 years or so – people have seem to have lost the ability to empathize with the viewpoints of others or really even tolerate them at all.

Of course, this trend can apply to all realms of discourse, not solely political. You can see it on discussion boards, Facebook and Twitter posts, and sites like Topix over an endless reach of topics. Don’t like Marvel films like “Black Panther” or “Infinity War?” You’re a moron or an elitist. Disagree passionately against a point of view made about a mental health issue or social justice issue? You’re a snowflake and triggered.

However, it seems the most vehement, callous, and inimical comments are reserved for those who post either for or against political decisions, the sitting president, or in support or objection to one of the two major political parties. Our ties to these giants have replaced respect, dignity, and often reason. To many on social media – and even talk radio and print media – if you’re a Democrat or Republican you’re the others’ enemy. And enemies, especially ones who adhere so strictly to this manner of tribal belonging, seldom listen to opposing viewpoints.

We’ve lost the ability to think in greys. Everything is black and white, yes or no, good or bad. Where once liberals stood for a wider use of government and Republicans stood for a conservative use of government, now these words are ideologies, viewpoints, personalities. It’s hard to differentiate the man or woman from the idea, and it shows in our online political discourse almost daily.

I’ll use myself as an example. I define myself as a liberal. I don’t approve of Donald Trump. I went to SUNYIT (before it was called SUNY Poly) for Sociology and University at Albany where I earned a masters in social work. Social justice, equality, and fighting racism are issues that are close to my heart. I think of these things not as personality traits or political ideologies, but goals I would like to have for society.

I define these things not to launch into a rant about my thoughts as Trump as president, but as a baseline to have an important discussion: empathy in political discourse.

The above are my beliefs, but I find when discussing politics online I find people who fall into one of two categories: people who agree with me, with me preaching to the choir, or those who disagree with me, and answer defensively and not inquisitively. There are exceptions of course, and I’ve had some open minded and positive interactions with those whose political beliefs differ from mine. But I’ve also had my share of what I would term demonization or othering. I’ve been called a socialist, a communist, a libtard, the ‘pussyfication of the American male.’ I’ve even had more ambitious people click on my Facebook profile (I don’t hide it as private), see my education, and declare social workers are ‘the reason our country is so messed up to begin with’ and accuse me of hating America.

Of course, the flip side is true as well. If you support Trump you’re a racist, a fascist, a Nazi – and that’s if the person is kind. This is a professional publication and I will not curse; but the amount of references I’ve seen to Trump supporters being labelled stupid, fat, ugly, jobless, toothless, hillbillies, etc. boggles the mind. It’s all very tribal; whatever side you’re on, the other’s the enemy and its trading punches, not discourse.

The problem is we have trouble accepting new information and see things as we want to see them – and those ways are usually extreme.  A conservative wanting to limit or altogether stop illegal immigration doesn’t hate immigrants, nor is one who wants to stop ISIS necessarily anti-Muslim.

Likewise, liberals who want reasoned gun control in the wake of mass shootings do not want to abolish the 2nd Amendment and confiscate guns, nor does liberal outcry against separating migrant child from their parents and locking them in cages equate to wanting ‘open borders.’

We need to ask each other these questions. Talk to each other; ask the other side why they feel that way. Ask us what we feel, don’t presume to tell us what we think and what our beliefs are. Drop the go-to attacks like racist, snowflake, fascist, communist, freeloader….and the worst, most dangerous one – un-American.

We live in an age where information is easily accessible. We have iPhones and Droids, computers, tablets, and Google. Use them. Look up facts, share them, and be open to have facts shared with you. If we don’t agree with the facts, talk it out; don’t shut down and label the other with the animosity that only comes from being asked to challenge our core beliefs and fighting so vehemently not to. If someone has an experience opposite yours, ask them about it. Respond with more questions and less preachings.

This may not be the answer, but maybe it’s a start. We’re in a precarious time, a time where labels and insults and suppositions have replaced open-mindedness and understanding. But maybe it’s not too late; we all have the power to put the empathy back in political discourse. Someone just has to take the first step.