Musings about Grief, Loss, and Life 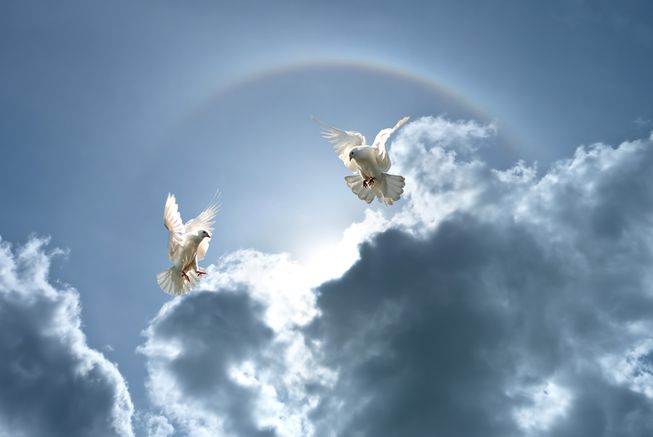 May 9th began like any day in my household. I woke up about 5:30am, and immediately fed my two cats, Nitske and Zoey. I replenished Zoey’s water bowl, and turned on Nitske’s water fountain bowl. Nitske would not drink water any other way. As with our own children, my wife Cheri and I always wanted to make sure that our pets had everything that they needed.

Under the surface of a seemingly normal routine was a cloud of uncertainty and trepidation. We had a second opinion appointment on this day at 11:30 am with a local vet because of issues that had recently manifested with Nitske.

During the previous week, her left paw began bleeding profusely from an injury of unknown origin. Cheri called a local veterinary clinic that we had used in the past. They bandaged her foot, did some blood work which did not reveal any anomalies, and sent us home.

However, she still seemed lethargic and was not eating or drinking (except for small bits of food which we hand-fed her, and water which Cheri administered through an eye dropper). We again took her back to the same veterinary clinic, where they kept her for one night. They did more extensive blood work and found that her platelet count was low. After administering some other treatments, repeat blood work was determined to be normal.  We were told that she had eaten and drank water. Once home, she was still not eating or drinking, so we opted for a second opinion.

My wife and I acquired Nitske from my oldest son Dan when she was 7 years old. At the same time, we also took over the care of his other cat Zoey. Dan was moving to a residence that didn’t allow animals, so out of necessity, he needed to find his cats a new home. He also wanted to keep them together. At the time, my wife and I were hesitant to take two more cats, since we already had two of our own, Bootsy and Angel. In hindsight, I am so glad that we took both of them into our home.

The News We Did Not Want To Hear

At our second opinion appointment, our veterinarian, truly a compassionate human being, examined Nitske and then did both an X-ray and an ultrasound. Time seemed to stand still as we were awaiting the results. The veterinarian eventually came back in and repeatedly said to us:

She told us that Nitske’s red blood cell count was dangerously low, that there was fluid in her chest, and that the ultrasound results were suggestive of an abdominal tumor. She slowly went through a variety of medical options that we could try, to extend Nitske’s life, but she indicated that even if we did, Nitske would only stand a 10 -15% chance of survival. She graciously gave us some time to decide how we wished to proceed.

Cheri and I had been down this road before with our previous animals and the decision, though painful, was clear. We did not want to expose our beloved cat to a series of intrusive medical procedures that had little or no chance of increasing her quality of life. We had to let Nitske go.

Our Final Moments Together

Cheri did not want to stay in the room during Nitske’s final moments. As a retired nurse, she had observed her share of death and illness. Cheri also witnessed the physical decline and death of our 18-year-old daughter, Jeannine, due to cancer over sixteen years ago. I truly understood why she did not want to be present for Nitske’s final moments.

I stayed in the room with Nitske, our veterinarian and a veterinary technician.  I was at the front of the examination table, gently stroking her head, telling her that I loved her. I also told her to look for Bootsy and Angel, who crossed over to Rainbow Bridge in 2016, and for my daughter Jeannine, who would surely take care of her. Once the injection was administered, she transitioned to her new life in less than 2 minutes.

Cheri and I opted to have Nitske cremated; her remains will be returned to us. Nitske’s veterinarian also gave me some additional time to spend with her after she transitioned. Tearful, I kissed Nitske’s head several times and told her again that I loved her. After a few minutes, I walked out of the treatment room, empty cat carrier in hand, met Cheri in the parking lot and drove home in a daze.

Nitske got her name because she was discovered in a paper bag with some other kittens on the side of the road in Niskayuna, a town in Upstate New York. When Nitske first moved in with us, she would become easily startled, even if I spoke in a normal tone of voice. So lowering my voice to a whisper, I repeatedly told that she was safe with us and that she could explore her new home freely, without fear.  She eventually began to acclimate and became more relaxed. Nitske showed her beautiful face to us more regularly and allowed us to pet her freely. Though she was still a little shy, she was no longer fearful of human contact.  In fact, Nitske proved to be truly a kind, resilient and gentle soul.

I am left now to ponder why a cat who seemed to be so healthy a week ago, died so suddenly at the age of twelve. When an answer does occur to me, it may not necessarily be the one that I want, but it will be the one that I need. I will also tend to my grief, while connecting to memories of Nitske’s time with our family. I will be mindful of giving special attention to Zoey as she is now the only cat remaining in our household.

In each moment of her life, Nitske, who was all of thirteen pounds, taught me the importance of loving in the moment, and that there is a quiet dignity and strength in gentleness.

“I have lived with several Zen masters——- all of them cats.”– Eckhart Tolle

David J. Roberts, LMSW, became a parent who experienced the death of a child, when his daughter Jeannine died of cancer on 3/1/03 at the age of 18. He is a retired addiction professional and an adjunct professor in the psychology department at Utica College in Utica, New York. He is also the chapter leader for The Compassionate Friends of the Mohawk Valley.Mr. Roberts has contributed articles to the Huffington Post blog, Thrive Global, Open to Hope Foundation, The Grief Toolbox, Recovering the Self Journal ,Medium, and Mindfulness and Grief. He has also been a speaker and workshop presenter on grief and loss issues nationally and locally.

To find out more about Mr. Roberts’ work please visit http://www.bootsyandangel.com or email him at : bootsyandangel@gmail.com.