Local: The Town of Floyd Band Plays at The Pines Nursing and Rehabilitation Center

July 7, Utica NY — Talented and energetic, the Town of Floyd Band made a much welcomed return visit to the Pines Nursing Home and Rehabilitation Center in south Utica  July 7. While the audience wasn’t “hanging from the ratters,” many were up aloft, watching from their verandas while still more  opted for seating  in the parking lot on “band level.”

The band’s performance consisted of American music popular during the 1980s, including Lynrd Skynrd’s “Free Bird,”  Lee Greenwood’s  “Proud to Be an American” and a rousing reprise of the American Armed Forces’ theme songs. 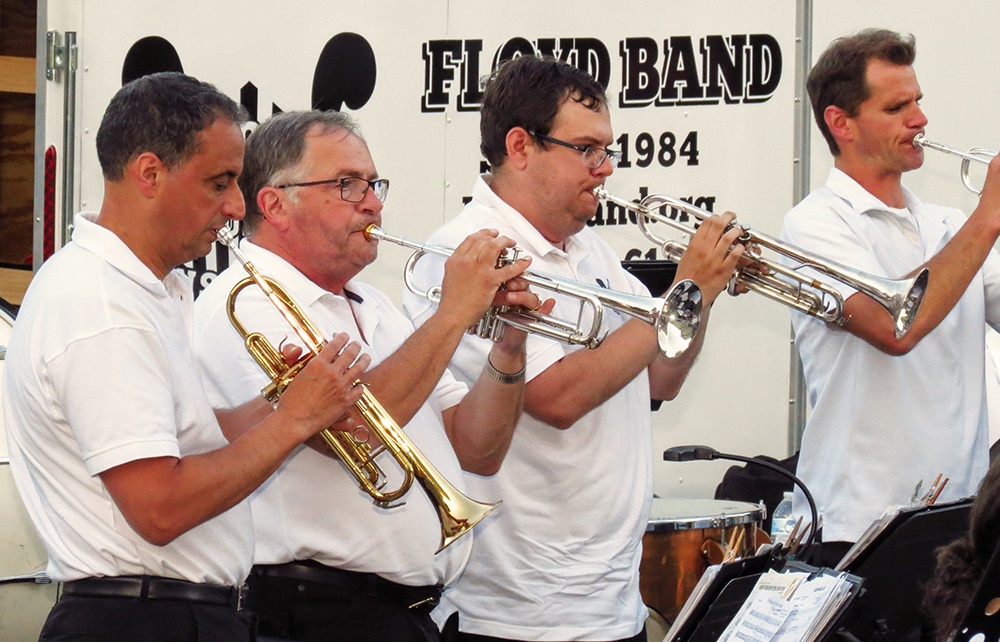 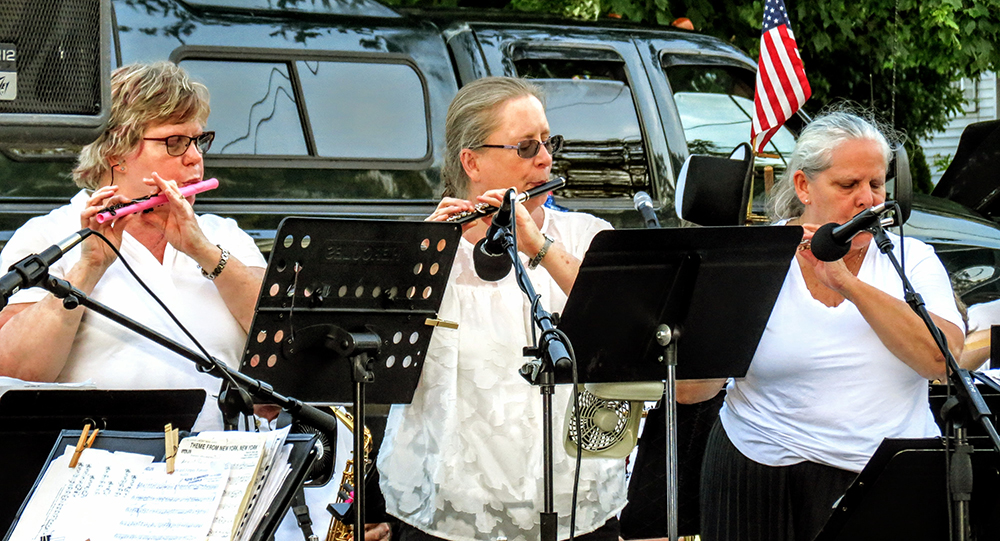 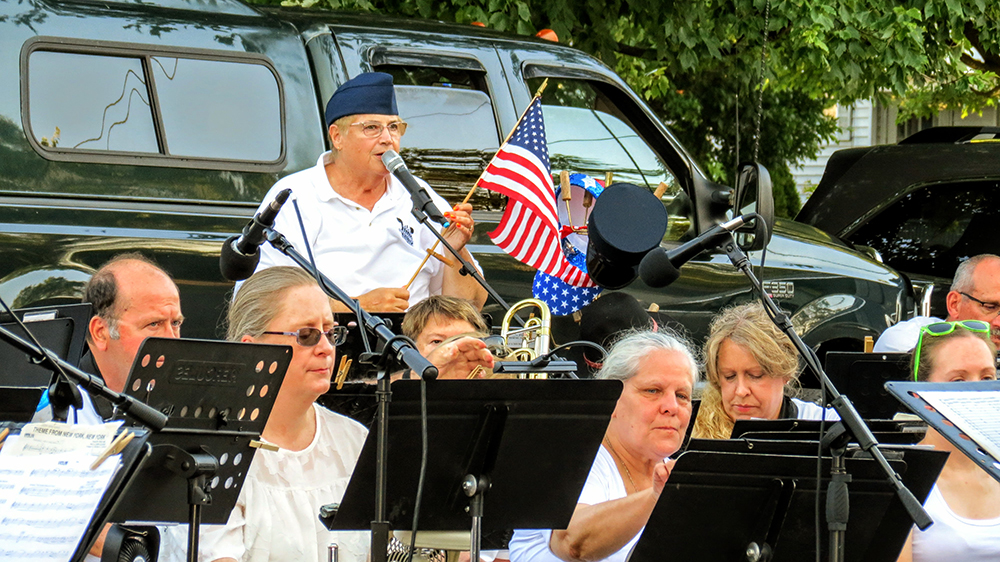 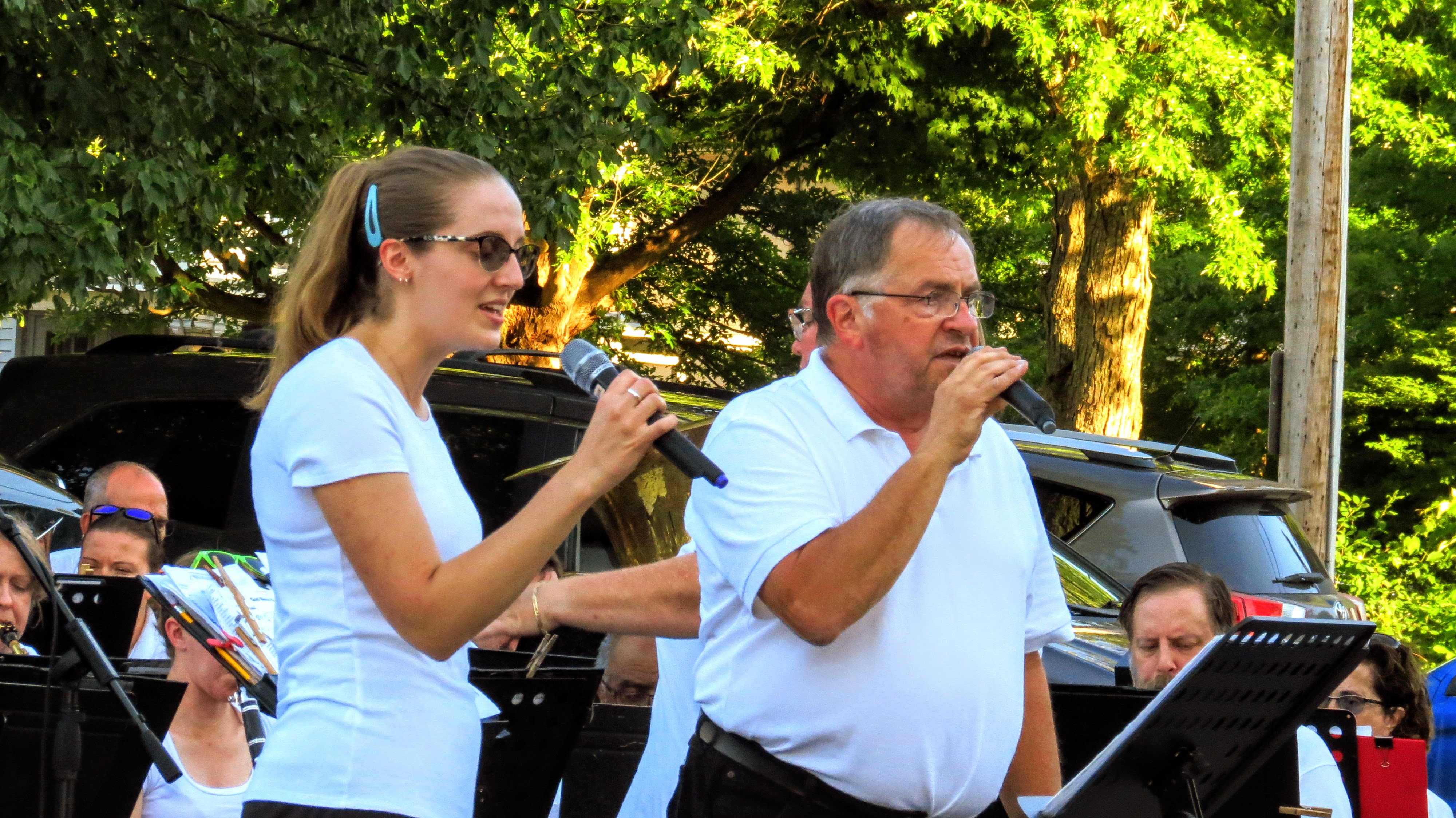 [Show thumbnails]
Between numbers, Band Announcer Darlene Bardeen reached to her mobile hat rack to don a chapeau appropriate for the mood and theme of each song.

While The Floyd Town Band  is  formally called  an ‘instrumental ensemble,’ several vocalists were featured. Singers included Kym Johnson, and Jim and Donna Mills and their daughter-in-law Susan Mills. A multi-instrumentalist, Sue endeared herself to the crowd with a virtuoso performance on plastic slide whistle.

Quartets of men with trumpets and a trio of women with flutes added additional variety to the show. The band’s return after a three year hiatus was one of the high points of the year in The Pines’ activity program for residents.

More information about the band, formally titled “The Floyd Community Instrumental Ensemble” can be found on Facebook, or their website at www.floydband.org.