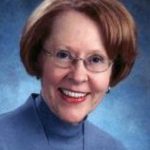 This is a continuing discussion of Legal Myths and Reality, because an informed citizen is always the most successful citizen.

MYTH: The issue is settled on whether or not animals have human rights, including the right to be free of unlawful detention.

REALITY: Animal rights is still a developing area of the law with many unanswered questions. However, a judge in Manhattan will address the issue of whether or not caged chimpanzees can be considered to be “legal persons” under the law and thereby have the right to sue for their freedom (with human help).

Currently nonhuman animals do not have legal rights or legal responsibilities.  Those in favor of recognizing animal rights argue that the chimps are “autonomous beings, who are self-aware and self-directed.”  Those in favor of finding that they have rights are not seeking broad human rights for the chimps, like voting rights. They are seeking the chimps’ freedom. Stay tuned for this continuing discussion.

MYTH: In a lawsuit Facebook entries are private and cannot be disclosed to the opposing party.

MYTH: Human embryos cannot be considered as property at the time of the potential parents’ divorce.

REALITY: There is no extensive or uniform law across the United States on the issue of preserved but not used embryos, and what should happen to the embryos if the parties divorce.

New York courts will strictly enforce the terms of a contract made between the potential parents at the time that the embryos are preserved. Courts in other states have decided that if both parties do not consent, the embryos will be remain preserved.  A Pennsylvania court decided that the mother’s promise that she would support the child without the father’s financial help tipped the balance in her favor so that she was awarded the embryos. Stay tuned for developments in this area of law, which is a developing area of law, and can involve serious and sometimes religious issues.

Giving attention to legal myths is not wrong. It can be a starting point for developing an interest in the law. However, if legal issues are important in your life, for instance regarding custody of your children or money payable for any reason, it is wise to consult a lawyer who can advise you on the truth of the many legal myths.  This discussion is not intended to render legal advice on specific cases or to express an opinion on any specific case or to display any predisposition.