A Call for Reform of Prisoner Treatment 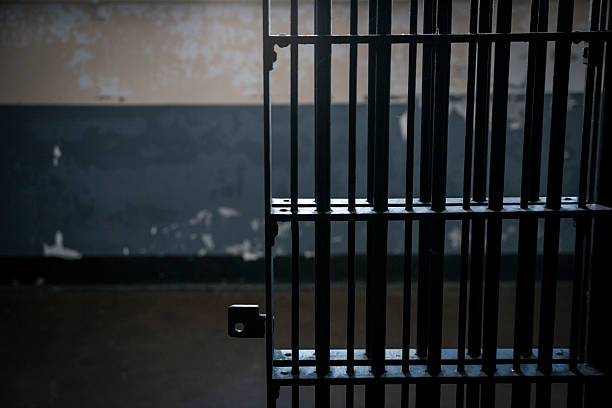 Towards the end of summer vacation after my first year in college, the United States was transfixed by the horrifying way the New York State police regained control of Attica Correctional Facility. Governor Nelson Rockefeller’s impatience that led him to cut-off negotiations with the prisoners who were holding 42 guards as hostages ordered the State Police to storm the prison.

Storming the prison resulted in the killing of 9 guards and 30 prisoners by the State Police. It was a merciless and avoidable bloodbath. As I recall, I had the impression that the State Police charged with taking control of the prison and freeing the hostages demonstrated an appalling blood lust. Even though the State Police killed 9 guards, it seemed that they experienced a perverse pleasure in brutalizing the rioting inmates they thought of as less than human. It was awful.

I could not shake the horror I felt at what I had witnessed on the nightly news and the news specials broadcast during and in the immediate aftermath of the storming of the prison. I read everything I could, hoping to find a way to square the facts with my experiences so that what occurred at Attica could become bearable. I was unsuccessful. The more I read, the more memoirs written by prisoners I read, the more horrified I was by what unfolded at Attica and the problems that triggered the riots.

Returning to college weeks later, I told my advisor that because of Attica, I had to do something about prisons and, more specifically, prison reform. After listening to my expressions of tortured concern, my advisor, then mentor, asked if I would be interested in being an intern at the US Commission on Civil Rights. He went on to explain that the Commission’s New York State Advisory Committee had begun an investigation into the violation of New York State prisoners’ the previous year. He was on the advisory committee and thought he could arrange an internship if I were willing to make the round-trip from Clinton to New York City where the Committee was based at least once a week. I jumped at the opportunity.

While I joined Committee members in a few of their prison visits, my primary job was to make sense of all the uncensored letters written by inmates to the Committee. The office staff asked me to tabulate the predominant themes the prisoners reported in the letters in the days before computers. Nearly 50 years later I do not remember all the details, but specifics stand out in my mind. I tabulated the complaints the prisoners wanted the Committee members to know.

Leading the list was the almost unanimously expressed sentiment that the “guards treat us like animals.” The guard-on-prisoner violence was extensive, sometimes gratuitous, frequently excessively violent. It was reported at the Clinton Correctional Facility that the guards carried around baseball bats that they called “nigger sticks.” Of course, they were used on African American prisoners with much higher frequency than white prisoners. While most white prisoners escaped much of the worst of guards’ brutality, after two years working intensively, even obsessively as an intern, it was clear to me from the prisoners’ letters and the questionnaires prison administrators were obliged to complete that throughout the systematic violation of prisoners’ civil and human rights was rampant.

The prison administrators turned a blind eye and deaf ear to their guards’ abuse of power. The data revealed that it was rare that a guard was disciplined for any cause. The conclusions I reached from my work with all of the Committee’s accumulated documents were confirmed when the Committee held two days of hearings in New York City, during which members staff members, administrators, physicians, detainee advocates, and lawyers representing inmates in civil litigation against the prison system were questioned under oath.

During the testimony, even when items were not confirmed in concrete fact, culpability was inferred in the way personnel denied the reality of what was already demonstrated to be incontestable. Attica was far from unique. Attica was not the worst prison in New York.

I continued to read all manner of subjects relating to the way we treat people who we perceived as criminals and who, therefore, we had to separate from mainstream society. Not only did I read about American prisons, but also studied the history and development of the of the idea of imprisonment in western culture. I explored the differences between various European and Scandinavian prisons and our own. I remain ashamed to say, except for the way the English treated the imprisoned early IRA terrorists such as Bobby Sands, the American prison system was by far the worst.

My conviction grew that a significant reason for the brutality of American prisons was their purpose was for retribution rather than rehabilitation. Another factor that contributed to the twisted way we treat our prisoners is that the men who staff them are often as ill-prepared to lead successful lives in American society as the men they guard. Most came not from cities, but from low-income rural areas with failing farms, and high unemployment due to the migration of factories to the South which created a large pool of resentful, poorly skilled, minimally-schooled unsophisticated white men new to imprisonment, or those who followed in the footsteps of their fathers by becoming prison guards.

In rural America, steady civil service work with good benefits and early retirement with a pension. Educationally and socioeconomically without their prison jobs, many would have been as unemployable and destitute as the prisoners over which they reigned with unchecked powers. Racism was in the upstate communities that hosted the State’s prisons, as it continues to be nearly half a century later.

My account of the discovery of the brutal, dehumanizing, humiliating, and deplorable conditions I observed and studied in New York’s prisons in the 1970s is a preface to my shout-out to the more than 24,000 courageous prisoners in 12 or more states who proclaimed they were striking because the Nation’s prisons were in violation of the 13th Amendment which abolished slavery. In fact, as I think about it, the conditions in prisons are even more deplorable today than they were when I was a young student for the following reasons:

Public policy, including the 3-strike policy that resulted in mass incarceration of inner-city African American men and boys for non-violent drug-related crimes. In contrast, New York City police rarely arrested white folk from New York City’s affluent communities and suburbs in neighboring states such as New Jersey and Connecticut who all ventured to Harlem in their fancy cars to buy cocaine and crack from African American men and boys on the street corners.

The transformation of many of the Nation’s prisons into for-profit institutions owned and operated by corporations with a primary concern for the bottom line profits for shareholders.

Prison work is a form of slave labor with prisoners frequently treated worse than most historical slaves because they are not owned and are, therefore, expendable.

Because the nation believes in punishment over rehabilitation and because of the 3-Strike policy, not only is the Nation’s prison population that is out-sized when compared to any system in the world, but taxpayers are unwilling to foot the bill for constructing sufficient prisons and jails to house this burgeoning population. Thus, prisons are overcrowded, a condition that contributes to the pervasive anomie and violence.

Since taxpayers are reluctant to invest in appropriate correctional facilities, many insist we need corporations to extract much of the investment taxpayers make to facilities that are not only over-crowded, but grossly under-staffed.

Even the Federal government has gotten into the act with its Unicor Program that presents itself as providing opportunities for Federal prisoners to developing skills needed to become productive members of society. Unsaid in Unicor’s various publications is that it netted more than $472 million in sales last while prisoners were paid between $0.23 and $1.15 for their labors. It’s obvious we are not only are we content to punish these people under squalid conditions, but also exploit them, resigning them to jobs few will be hired to do on release because of their records.

Much more could be said about the strike and the need for serious reforms of the way in which people are charged, prosecuted, sentenced, and imprisoned. The way we treat our prisoners puts to shame the Founding Fathers’ avowal that they were establishing “One nation under God with liberty and justice for all.”