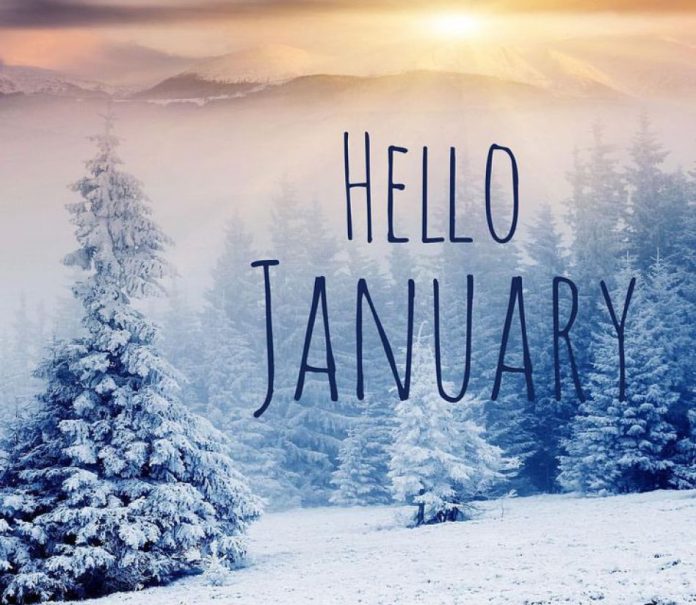 For many people, January is a month long hangover from holiday excesses of food, drink, parties, and a reality check of overspending during the Christmas and Hanukkah holidays. While daylight hours are gradually increasing, it is generally a cold and snowy month.
Outdoor activities of skiing, sledding, snowshoeing, and snowmobiling are popular. The beauty of newly fallen snow on the trees can be stunning, and on a sunny day with blue skies, it can be blinding. Many communities in the region have winter snow festivals in January and February with snowmobile races and skiing specials at ski resorts.
Popular indoor activities include high school and Syracuse Orange basketball, and ice hockey at the newly renovated Utica Aud with the Utica College Pioneers and the AHL Utica Comets. Indoor folk music can be heard at the Kirkland Arts Center in Clinton and in Holland Patent and jazz at Hamilton College in Clinton or the Other Side in Utica.

Martin Luther King, Jr. Day
After New Year’s, the Martin Luther King Jr. federal holiday is the only significant holiday of the month. This newest of federal holidays, affirmed by act of Congress and signed by President Reagan in 1983, was first observed in 1986, but it was 2000 before this was officially observed by all fifty states.
In recent years, this holiday has been promoted as a day of community service.University students, non-profits and civic organizations are encouraged to volunteer for clean ups, painting, or other projects supporting food banks, schools or social service agencies.

January 16 marks the date the Religious Statute for Religious Freedom, written by Thomas Jefferson. was passed by the Virginia General Assembly in 1786. This was the precursor of the First Amendment of the Bill of Rights which states:

Among other controversies, Roy Moore, the Trump endorsed candidate for Senator in Alabama said that Moslems should have no right to run for public office. This is in direct contradiction to the First Amendment. Fortunately, Moore was defeated by Democrat Doug Jones, though by a very narrow margin.

The First Amendment clauses on freedom of religion, speech and the press are under assault, with Trump calling the press “the enemy of the people.” Other controversies include religious objections to birth control and gay marriage in a secular society, leading to court cases on insurance coverage that includes birth control, and in an upcoming case, a Christian cake shop refusing to provide a cake for a gay wedding.

In line with the First Amendment, it is an obligation of all opposed to this creeping shift to a theocracy of Christian fundamentalism to use their right of free speech and speak out against these outrageous attacks against Moslems, Jews, and press freedom.

The Full Wolf Moon on January 1 is the first of two full Moons this month. On January 31 is the Full Old Moon, with the year’s only full lunar eclipse. As the Moon sets locally on the 31st at 7:18 a.m. it is fully eclipsed, while the full cycle of this eclipse should be visible west of the Mississippi River.

Jupiter and Mars have a conjunction, appearing close together between the 5th and 8th of the month, appearing closest together in eastern pre-dawn skies after 4 a.m. on the 6th and 7th. A waning crescent Moon appears close to both planets on January 11th.