Jackpots are getting bigger, but your chances of winning are 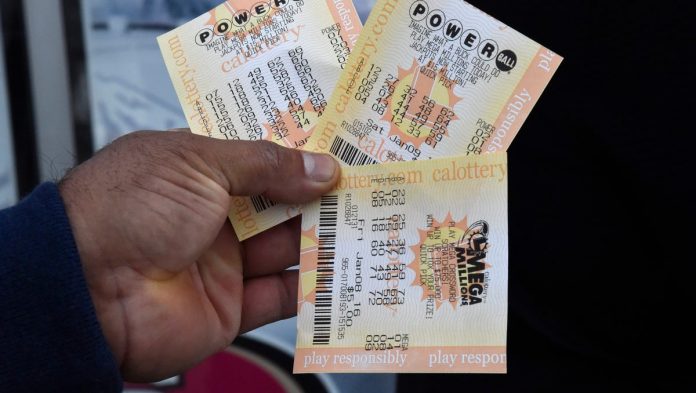 Someone who bought a lottery ticket in California became the lucky winner of the seventh-largest jackpot in U.S. lottery history Monday night after a record 40 consecutive drawings didn’t turn up a grand prize winner.

“We had robust ticket sales through the weekend, and traditionally, we tend to see the majority of ticket purchases happen the day of a drawing,” said May Scheve Reardon, Powerball Product Group chair and Missouri Lottery executive director.

We have a winner! Ticket sold in California wins $699.8 million Powerball jackpot

This isn’t the first time in recent years that a lottery jackpot reached historic highs. Powerball and Mega Millions have been around for decades, but the eight largest jackpots in U.S. history have all happened since 2016.

That’s not a coincidence.

Lottery officials began tinkering with the odds in 2015 to lessen the chance of winning a jackpot, which in turn increased the opportunity for top prizes to reach exorbitant levels. As the money grows, an increasing number of skeptics and first-time players are swayed to get in on the action.

Powerball, which had its inaugural draw in 1992, was the first to try out the new formula.

Here’s how it works: In the game, there are five white balls and one red ball, the Powerball. To win the jackpot, players need their ticket to match the numbers on all six balls. Players can win smaller prizes by matching the red Powerball, five or fewer white balls or some combination of those.

Jackpot! What are the 10 largest lottery jackpots ever won in the United States?

Mega Millions, which has been around since 1996, followed suit in October 2017, worsening the odds from 1 in 259 million to 1 in 302 million. Mega Millions doubled the entry ticket price to $2.

“My guess is that people probably are just drawn to this enormous jackpot, and then they’ll play when they maybe wouldn’t ordinarily play,” said Mark Glickman, a senior lecturer on statistics at Harvard University.

Glickman said he purchased a Powerball ticket for Saturday’s drawing when the jackpot was $635 million. It would have been the 10th-largest U.S. lottery jackpot ever won.

“I almost never play the lottery, except when the jackpots get to be enormous,” Glickman said. “The extra amount of possibly winning is so much more relative to the amount of money that you’re leaving.”

For those hoping to win a jackpot, the only strategies people can “realistically employ” are buying multiple tickets and trying to minimize the chances of sharing the jackpot with other people, Glickman said. For example, players could try to avoid picking numbers others pick, such as calendar dates or particular patterns.

“A pretty good strategy generally is to try to take the numbers completely at random,” he said.

Given the odds of winning a Powerball jackpot, you are more than 1,000 times as likely to find a pearl in an oyster shell, get struck by lightning or date a supermodel. You are twice as likely to be killed by a vending machine.

The overall odds of winning a smaller Powerball prize are 1 in 24.9, according to Powerball. That means 96% of the time you’re going to lose $2, Glickman said.

“These lotteries are clever because you know they once in a while will end up paying out like these small amounts, and it kind of makes you feel like you’re onto something. But just from a purely statistical standpoint, you’re not going to come out ahead on multiple plays of the lottery, except in just outrageously unlikely circumstances,” Glickman said.