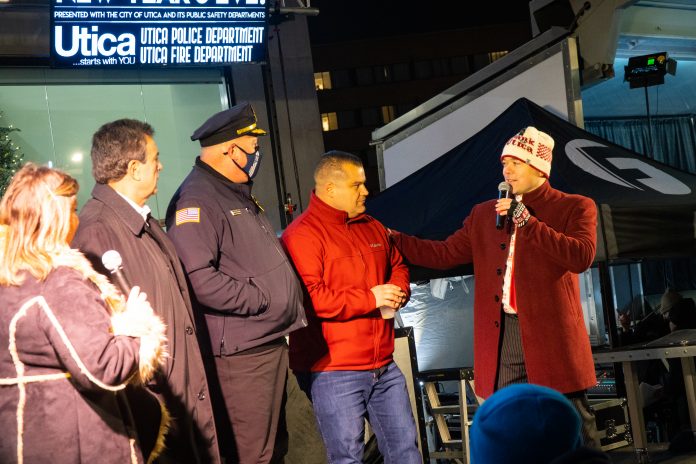 As the year of 2021 saw some pretty bad headlines in the news and a host of new problems in this new world, the city fathers decided that it was in Utica’s best interests for everyone to gather downtown for a celebration of the new year and witness the swearing into office of local politicians like Delvin Moody and Katie Aiello.

The event began at 7:00 pm; and while certainly the organizers intended this to be a community building event with an overall positive atmosphere, it initially seemed eerie at best. The fog lingered over a barren Genesee Street that would’ve been silent were it not for the fire sirens blaring in the distance.

All of this combined with the glowing orange of the Savings Bank Dome to create an apocalyptic feeling; though this vibe would be short-lived as more people flocked from all over the city to meet upon the street, and then the air filled with merriment and hopefulness.

Uticans then got a chance to welcome back some incumbent politicians like Frank Dibrango, Delvin Moody, and Celeste Friend, as well as welcoming in new faces such as Katie Aiello and Maria Pezzolanella McNeil.

Mayor Robert Palmieri thanked everyone for coming out, acknowledging that everyone’s a bit fatigued from two years of Covid.

“As a city, as a state, as a country, we’re gonna win this,” he stated. His prediction of victory was followed by encouraging everyone to congregate and enjoy the entertainment.
The presenter of this wonderful evening was none other than Utica’s Barry Sinnott, who told the Phoenix, “We were very happy to be able to hold Bank of Utica New Year’s Eve Presented by the City of Utica and its Public Safety Departments. It was a wonderful outdoor event featuring live music including Grupo Pagan, Ladies of Soul & Their Gentleman, Atlas, Megan Williams, Leeky XIV and Caleb Crowder.

“It also featured illusion Leon Etienne and spoken word artist Tabo Bo. On the ground content included an Ice Carving Competition, Horse & Carriage Rides, Fire Dancers, the Childrens Museum’s Mobile Museum and a Chili Cook-off between the Utica Police Department and Utica Fire Department. Approaching midnight, the Bank of Utica tower featured a lightshow and a countdown and then at midnight Utica welcomed 2022 with fireworks over downtown Utica. Overall the weather cooperated with us and an enjoyable time was had by attendees.”

Grupo Pagan, a Latin music band out of Syracuse, kicked off the entertainment. They played an electrifying set full of Santana like songs with captivating rhythms. The band was followed by a group of Irish traditional step dancers. Their final dance was to the Dropkick Murphys song Shipping Up To Boston, and while it was an instrumental version you could still see everyone mouthing out the lyrics in perfect unison.

While Irish dancers pranced in front of Bank of Utica, Fire Dancers (also from Syracuse) twirled and ate flames in front of Griffins Irish Pub.

At the end, another phenomenal Syracusan band called Atlas sang in the new year before a massive crowd, and at long last the last ten seconds of the year ticked on the clock above the street. Ten seconds of anxiety over the last year’s disappointments. Ten seconds of worry over the many new problems to be faced next year. Ten seconds of wondering if things will go back to normal, or if they even should. Ten seconds of hope that whatever may come in 2022, it will be overcome and perhaps be part of a year that gives us all a well-deserved break. 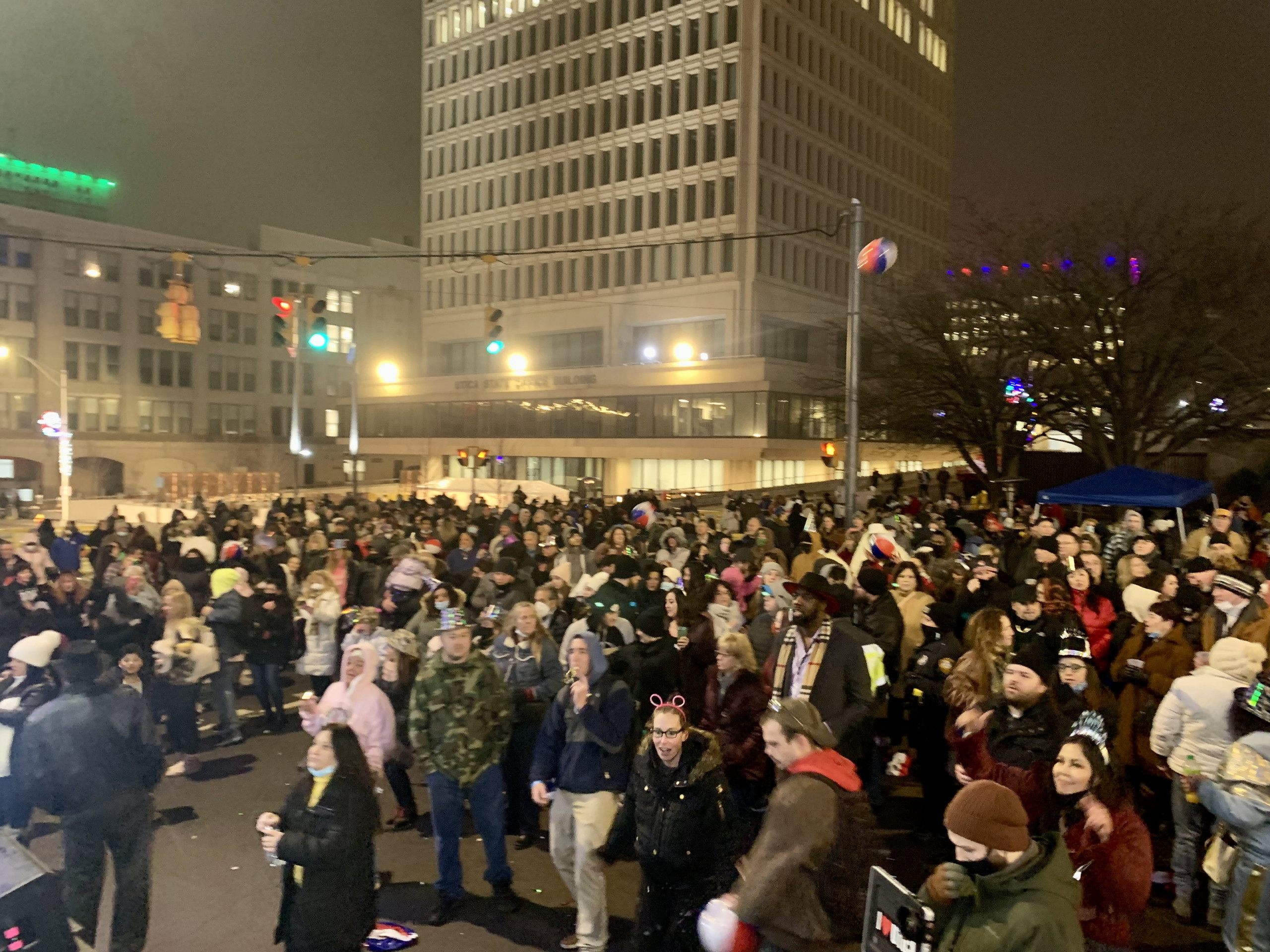 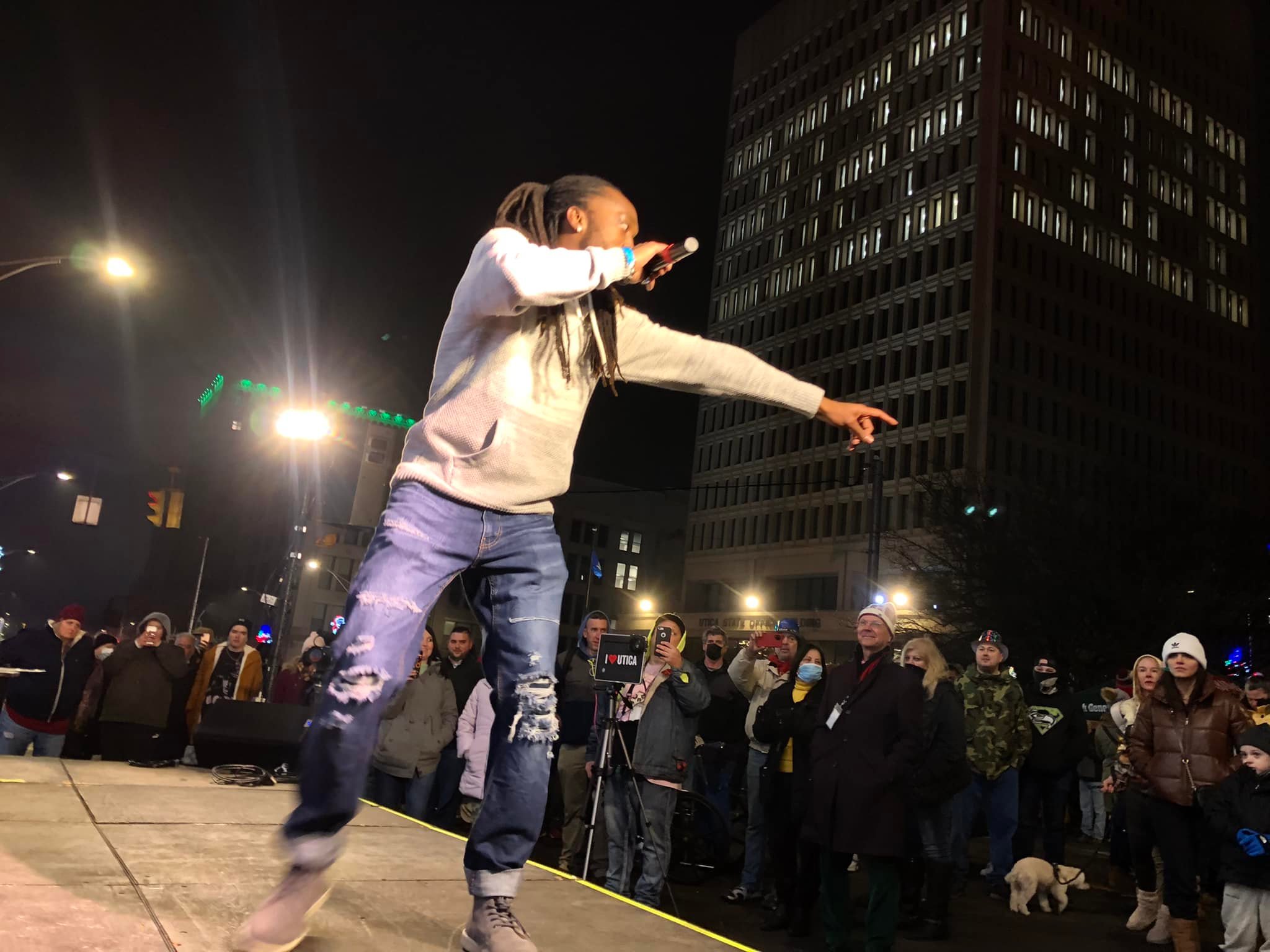 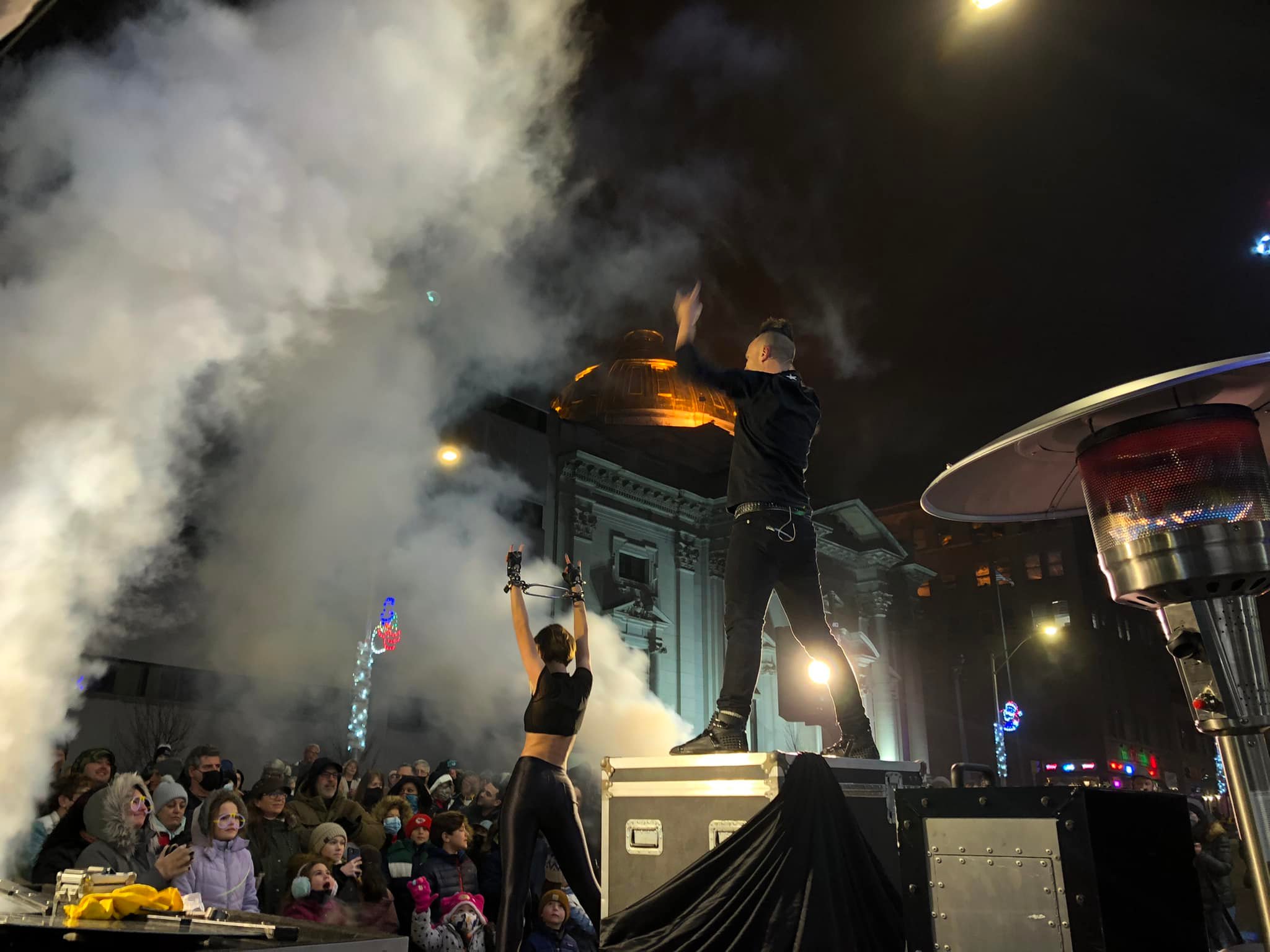 Our New Neighbors: Exploring the Cultural and Historical Context of a Racist Conspiracy Theory Targeting the Migratory Agricultural Workers in my Hometown