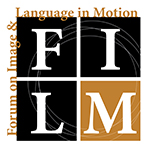 David Greaves collaborated with his father William Greaves on several films, including Symbiopsychotaxiplasm: Take One (1968, 1971), which will be screened on Oct. 24, From These Roots (1974), Nationtime—Gary (1972), The Voice of La Raza (1972), and several films about the first fight between Muhammad Ali and Joe Frazier.

William Greaves’ career spanned more than 50 years during which time he filmed, produced, directed, and wrote more than 100 films, many focused on social issues. In 1969 he earned an Emmy for his work as executive producer of National Educational Television’s Black Journal.

David Greaves, editor of Our Time Press, a neighborhood newspaper serving the Bedford-Stuyvesant area of New York City, will present one of his father’s films in the first of three fall F.l.L.M. Series events focusing on William Greaves’ work.

The F.I.L.M. Series welcomes members of the public who are fully vaccinated for COVID-19. All visitors must wear masks. In accordance with Hamilton College’s policy, unvaccinated visitors, including children, are not permitted at this time. Thank you for your consideration.