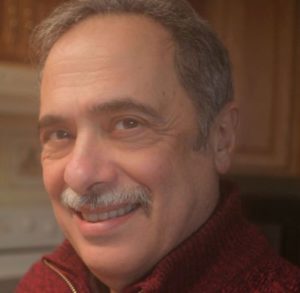 Mr. Phillips’ “Counterpoint” claim that opposition to placing a new hospital in Downtown Utica is based on a notion that “Utica isn’t good enough” easily avoids important matters that Uticans should think about. It also avoids the possibility that hosting the facility may not be such a good deal: that Regional decision-makers have found yet another way to dump costs associated with a regional facility onto the backs of beleaguered Utica Taxpayers. There is little dispute that we can use a new facility. The relevant questions are “Where is the best place? And for what purpose?”

No comfort is taken from the fact that a “professional firm” was hired to survey different sites. That firm is Mohawk Valley EDGE: a regional “economic development” agency supported with our tax dollars that is also a “private” entity, shielding its activities from public scrutiny and making it difficult to know whose interests it serves. EDGE has seemingly made an industry of using public grants for “make work” projects, often moving facilities from Point A to B with little to no sustainable increase in jobs. Its efforts have often been to the detriment of Utica. It has induced sprawl and has frequently required massive infusions of local dollars for new infrastructure, which the public will have to maintain forever.

The Downtown Hospital appears to follow the same “M.O.” When it proposed Downtown as a possible hospital site, EDGE ignored the Utica Master Plan, Zoning Ordinance, and Gateway District regulations (the will of Utica’s people). It literally marketed to MVHS the properties of individuals and businesses without their knowledge, as well as blocks of city street pavement without the public’s knowledge. Whose interests did these actions advance? Why did EDGE presume it could market private property? Why did it presume that it had the authority to make Utica planning decisions and change Utica traffic patterns?

Public Health Law Section 2825-b supplies the grant for new hospital facilities. Its sole purpose is to strengthen and protect continued access to health care services by funding projects that “consolidate multiple licensed health care facilities into an integrated system of care…” Several things suggest that officials are using the state’s money to advance a local private and/or political agenda rather than the foregoing.

Although the site determination held the greatest consequences for the public both under this law as well as for other reasons, EDGE offered Downtown to MVHS with NO PUBLIC INPUT. Afterward, the discussion of alternate sites, particularly those that have bearing on the law’s purpose, has been deemed “out-of-order” because Downtown was “a done deal.” EDGE’s studies, which supposedly compared alternate sites, have been kept out of public view. MVHS/EDGE/local officials have given the public no compelling health care-related reason to place the project Downtown, while at the same time claiming that doing so would somehow economically transform Downtown (which is not a consideration under the law).

Hospital officials are on record saying that they were told that they HAD to choose Downtown or there would be no state money. Since the legislation out of Albany does NOT expressly limit sites to ones within Utica, EDGE/local officials appear to have conditioned their assistance upon MVHS placing the facility Downtown rather than its “back-up site” on the St. Luke’s Campus — and for purposes other than those in the law.

Placing the hospital Downtown will clean-up a handful of blighted buildings, giving an appearance of “success” while generating years of “progress” reports that will boost the media image of the politicians. It may also temporarily benefit some Utica-based trade unionists during the construction phase. However, belief that a Downtown Hospital would spur economic development nearby is not credible because (1) hospital complexes are largely self-contained with exhausted employees wanting to go home after their 12-hour shifts, (2) earlier urban renewal projects that concentrated employees into new office buildings failed to spur other development, and (3) no studies have been offered to demonstrate successes from this approach.

Wherever the project is located, it will DECREASE hospital beds and jobs because those are MVHS objectives of consolidation. Placing the project Downtown, however, will additionally eliminate most of the jobs associated with the 40 businesses that will be taken. Prior local projects show that taking businesses causes most of them to permanently close because the business owners’ private wealth that is destroyed by the wrecking ball is only partially reimbursed by the “market value” received for real property. The spectacle of our government officials actually cheering the destruction of private jobs — for whatever reason — sends a chilling message to would-be investors in Utica.

The economy of Utica and the region depends on the viability of its small business sector. While most small business start-ups fail, chances for long-term survival are improved if they are located in a “hub” with other businesses nearby. Utica cannot lose 28 acres of its Central Business District to a medical campus without threatening its future as a place for small businesses to start and grow. This is a Regional loss because suburban locations would be hard-pressed to match the advantages found in Utica’s CBD for low costs, pre-installed infrastructure, and close proximity to other businesses. This is particularly true now in an era where investing in Downtowns has again become fashionable. It is also particularly true for the Columbia-Lafayette corridor between Baggs Square and the Brewery District because the choicest properties in the latter neighborhoods have already been snapped up for redevelopment.

Placing the hospital Downtown threatens Utica’s future financial stability. Ninety-plus parcels will be permanently removed from the tax rolls, while municipal services will be extended to new, non-paying facilities. Uticans will have their taxes raised to (1) cover the lost property taxes and service extensions, (2) the lost sales taxes from taken businesses, (3) the City’s share of a new parking garage, (4) a substantial portion of the County’s share, (5) replacement of the police garage, and (6) costs for brownfield and infrastructure remediations. EDGE’s balance sheet that purports to show that local taxpayers can afford the project leaves out many of these costs but includes speculative revenue from new medical office buildings — speculative because the buildings are not currently proposed and because it is unlikely that medical providers who built new facilities in places on and near the St. Lukes’ Campus, in South Utica, and in the Utica Business Park will abandon those investments just to be near the new Downtown Hospital.

Lastly, moving the hospital from the St. Luke’s Campus to Downtown will HARM local health care by increasing the distance to the medical providers in the aforementioned places. How does moving the hospital a couple miles away from its rehabilitation facility and skilled nursing home on its current campus foster “an integrated system of care?” Mr. Phillips’ argument that the existing St. Luke’s facility must be closed while a new hospital is built on that campus is belied by the fact that several wings were added to the existing facility over the years with no interruption in service.

In sum, placing the new hospital facility in Downtown Utica will harm Utica, Uticans, Utica businesses, and local health care. It is time to focus on the purposes of the legislation and build where more grant money will go toward health care. Build the new facility on the St. Luke’s Campus.