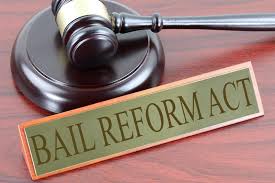 The morning of June 19th, as many friends and supporters of For The Good and Phoenix Media were eagerly awaiting the second airing of our Juneteenth special ‘A Time for Love,’ on WKTV 2.2, we received a copy of a resolution recently passed by the Greater Utica Chamber of Commerce.

Unlike statements and press releases from officials like Governor Cuomo and Congressman Anthony Brindisi marking the observance of Juneteenth, the Chamber chose this red letter day to endorse an action which some studies suggest could cause particular harm to black New Yorkers, and to state residents who live outside the five boroughs of New York City.

The Chamber’s resolution calls for the complete repeal of the ‘Bail Elimination Act of 2019,’ passed by the state legislature and signed into law last year by Governor Cuomo. The law took effect on January 1st, but within three months, some of the most unpopular aspects of the law were rolled back following an outcry from criminal justice officials and local electeds.

The original intent of the 2019 law was to provide more equity in the criminal justice system. The prison reform lobbying group FWD.us studied records on incarceration in the years prior to passage of this law, and found that rates of pretrial release have been significantly lower outside of New York City, and among Black New Yorkers.

The legislative memo in support of the Bail Elimination Act made powerful arguments for the need for bail reform. Individuals who have not been convicted of a crime, yet who cannot post bail accounted for two-thirds of the average daily jail population in New York. For many of these people, the consequences of continued incarceration have been life-altering—the loss of their job, their housing, their benefits, and even their children. And as the memo points out, “these harms are borne disproportionately by persons of color.”

In spite of the Chamber Resolution’s assertion that the new law could harm the state’s business climate if the state is perceived as being less safe, many of those who will no longer linger in jail because they cannot post bail are hardly the type of person who will immediately go out on another crime spree. The New York Civil Liberties Union studied bail practices in 2018 in eight counties outside New York City, and found that the majority of the 90,000 people detained after they couldn’t post bail had only been charged with a violation or a misdemeanor—and faced bail of under $2,500.

The most important precept in the Bail Elimination Act is simply that the criminal justice process should not be radically different based on income. The wealthy have long been able to post bail—sometimes even for very serious crimes. For many years, those without resources, who are most likely black and/or living outside of New York City were more likely to face detention. There has been a systemic over reliance on incarceration—and there have been great racial disparities in jail populations.

The Chamber’s resolution raises the issue of how much localities are paying to track and pursue defendants who fail to show up for trial. We couldn’t find evidence of a major increase in pre-trial disappearances. But there’s certainly no proof that localities’ bottom lines will be strained by an increase in supervision of defendants. The average cost of housing an inmate in a county jail in New York is $105 a day—or roughly $38,000 a year. Supervised probation costs in New York run less than $3,000 a year.

Because COVID hit New York a mere two months after the law took effect, it’s hard to find a definite trend in crime statistics. New York City officials who were arguing for rescinding bail reform were pointing to a significant crime increase almost immediately after January 1st. But crime statistics for New York City showed an increase in murders in May, but a decrease in overall crime. The call for revisions to the law proved to quickly bear fruit, as the state legislature included them in the 2020-21 State Budget, which was quickly signed into law by Governor Cuomo.

The basic framework of the law remains the same. For misdemeanors, violations, and nonviolent felonies, there still won’t be cash bail set. But for more serious cases, judges can have more leeway than they did under the original bail reform bill–deciding whether defendants can be released, and if they are, whether setting a variety of pretrial conditions is appropriate. And in the case of certain felonies, judges will be able to remand people into custody.

Under the original reform, cash bail was permitted for virtually all violent felonies and for other crimes, including sex offenses. The revisions add other crimes to those where bail can be set, including for sex trafficking offenses, second degree burglary, and assault, vehicular assault, and any charge involving the death of a person.

We don’t disagree with changes to the law that have the potential to keep New Yorkers safer. But throwing out a law that is based on the premise that people without means should be locked up, while those with a large income can simply write a check and be sprung free discards the end result of a debate that went on for many years in the state legislature. We don’t argue that people committing a heinous crime should be off the streets and should pay for their crime. We also think judges should have some discretion in how people who committed serious crimes are treated before their trial. But it is simply not fair that indigent defendants who commit a non-violent misdemeanor face the risk of losing their job and family, while a wealthy person can go on with their life while awaiting sentencing.

And while we’re at it, we also can’t argue with the Chamber’s position that important state issues shouldn’t be tacked on to the State Budget. It’s a practice that’s been going on for many years, and makes it difficult for legislators who support the goals of the budget, but not some of add-ons that can’t be separated from the fiscal process. It is often a tactic used to stifle debate, and is an Albany tradition that needs to end now.

With that being said, we believe that the changes to the Bail Reform Law passed in April are adequate to address many of the concerns the Chamber has. We think the Chamber’s resolution misses the reason so many in New York have fought for years–providing fairness and equity in our criminal justice system. At a time when profound changes are happening to right the wrongs so many black and poor people have endured for decades in our country, sending this resolution to the media on the very day many people, white and black celebrated the emancipation of slaves in 1865 was truly the wrong message at the wrong time.

It would be an understatement to say the New York Legislature does not always act with lightening speed to amend laws they’ve passed which draw a strong reaction, but in this case, they’ve more than addressed the concerns, and we think further changes to the Bail Reform Act will do more harm than good—causing economic harm and breaking up families at a time when COVID-19 has already hurt so many.