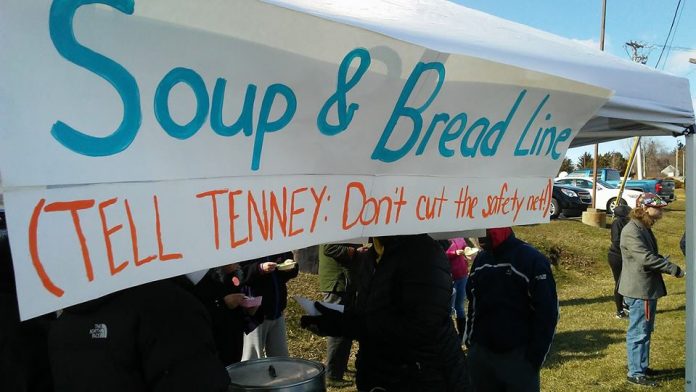 SCHOOL BOARD CANDIDATE FORUM MAY 8

Central New York Citizen Action will be holding a forum for candidates running for the Utica School Board on May 8th at 7 p.m. at 40 Faxton Street, Utica.

The state legislature passed an education budget that not only fails to provide the money our schools need (a mere $2.3 million increase when our local schools are owed a whopping $45 million) but effectively seizes power from the people.

Governor Cuomo, whose policies have “caused the spending gap between rich and poor school districts to grow 24 percent to a record-setting $9,923 per pupil,” will soon have the power to withhold all of our school aid should he not approve of our local budget. Utica is one of only 15 school districts he singled out for this nonsense.

The forum will not only address state budget issues, but local concerns such as 1) culturally relevant curriculum; 2) positive school climate (discipline, suspensions, etc.); 3) increased teacher diversity; 4) community programs and adult education in schools; 5) better busing/transportation for students.
The upcoming school board elections will provide an opportunity for Utica residents to begin organizing to ensure that all children receive a quality education. The school board election will be held on May 15.

Less than two months after signing massive tax cuts that largely benefit those at the top of the economic ladder, President Trump has put forward a 2019 budget that cuts basic assistance that millions of families struggling to get by need to help pay the rent, put food on the table, and get health care. The cuts would affect a broad range of low- and moderate-income people, including parents, children, seniors, and people with disabilities. Taken together, the cuts are far deeper than any ever enacted and would deepen poverty and hardship and swell the ranks of the uninsured. It would have a devastating impact upon Central New York.

The budget also scales back efforts to promote opportunity and upward mobility, such as by cutting both job training and programs that make college more affordable. These cuts fly in the face of the Administration’s rhetoric about expanding opportunity for those facing difficulties in today’s economy and helping more people work.

Through 2017, the President pressed Congress to enact legislation repealing the Affordable Care Act (ACA) and deeply cutting Medicaid. Meanwhile, the Administration has used its administrative authority to implement — and to encourage states to implement — policies that make it harder for many eligible people to get and retain health coverage.The budget doubles down in both areas. It cuts Medicaid and subsidies for private coverage in the marketplace by $763 billion over the next decade, with cuts reaching $172 billion annually by 2028.

Graham, Dean Heller, and Ron Johnson (the “Cassidy-Graham” proposal), then cut funding for health coverage programs well below the already shrunken levels in that bill.

The 2019 Trump budget cuts SNAP by more than $213 billion over the next ten years — or by nearly 30 percent. It imposes large benefit cuts on most households even though current benefits average just $1.40 per person per meal, and radically restructures how benefits are delivered. It also includes other benefit and eligibility cuts that would cause at least 4 million people to lose SNAP benefits altogether. The cuts would affect every category of SNAP participant, including the unemployed, the elderly, individuals with disabilities, and low-income working families with children.

The President’s budget includes substantial cuts in non-defense programs—programs outside defense that are funded each year through the annual appropriations process. Among these are substantial cuts in low-income housing programs that would affect a broad swath of low-income households, including several million working families with children, seniors, and people with disabilities.

The 2019 Trump budget proposes the largest retrenchment of federal housing aid since the U.S. Housing Act was enacted in 1937. In 2019 the budget cuts Department of Housing and Urban Development (HUD) programs by $6.8 billion (or 14.2 percent) below the 2017 level, not counting losses due to inflation. The cuts likely would grow after 2019 because the budget proposes far deeper cuts in non-defense discretionary programs after that year.

The 2019 Trump budget reduces disability programs by $72 billion, including reductions to Social Security Disability Insurance (SSDI) as well as Supplemental Security Income (SSI), which provides aid to low-income individuals with disabilities (as well as low-income seniors). The budget cuts tens of billions of dollars in SSDI benefits, which are funded out of workers’ payroll taxes and which protect workers and their families if a disability cuts their careers short. One budget proposal cuts in half the retroactive benefits that disabled workers may receive. These are benefits provided to new SSDI recipients to reflect the loss of earnings when they became disabled, even if they delayed applying for benefits because they were hoping to get better and go back to work.

The 2019 Trump budget cuts the Temporary Assistance for Needy Families (TANF) block grant and eliminates altogether the related TANF Contingency Fund — a cut of $21 billion in funding over the next decade. TANF provides funds to states for short-term income assistance, work programs, and other crucial supports for poor families with children. Such cuts conflict sharply with the budget’s rhetoric on promoting work opportunities for poor families.

The budget also eliminates the Social Services Block Grant (SSBG), which provides $1.7 billion in flexible funding to states each year for services such as childcare, day programs for seniors and people with disabilities, services for homeless individuals and families, and others. Taken together, these two proposals cut flexible human services funding by $37.8 billion over the coming decade.

The 2019 Trump budget eliminates the Supplemental Educational Opportunity Grant (SEOG), which supplements Pell Grants for some of the neediest students. The justification is that SEOG funds are not optimally distributed across schools. But rather than change the funding allocation, the Administration wants to eliminate a program that makes college more affordable for 1.5 million of the neediest students — with no replacement. The budget also deeply cuts the work-study program. Finally, the budget includes a series of changes in the student loan program that would raise students’ borrowing costs.

President Trump’s new budget would severely damage an array of investments that help many of the very people he has said would be his priority — people who have been left behind by today’s economy or live in distressed urban or rural communities. Coming on the heels of a costly tax cut that’s heavily tilted to the nation’s wealthiest households and corporations, the budget highlights the vast gulf between President Trump’s promises and his actual policies.

We need people impacted by these cuts to speak out to preserve federal investment in people programs. To get involved, call John Furman of Central New York Citizen Action at 315-725-0974. cnycitizenaction@gmail.com, or http://www.cnyca.org.