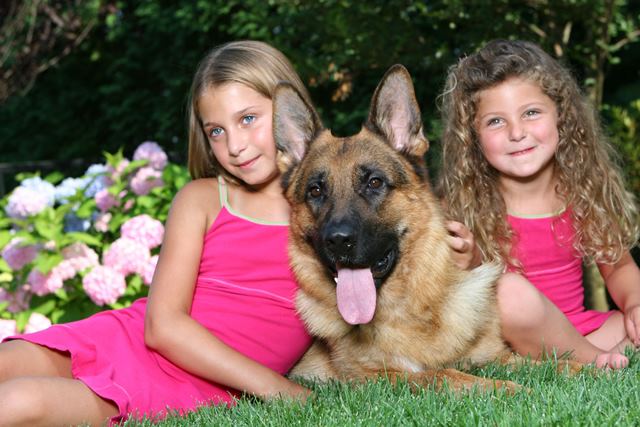 This is an edited version of an article I wrote several years ago shortly after the Sandy Hook Massacre. I was moved to present it again in the present wake of the Parkland, Florida tragedy and the many other attempted attacks. Specialized and targeted trained dogs are sadly overlooked for their great protection potential. In this time of solutions to a national crisis, perhaps student leaders and adults charged with their protection might consider adding this option to hardening schools. I might add that the option for a shooter to “blend back into” the student body, or other threatened group would be impossible with one of these dogs on hand. CHL. 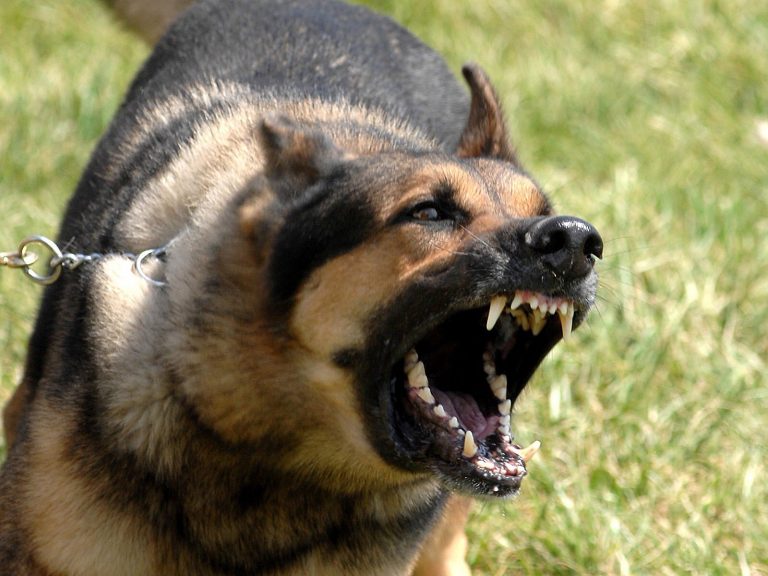 Wayne LaPierre, spokesman of the NRA claims that the only effective response to, “a bad guy with a gun is a good guy with a gun.” Well, Rin Tin Tin, Lassie and the Dutch Malinois dog that assisted in the takedown of Osama bin Laden and I vigorously object.
For centuries Man has employed dogs for service, knowing that in every way the dog’s running speed and reflex response time, strength, senses of smell, hearing, and sight, and are superior to Man’s. And that ultimately, a dog will lay down its life to do its job. And bad guys don’t like dogs, especially highly trained ones capable of covering a distance of 30 feet in less than one second.

Had slain Sandy Hook Principal Dawn Hochsprung been able to send out her school’s well trained Guardian Dog to fend off the shooter, Adam Lanza, she may still have been here to tell the story.

The recent Newtown Massacre may have had a completely different outcome had the envisioned new category of K-9 protectors, the School Guardian Dog, been at hand. Trained to accept and protect children, the dog, at the very least would have taken a bullet for Hochsprung. The valiant, yet slain educator may have had an extra moment to retreat into the inner office and call 911 alerting police that an armed assailant had forcefully entered the school.

Or perhaps, said Guardian Dog would have taken down the shooter and prevented the entire event from occurring. Lanza wore a bulletproof vest. Lanza would not have been prepared for the 330 pounds per square inch of jaw power delivered with precision and without hesitation, to his unprotected arm.

And speaking to, La Pierre’s assertion that only a ‘good guy with a gun’ is the answer, Bad Guys Don’t Like dogs and dogs don’t like bad guys. There is a primordial fear of a snarling wolf-like animal in the human gene pool, understood even by the mentally ill.

Add to that the threat of the focused intent of a 75-pound beast trained to ignore pain and distractions, that can leap 5-foot obstacles, can run at speeds exceeding 30 miles per hour. These dogs are trained to use the full force of their body to knock down a human target. They attack with a full mouth bite and will not let go. The power and ferocity which only a dog can deliver is respected and feared.

Dog Trainer, Sal Piazza, recalls working with the Columbus, Ohio Police Department in pursuit of a bad guy with a gun. The armed perpetrator ended up on the 2nd floor. When the K-9 came onto the scene the bad guy jumped out of the window rather than face or shoot the dog. He ended up with two broken legs and explained to police that he jumped out of the window because he, “didn’t want to be bitten by the dog.”
Owner operator of Piazza’s Professional Dog Training School/K-9 Services Unlimited, Sal

Piazza thinks placement of Guardian Dogs in schools is a “good idea.” Running the oldest dog training school in the area, Piazza says. “It is a non-lethal method of dealing with adverse, even deadly situations.

Piazza says he approached former Superintendent of Utica Schools, Dan Lowengard about putting dogs in schools back in the 80’s. “Things weren’t the way they are now. It was a different back then,” said Piazza.

Piazza explains that dogs are generally trained for use as either Guard Dogs for personal protection or for offensive training and other police work such as cadaver, bomb or drug sniffing. This new category of dog assistant would be trained with a dual purpose ability.
These dogs would be chosen for their acceptance of children and trained not only for personal protection and for guarding the children and staff in the school area but offensive training as well.

“We condition the dog for different circumstances and jobs. These dogs are trained with blanks so that they are not fearful of guns being fired. They will go after the guy and take him down. Then there is time to call for 911 or lock down the premises. These dogs would be a benefit in schools.”

“In close proximity the dog is trained to hit the assailant with the force of its body, to hit and bite and hold. Once a man is down it’s hard, almost impossible to fight a dog. The dog is then given the command stop and hold. The assailant is told to stop fighting the dog.
“If the guy gives up the dog is trained to use the minimum force. He barks if the guy makes another move. The dog does not need another command. The man is then his prey and the dog will automatically go after the man should he flee. Once that happens the dog is taught that there is nothing to fear. If he does move the dog will take him out. The dog will fight to the end.

“The suspect is thinking about being bitten by the dog again and nobody wants to be bitten by a dog,” says Piazza.

Consider this, had a good guy with a gun come onto the scene where Lanza was shooting children, Lanza would have likely been standing between the children and the ‘good guy with the gun,’ putting the children directly in the line of fire. If the good guy’s bullet were to go astray, more innocents would have been at risk. 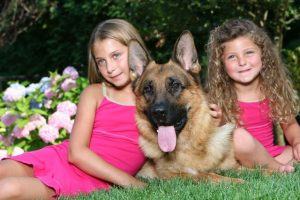 Had a dog been sent instead, Lanza’s fate would have been swiftly and precisely delivered. Trained Guard Dog’s don’t miss the target, delivering upwards of 200 pounds per square inch of bite by the lithe and energetic Malinois to over 500 ppi by the Mastiff. And these dogs don’t miss their targets.

Calls for armed police officers in every school is excessive, both in manpower costs and in fearful presence. This new Guardian Dog option for school security should incorporate an already existing member of school personnel as a handler.

This individual would be trained with the dog and responsible for it. The dog would accompany the handler home and be a part of the family when school is not in session providing even more of a bond between handler and dog.

Although there would be a cost to the acquisition and care of a highly trained dog, there would be no additional costs to the school in terms of added personnel salary, benefits or retirement packages, certainly a consideration in this day and age.
So, while the national debate rages over gun control, adding armed police officers to schools, hardening schools or arming and training teachers and administrators, there are trained dogs returning from duty overseas, there are dogs in shelters and pounds, there are dogs currently in training awaiting placement.

Any and all of these dogs can be properly selected, trained and placed into schools for protecting our school children, teachers and administrators as Guardian Dogs. It could begin tomorrow.

As President Obama said in his address to the nation after the Sandy Hook Elementary School Massacre, “We can’t tolerate this anymore. These tragedies must end. And to end them, we must change. We will be told that the causes of such violence are complex, and that is true. No single law – no set of laws can eliminate evil from the world, or prevent every senseless act of violence in our society.

“But that can’t be an excuse for inaction. Surely, we can do better than this. If there is even one step we can take to save another child, or another parent, or another town, from the grief that has visited Tucson, and Aurora, and Oak Creek, and Newtown, and communities from Columbine to Blacksburg before that – then surely we have an obligation to try.”

Surely, the reasoned and skilled use of ‘Man’s best friend” as Guardian Dogs can be one of those steps in solving this complex national problem.