Arsenal’s Cedric ready to fight for his place at the 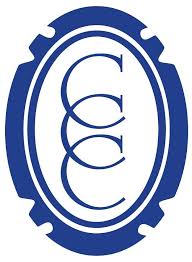 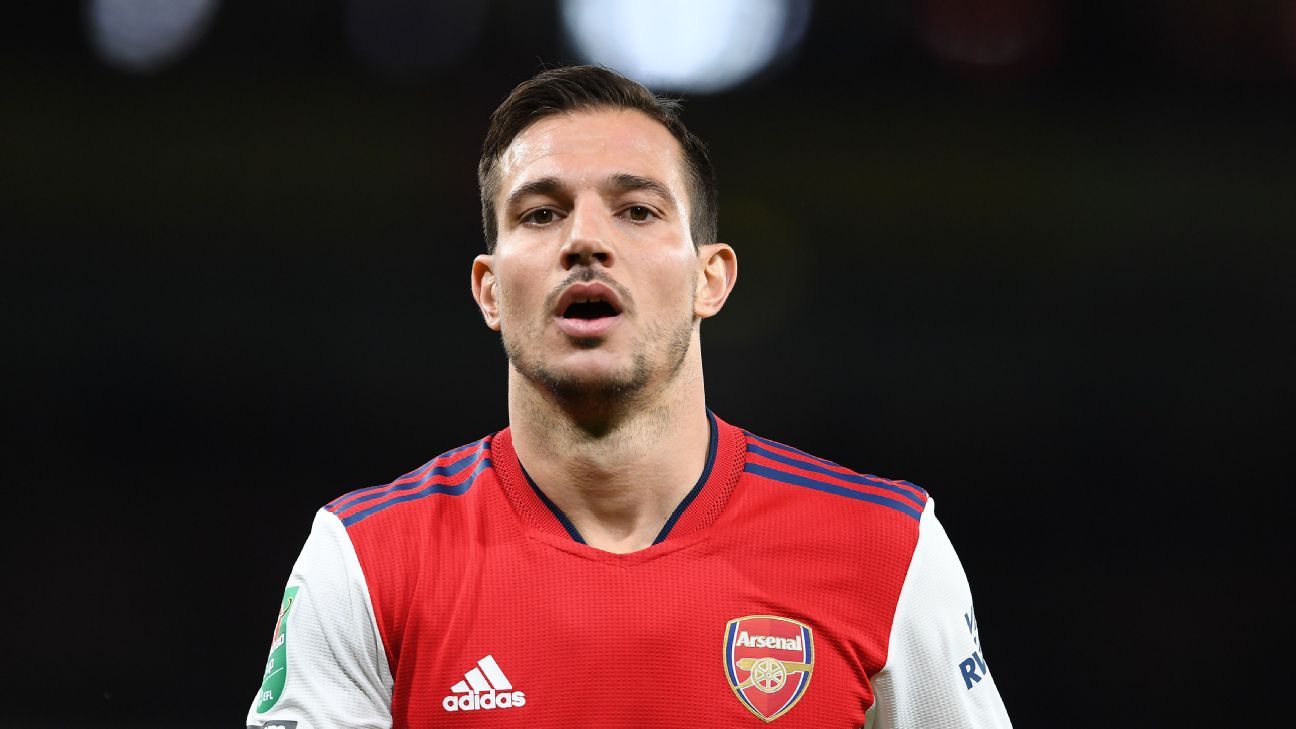 Cedric Soares only joined Arsenal in January last year, but he first started trying to make them successful about 20 years ago.

“I used to play Football Manager a lot with Arsenal,” he says. “I knew all the players at the time, when they were champions with [Robert] Pires, [Thierry] Henry and this fantastic team. So, there was always this feeling for Arsenal.”

That feeling was still strong within him in 2015, when choosing to end a 17-year association with Sporting Lisbon by joining Southampton. “Once I came to England, I had a chat with my agent [Kia Joorabchian],” Cedric continued. “I remember I said to him in the first season at Southampton, ‘You know where I want to finish? I want to go there [to Arsenal].'”

“He always tells me: ‘This is what you want. You are here now. Enjoy.’ And it’s true. I was able to achieve this, the team I wanted to play for.”

It is this depth of emotion for the Gunners that explains his approach to the present battle of regaining a first-team place at Emirates Stadium, a continuation of the stop-start feel to his time in north London.

Cedric became one of the early recruits of the Mikel Arteta era, arriving initially on loan at the beginning of 2020, only to have to wait 152 days for his debut as a result of a knee injury and the coronavirus pandemic. In the meantime, before kicking a ball for the club, he signed a four-year contract. From the outside, it seemed a leap of faith from Arsenal, but in an exclusive interview with ESPN, Cedric revealed it was the product of a preexisting arrangement.

“I wasn’t moving just for the sake of moving,” explained the right-back. “So when I moved [in January], I had a few offers and I was basically coming for free.

“I had four months left on my contract. I knew I had an injury in that week before I moved to Arsenal and that was frustrating because I wanted to come and help, but they also knew I had a few offers for the summer. They just signed me immediately in January and I had a little bit of a gentlemen’s agreement that I would be signing [in] the summer because I was coming [as a free agent]. There was nothing written or anything but in the end in football, it’s also important for you to give your word.”

After scoring four minutes into his debut against Norwich on July 1, 2020, Cedric played four more times during “Project Restart” before going on to make 24 appearances last season, including a spell at left-back deputising for Kieran Tierney. Just five outings have followed so far this term: three in the Premier League and two in the EFL Cup. After losing their opening three league matches, the Gunners have recovered to win eight of their subsequent 10 games, though the absence of European competition for the first time in 25 years limits the opportunities for Arteta to rotate a winning team.

Cedric’s time at Arsenal has been stop-start, but the Portugal defender is working hard every day to contribute to what the Gunners are doing. Stuart MacFarlane/Arsenal FC via Getty Images

The 30-year-old is speaking to ESPN via Zoom after a day’s training in bracing late-autumnal weather at the club’s London Colney base during the final international break of 2021. With many of the squad away, sessions include smaller-sided games, often supplemented by a few promising academy youngsters thrown in to test their mettle. It could also be an opportunity for a player in Cedric’s position to have a quiet word with manager Arteta, perhaps to ask why he hasn’t been given the chance to play in the Premier League since Sept. 11. But it’s not a conversation he feels compelled to initiate right now.

“We haven’t had this chat yet this season,” he said. “But there are some things you don’t need to talk about. With age, you learn how to understand things.

“Last year, I fought a lot to come in the team. Not just one training, two training sessions. No, I was every week — and you can ask the manager as well — very consistent. He knows, and that’s why I ended up winning a space in the team. This season we haven’t qualified for European football, which is frustrating because we have a big squad, everyone wants to play and this affects me as well.

“I’m there fighting. Every week, every day, I will be there knocking [on the door], making him a problem — in a good way — that he needs to think who to put on the pitch. Of course, it is his decision. I respect that and he knows that. But I will not make it easier. Never. This is how I grow up in my career: fight and win. And also [the Portugal] national team, it wasn’t straightforward to play but I ended up winning my space. It is like this.

Sources have told ESPN that Arsenal’s backroom staff have been impressed with his willingness to work, and Cedric’s perseverance has served him well. He has been capped 34 times by Portugal during a prolonged international career, the apotheosis of which came in winning Euro 2016. He started every knockout match, and the winner’s medal sits in a frame alongside his shirt from the final on a wall in his house.

“This is something I think stays with you forever,” he said. “It’s a very short period of time, but you live it in a different way, you live it with a lot of emotion. It is your country, you are aware of everything because it is your country. Even if you don’t watch TV, your family texts you, your friend texts you. After the games, I used to have, I don’t know, 500, 600 text messages. Crazy.

“Even Cristiano [Ronaldo] used to say, ‘Winning something for your country is something different: You feel it in a different way.’ No matter what they say, what they do, these players, they were fantastic. It’s something stays forever. They cannot delete the names out of there.”

Cedric went on to represent his country at the 2017 Confederations Cup and the 2018 World Cup, while becoming a popular figure of an overachieving Southampton side during 138 appearances on the south coast.

It is this wealth of experience and winning mentality that Arteta has sought to inject to a notoriously fragile squad, a central tenet of the cultural change the Spaniard has regularly talked about implementing since taking charge in December 2019.

“I know what he means because our team is very young,” said Cedric. “And sometimes, especially in the bad moments, older players become a little bit more important. Not just on the pitch, but overall because in difficult moments, when things don’t go how we want and the crowd will change a little bit and the criticism will start to appear, it is normal in football that some players start to hide. It didn’t really happen to our team because even in the difficult moments, everyone wanted the ball and everyone wanted to play.

“We try to encourage everyone, especially the younger players, to go out and play with personality. Even if you make a mistake, you need to be willing to take the risk again. He once told me this as well. I just love this because I think it’s the right mentality. We have a saying in Portugal that ‘you only miss when you are there.’ It means that for you to be making mistakes, you need to be there and to take the risk.”

Arteta has publicly praised Cedric’s professionalism in waiting for, and seizing, his opportunities. “The best thing with Cedric is the way he takes his profession, the way he trains, the way he prepares himself,” said Arteta earlier this year. A run of eight starts in 10 Premier League games earlier in the year earned him a recall to the Portugal squad for the first time in three years, playing the entirety of a 2-2 draw against Serbia in March.

The defender retains ambitions to continue playing for Portugal — “I cannot say it’s not a goal, it’s always a goal to be there” — but to do that, he must play regularly for Arsenal.

Cedric, right, was integral in Portugal’s run to the Euro 2016 title, playing every game of the knockout stages. That defiant victory, and that team’s commitment, is reflected in Cedric’s approach at Arsenal. MARTIN BUREAU/AFP via Getty Images

Some players in this situation would think about a move, especially with January approaching and a World Cup just over a year away. “I’m completely focused on Arsenal,” he said. “In football you cannot guarantee anything because you don’t know: Tomorrow everything can change. But right now, I’m here, I’m fighting for my position. It is the club I want to be in and I want to win my space and I will keep doing my thing.

The arrival of Japan international Takehiro Tomiyasu from Bologna to replace Hector Bellerin, who was loaned to Real Betis, presents a fresh challenge in the battle for first-team minutes. “First of all, in every club you need to have two or three guys fighting for a position,” said Cedric. “This is completely normal. If you’re afraid of this competition, then it’s better you don’t play football.”

“So I’m completely OK with this. Hector, Tomiyasu — I respect them all, I like them all. I’m very good with all of them. Of course, I’m sometimes disappointed that I don’t play [as much as] I want, this is normal. If a player is not disappointed when he doesn’t play, I will not lie to you, then he doesn’t love what he does.

“But this doesn’t need to transform you into a bad attitude in training because some players would maybe react in a different way. That would be, ‘I don’t want it anymore, that’s it.’ No, I never had this attitude and I don’t think I’ll have it. Because it’s not in me, it’s not in the way I grew up.”

That upbringing was the genesis of his journey trying to win everything at Arsenal. Did he manage it on Football Manager?

“I don’t remember, but you always find a way or you start over again!”

Cedric will keep trying to find a way.