With School About to Start, Congressman Brindisi Asks the FCC to Reject Plan That Would Allow Spectrum to Slow Down or Shut Off Internet Service Unless Customers Pay More 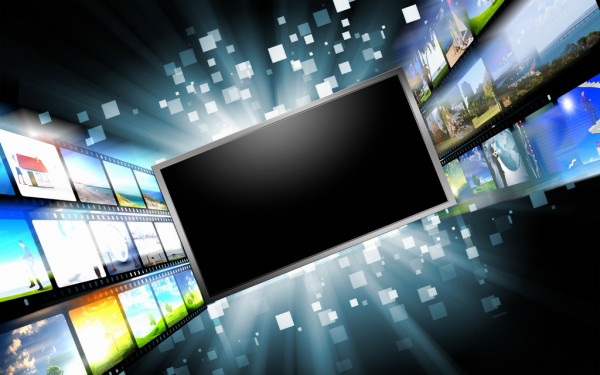 Armed with Spectrum’s request to keep raising prices on customers who use or still need internet service in our area and standing in front of Spectrum’s offices, U.S. Congressman Anthony Brindisi revealed a new attempt by Spectrum (Charter) to get out of federal promises it made to the government when it merged Time Warner in 2016. Brindisi unveiled the discrete Federal Communications (FCC) filing that spells real trouble for consumers as he put pressure on the company to back-off and demanded the feds act. Brindisi highlighted the pandemic and sounded the alarm on Spectrum’s request to engage in yet another money-making plan that must not get approved. Brindisi said that if given the green-light by the feds, families who are already worried about the upcoming school year amid COVID-19 will have yet another lump in their throats—because costly data caps could be coming to their internet connection. Brindisi said ‘enough is enough’ as he urged new action in the continued battle with the cable and internet juggernaut.

“Spectrum cable, during a pandemic, is seeking permission to impose data caps on customers and I am here to stand up to them and say no,” said Brindisi. “If Spectrum gets their way, your family could hit your monthly data cap after your child does one week’s worth of online classes. If you want your child to see their teacher the rest of the month, you would need to cut Spectrum another check. That is unacceptable.”

Brindisi sent a letter to the FCC demanding they reject Spectrum’s request for leniency for their merger terms. Earlier this year, Charter Communications, the parent company of Spectrum, petitioned the FCC to lift certain terms of the merger agreement between Charter and Time Warner Cable. The request received little fanfare and news coverage, floating under the radar until Brindisi blew the lid-off. Brindisi, no stranger to fighting cable giants, urged the FCC to reject this request.

Spectrum’s petition seeks to lift restrictions that currently prevent Spectrum’s customers from being subject to data caps. Brindisi slammed Spectrum’s record of over-promising and under-delivering and stood up for workers and families across New York state who rely on their broadband connection for their livelihood and education during the pandemic.

“Given Charter’s record and the current realities facing American families, the FCC should reject Charter’s request to terminate the terms of their merger and require that they continue to abide by the merger agreement for the full seven years,” Brindisi wrote to the FCC.

In Congress, Brindisi has routinely held Spectrum’s feet to the fire. Last year, Brindisi brought his fight with Spectrum to the halls of Congress. The first bill he introduced, the Transparency for Cable Consumers Act, would provide better oversight of cable and internet providers and hold companies accountable that are fined by a state Public Service Commission like Spectrum. In November, Brindisi slammed the cable company in a district-wide opinion piece outlining his dogged efforts to hold the cable company accountable regardless of the consequences in Washington.

Earlier this week, Brindisi revealed the results of his first-of-its-kind broadband survey. The survey showed NY-22 has the slowest internet in New York state.

Brindisi’s full letter to the FCC is below:

I write today regarding the petition filed by Charter Communications (Charter) to sunset two conditions of its merger agreement on May 18, 2021. The original merger agreement included terms that would not expire for seven years. I strongly urge the Federal Communications Commission (FCC) to reject Charter’s request and require them to abide by the terms of the merger for the full seven years.

As you are aware, on May 10, 2016, the FCC approved the merger of Charter Communications and Time Warner Cable, Inc. This came after the New York State Public Service Commission (NYS PSC) granted similar approval to the merger in New York, a move which impacted 2.6 million customers in our state. As a condition of that merger, the new Charter Communications (operating under the name “Spectrum”) was required to expand high-speed internet access to at least an additional 145,000 addresses over a four-year period, at a rate of at least 36,250 per year.

In 2018, the NYS PSC took action to revoke its approval of Charter’s merger agreement due to “persistent non-compliance and failure to live up to promises.” The NYS PSC identified Charter’s “attempts to skirt obligations to serve rural communities” as a primary reason for the revocation. Charter had missed “every network expansion target since the merger was approved in 2016.” In order to stay operational in the state, Charter eventually agreed to complete its 145,000 home build-out and pay the state $12 million to finance further broadband expansion.

Due to their failure to abide by the terms of their merger in New York State, Charter’s fulfillment of their FCC obligations requires close monitoring. The terms with the FCC include expanding their broadband network to two million new customer locations and prohibiting Charter from imposing data caps. As I wrote to Chairman Pai in a letter dated January 25, 2019, I encourage the FCC to conduct thorough oversight of Charter’s build-out and other merger obligations.

I hope that the FCC will also weigh the current national situation in its decision regarding Charter’s request to impose data caps on its customers. With millions of Americans working from home, and countless K-12 and college students participating in distance learning, it would be disastrous to allow Charter to institute data caps on their customers as early as next year. No worker should have their internet access crawl to a stop because they hit their data cap, and no family should be put in the position of having to pay their Internet Service Provider more so their eight-year-old can participate in their third grade class. With millions of Americans out of work in the middle of the global pandemic, Americans need our support. They expect agencies such as the FCC to stand with them, not with corporate behemoths trying to raise their bills.

Given Charter’s record and the current realities facing American families, the FCC should reject Charter’s request to terminate the terms of their merger and require that they continue to abide by the merger agreement for the full seven years. Thank you for the opportunity to comment on this matter.