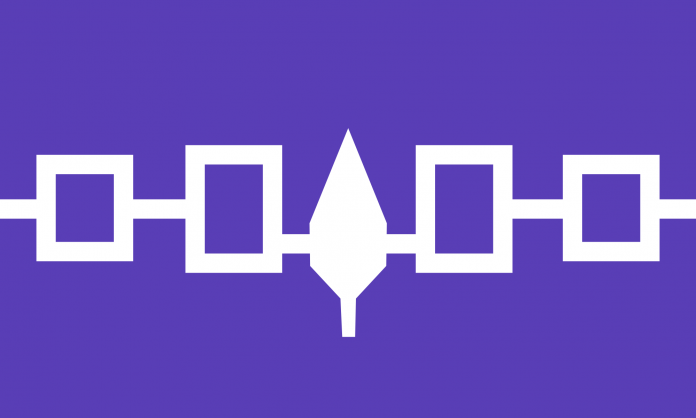 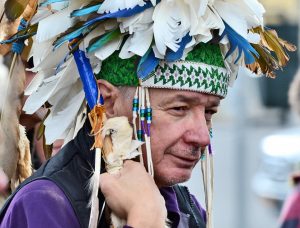 Our Native American ancestors have a wonderful tradition of welcoming those in need to our lands. I am from the Mohawk Nation which is part of the Iroquois Confederacy and we have as one section of our Great Law of Peace which states that whenever an individual or a people are in want and should they follow one of the gleaming white roots which lead to our symbolic Everlasting White Pine they are to be given shelter and sanctuary.

This instruction was given to us by Skennenrahowi, our Peacemaker, many generations before the arrival of the Europeans to our lands but once we encountered these hungry, sick and oppressed refugees from a distant and troubled continent we made a place for them, taught these colonists how to survive in a new world and tried to instruct them about the principles of freedom and ecological responsibility.

Among the most desperate of those groups were Germans from the Palatine region and the town of Bodenheim, where the ancestors of President Trump were born. Those Palatine Germans were identified by my Mohawk ancestors as having the skills and drive to create new communities in the eastern part of our nation where they would bring the technical abilities we needed while becoming partners in the development of a new Native-European culture.

It was our intent to give formal instruction to the refugees as to how to live in a state of liberty unknown anywhere in Europe but an essential part of our lives as Iroquois which they could then share with the world. We were hoping that once freed of the burdens of an oppressive state and free from the bonds of fear the Germans would become our friends and allies.

As it was with us so it was with many other Native nations. Hospitality was characteristic of all our peoples. We should now use our status as sovereign nations to open our communities to those from the south who are fleeing the same circumstances as those colonists from the east.

When we see the photos of the refugees we see that they resemble us and upon closer examination affirm they are indeed native but from places where having an indigenous identity has been actively oppressed. We, of all people, understand how this marginalization may compel families to leave their homes and disrupt their communities, to undertake perilous journeys and to take a chance that somehow life will be better in a distant, unfamiliar country.

It is our experience and our connection with the people from the south, our biological kin, which should compel us to accept them, to create a place of safety, to bind their wounds and make a new home for them and to lead those who so desire to citizenship within our nations.

Doug George-Kanentiio is is a co-founder of the Native American Journalists Association and a former member of the Board of Trustees for the National Museum of the American Indian. He resides on Oneida Territory with his wife the composer-performer Joanne Shenandoah. He may be reached via e-mail: Kanentiio@aol.com or by calling 315-415-7288. Address: Box 450, Oneida Castle, NY 13421.