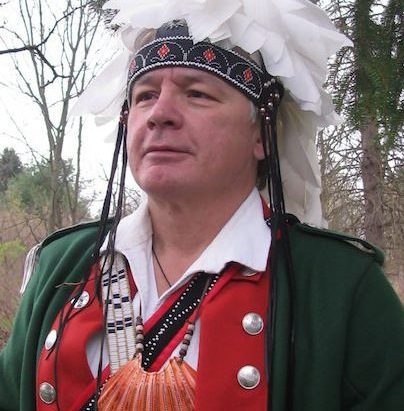 There once was a man who lived in fear about the future. He foresaw a time when there would be hunger and poverty when the climate would be one of long cold weeks as the ground lay frozen beneath a weak sun. He decided that he would secretly hoard all the food he could get along with other things he thought people would need and thereby come to him to trade for the things he did not have. For many weeks he gathered dried corn, hid away racks of smoked meat, dug deep holes which he lined with corn husks to preserve squashes, berries, and apples. He went into the forests where he made other pits where he hid tools, weapons, pottery, and leather. He did so at night, without anyone knowing of his actions, ever secretive and evasive. He thought he had so much wealth he would ensure his survival so refused to share with anyone.

There was another man who lived each day without fear of the future. He knew fall would follow summer and winter soon thereafter but he worked each day with gratitude and ease, taking pleasure in being with others, joking as he planted and sharing all he had. This man took the time to sing and dance, to enjoy being with his family and friends. He worked with them to put aside what they needed for the year but was confident that whatever happened they would take care of each other. He had little physical possessions but he was admired and loved by all not because of any particular skill or ability but for his generosity and good will.
As the first man feared the tough times did come about and there were long days of cold marked by snow and ice. Both men were confronted by the same situation but at the coming of spring, only one of the two survived. Which one was it?
Among our people, it would be the second for he who would endure must have a reason to do so. Simply making it through the days is not enough for the human spirit or body. Hoarding goods and food did the first man no good for while he was able to eat what he ate was marked by bitterness and rot. He thought that by being alone, without needing anyone else, he had what was necessary to live. He was obsessive in his greed and was so suspicious of anyone finding his stores that he soon forgot where he had buried most of them. He skulked in the woods, growing ever more confused in his mind until he collapsed onto the ground and surrendered his body to the cold and starvation he so deeply feared.
The second man knew days of hunger but he was no different than anyone else. He drank teas to ease the pains and kept busy keeping the spirits of the people healthy with his stories and jokes. He gathered wood for the longhouse fires, watched over the children, made tools and did whatever he could to be of help. Whatever fish or wild game he caught he shared freely with the people beginning with the elders, children and women-only when all were fed would he partake of his meal. What food was available was never in abundance but it was enough. In the springtime, the people emerged from their longhouses to harvest the maple sap and renew the year.
Such a story is told to let the people know that only by working together can we make it through difficult times. It is not for one person to hoard food and goods but only by sharing all we have and giving according to need, based on our individual abilities can we secure our lives. Individual greed has no merit and can only end in tragedy.