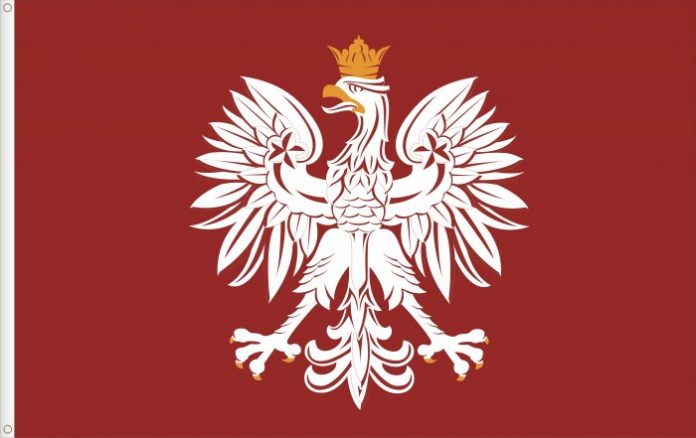 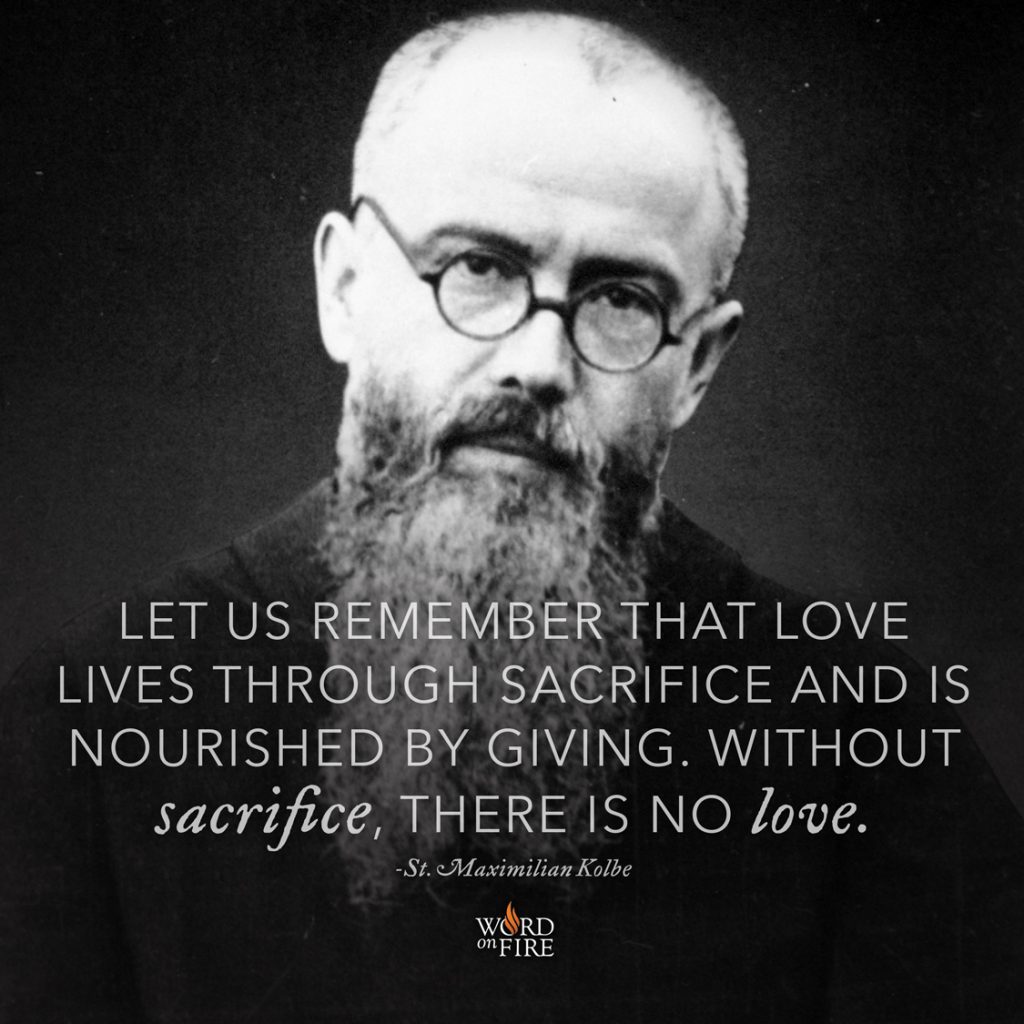 Maximilian Kolbe was a Polish Conventual Franciscan friar, who volunteered to die in place of a stranger in the German death cap of Auschwitz, located in German-occupied Poland during World War II. He was active in promoting the veneration of the Immaculate Virgin Mary, founding a supervising the monastery of Niepokalandw near Warsaw, Poland, and operating an amateur radio station, and founding or running several other organizations and publications. Kolbe was sent to Auschwitz for hiding Jews during the Second World War. The death camp, Auschwitz, became the killing center during World War II, where the largest numbers of European Jews were murdered by the Nazis. One Christian man, who died here became a martyr to the truth of evils of Nazism—a true hero for our time, a saint, who lived what he preached–total love toward God and man. When a prisoner escaped from the camp, the Nazis selected 10 others to be killed by starvation in reprisal for the escape. One of the 10 selected to die, Franciszek Gajowniczek, began to cry: My wife! My children! At this Maximilian Kolbe stepped forward and asked to die in his place. His request was granted.

His name wasn’t always Maximilian. He was born the second son of a poor weaver on the 8th of January, 1894 at Zdunska Wola near Lodz in Poland, and was given the baptismal name of Raymond. Both parents were devout Christians with a particular devotion to the Virgin Mary. His father was German, his mother Polish. In 1914 his father was captured by the Russians and hanged for his part in fighting for an independent Poland. In his infancy, Raymond seems to have been normally mischievous, but one day after his mother had scolded him for some mischief or other, her words took effect and brought about a radical change in the child’s behavior. Later Raymond explained this change: That night I asked the Mother of God what was to become of me. Then she came to me holding two crowns–one white, the other red. She asked if I was willing to accept either of these crowns. The white one meant that I should persevere in purity and the red that I should become a martyr. I said that I would accept them both. Thus early did the child believe and accept that he was destined for martyrdom. His belief in his dream colored all his future actions. Raymond developed a strong religious yearning from an early life. He recounts an early childhood vision of the Virgin Mary. This vision was significant because he chose both the path of sanctity and also to follow the path of a martyr.

Becoming a Franciscan Friar in 1910

In 1910 he was given the religious name, Maximilian, and was admitted as an Initiate. He took his final vows as a monk in 1914. After a short period in Krakow, Poland, Kolbe went to study in Rome, Italy. He gained a Doctorate in Philosophy at the Pontifical Gregorian University in 1915. In 1919 he also gained a Doctorate of Theology from the University of Saint Bonaventure. Kolbe was ordained as a priest and completed his studies, returning to the newly independent Poland in 1919. He settled in the monastery of Niepokalanow near Warsaw. Towards the end of his studies, Kolbe suffered his first bout of tuberculosis and he became quite ill, often coughing up blood; the illness disrupted his studies throughout the rest of his life. He experienced poor health, but never complained, seeing his illness as an opportunity to ‘suffer for Mary’.

Maximilian Kolbe built a friary, which eventually housed 762 Franciscans and printed eleven periodicals, one with a circulation of over a million, including a daily newspaper. In 1930 he went to Asia, where he founded friaries in Nagasaki, Japan and in India. In 1936 he was recalled to supervise the original friary near Warsaw, Poland. When Germany invaded Poland in 1939, he knew that the friary would be seized and sent most of the friars home. He was imprisoned briefly, then released, and returned to the friary, where he and the other friars began to organize a shelter for 3,000 Polish refugees, among whom were 2,000 Jews. The friars shared everything they had with the refugees. They housed, fed, and clothed them, and brought all their machinery into use in their service. Inevitably, the community came under suspicion and was watched closely. Then in May 1941, the friary was closed down, and Maximilian and four companions were taken to the death camp, Auschwitz, where they worked with the other prisoners.

Prisoners were slowly and systematically starved, and their rations were barely enough to sustain a child: one cup of imitation coffee in the morning and weak soup and half a loaf of bread after work. When food was brought, everyone struggled to get his place and be sure of a portion. Father Maximilian Kolbe, however, stood aside in spite of the ravages of starvation, and frequently there would be none left for him. At other times he shared his meager ration of soup or bread with others. In the harshness of the slaughterhouse, Father Kolbe maintained the gentleness of Christ. At night he seldom would lie down to rest. He moved from bunk to bunk, saying: ‘I am a Catholic priest. Can I do anything for you?’ A prisoner later recalled how he and several others often crawled across the floor at night to be near the bed of Father Kolbe, to make their confessions and ask for consolation from God. Father Kolbe pleaded with his fellow prisoners to forgive their persecutors and to overcome evil with good. When he was beaten by the guards, he never cried out. Instead, he prayed for his tormentors. One of the SS guards remarked: “This priest is really a great man. We have never seen anyone like him.”
Father Kolbe’s Death