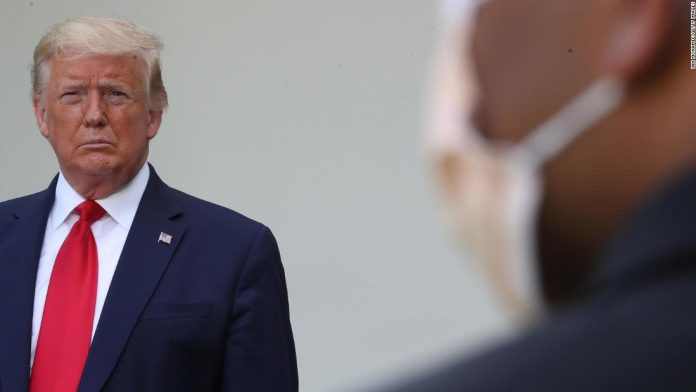 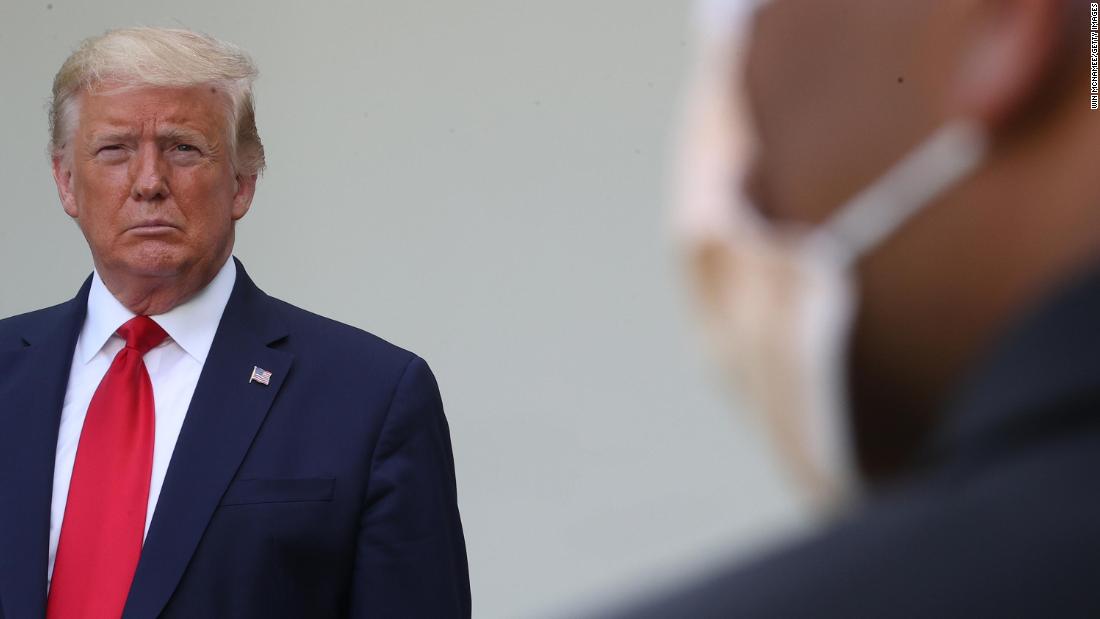 The divide emerging more than a month ahead of the July 4 holiday underscores the competing interests pitting Trump, who is insistent on reopening the country, against local officials, who have urged more caution.

Across the nation, governors have found themselves under pressure from Trump to lift some restrictions and allow businesses to reopen. Projecting a return to normalcy after a devastating period of coronavirus outbreak, the President has said Americans should be able to live their lives like they did before.

But Washington’s mayor reiterated Wednesday that a parade in the nation’s capital had been scrapped.

“The Independence Day parade has already been canceled,” Mayor Muriel Bowser, a Democrat, told reporters. “I don’t know another way to say it, the parade has been canceled. Our big concern would be around how to manage fireworks and we will continue to work with Interior on that.”

The White House on Wednesday said Trump was still planning on holding some type of celebration but did not specify any details.

“As President Trump has said, there will be an Independence Day celebration this year and it will have a different look than 2019 to ensure the health and safety of those attending,” said White House spokesman Judd Deere. “The American people have shown tremendous courage and spirit in the fight against this global pandemic just as our forefathers did in the fight to secure our independence, and both deserve celebration on America’s birthday this year.”

People familiar with the matter said plans for a July 4 celebration somewhere on the National Mall were moving ahead. One source familiar with the matter said the emergency medical teams that have staffed the event in the past were notified Friday that it was still on, and that discussions have begun on what those groups will do to be prepared and safe amid an ongoing outbreak.

Before the country began emerging from widespread lockdown orders, Trump mused about hosting a “big celebration” after a pandemic that will have taken more than 100,000 lives. Last year, Trump ordered up military flyovers and tanks for a dramatically scaled-up July 4 production in front of the Lincoln Memorial.

Already, the President has said he’ll head west this year to view fireworks above Mount Rushmore in South Dakota on July 3 — a display that hasn’t happened in more than a decade.

He’s conceded an Independence Day celebration in the nation’s capital would likely take on a different feel than last year’s extravaganza.

“On July 4th, we’ll be doing what we had at the Mall, as you know,” Trump said last month. “We’re going to be doing it. Last year was a tremendous success and I would imagine we’ll do it — hopefully, I can use the term ‘forever.’ That was a great success as you remember, even though it was pouring.”

He added the event would likely be reduced in size to a quarter of what it was and include social distancing measures.

“We’ll have to do that in a very, very interesting way,” he said. “And maybe we’ll even do it greater, so we’ll leave a little extra distance.”

But Democratic lawmakers from the region have raised alarm that Washington — which has been among the cities hit hardest by coronavirus — may not be ready by then to host any kind of major holiday event. They wrote to Defense Secretary Mark Esper and Interior Secretary David Bernhardt this week to express concern about the potential for a major July 4 event in Washington, suggesting a production like last year’s “Salute to America” would be dangerous.

“Given the number of individuals that would try to attend such an event, logistically such an event would be impossible to put on safely,” read the letter, which was organized by Rep. Don Beyer of Virginia and signed by Washington’s non-voting delegate to the House of Representatives along with lawmakers from neighboring districts in Virginia and Maryland.

Bowser said Wednesday the city was moving to its first phase of reopening this weekend, but large gatherings are still prohibited. By phase three — when the city is experiencing only “sporadic transmission” — gatherings of 250 people or fewer are allowed, according to Bowser’s task force. Only when a vaccine is developed or the “disease has effectively disappeared” are limits on the size of gatherings lifted.

Even if, as he suggested, Trump reduces the size of this year’s celebration to a quarter of what it was last year, the crowd would still top 250 people. While no official crowd count exists from last year’s event, Trump himself has suggested there were more than 10,000 attendees.

But because most of Washington’s monuments are administered by the National Park Service, Trump would not necessarily be bound by the city’s restrictions in planning his July 4 event — just as he ignored the mayor of Baltimore’s request to cancel a Memorial Day ceremony held this weekend at Fort McHenry, which is also a national park.

When Trump delivered an address at the Lincoln Memorial last year, he was the first sitting president to do so on July 4 in decades. Typically presidents have celebrated the holiday with a picnic for military service members and their families on the White House South Lawn followed by a viewing of the fireworks.