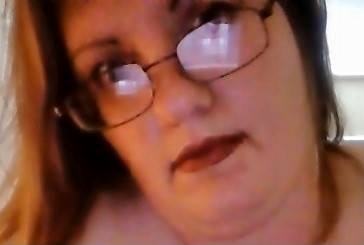 Five Fun Facts About the Music of Phoenix Radio

When we listen to 95.5 The Heat, Phoenix Radio, we typically choose our favorite genres, and our favorite shows. Some of us might gravitate toward classic Rap and Hip Hop. Others may prefer Soul, Gospel, or Jazz. What many people may not know, or may easily forget, is that most of our favorite music blends influences from many other genres, and even other art forms. Consider the following five fun facts about our favorite music.

Hip Hop music is the most popular in the world.

In July 2017, Jessica McKinney from Vibe.com reported that Hip Hop had surpassed rock as the most popular music genre for the first time in history. While some may be tempted to pass this off as a temporary blip in history, reports from as recently as 2019 reveal that Hip Hop continues to dominate. Hip Hop, of course, owes its creation to R&B, as the distinctive sounds that would become the roots of Hip Hop music were created when DJs began altering the sound of R&B records at parties.

Rap music has roots in Jamaica

Clive Campbell, known professionally as “DJ Kool Herc,” immigrated to the United States from Jamaica at the age of 12. (John G. oldschoolhiphop.com). He would grow up to become a DJ, inventing the practice of taking the breaks in songs and extending them to create a continuous stream of music. In addition to creating a technique that would become the basis of Hip-Hop and Rap music, DJ Kool Herc would chant rhymes intended to encourage the crowd to keep dancing.

The art of talking or chanting over a beat was new to the United States of the early 1970’s, but it was an established practice in Herc’s native Jamaica. Known as “toasting,” it has been a part of Jamaican music for decades, becoming especially popular in the late 1960’s.

Jazz exists in every country.

Most fans of Jazz think of it as the one form of music that is distinctly American, and they are correct. Jazz began in the United States, but it has traveled worldwide. As with all forms of music, each country contributes its own flavor to Jazz, and Jazz in turn influences other forms of music from each country. This is true even in countries we associate with very different types of music.

Americans tend to think of music from Asia as either traditional folk music of that part of the world, or we think of the innocent, image-driven pop music from Korea and Japan. But Jazz took root in Japan when American soldiers stationed there during World War II began hiring local musicians to play the music they loved from back home. In the decades that followed, Japan’s own Jazz scene would develop. By 2016, Japanese Jazz had become so distinct that music website Project Revolver would include a feature by music writer Alexandra Daoud listing the top ten pioneers of Japanese Jazz.

Gospel and contemporary worship music was the inspiration for some of today’s most popular rock, pop, and R&B artists.

Popular R&B singer Usher began practicing his art at age six, by singing in his church choir. John Legend is known today as a singer-songwriter who fuses R&B and Soul, but he first sang in church as a child, and worked as musical director for a Baptist church while in college.

Belly dance can be performed to rap music.

Belly dance purists would argue that belly dance should not be performed to anything but traditional folk music from the Middle East, or music written specifically for belly dancers. But it is possible to perform the famous hip circles, hip lifts, shimmies, bumps, and rolls to rap music.

In 2010, rapper Jersey Bounce released a video for his song, “Snake Chama,” featuring Avenue Joe and Breezo. The video shows the rappers performing in baggy pants and tank tops, but the girls dancing in the video are dressed in the traditional belly dance costume of a bedlah (bra and belt set) and long skirts. What many rap fans may not realize is that two of the women are famous in the belly dance community. Sadie Marquardt and Kaya Munn have performed, toured, taught, and produced belly dance instructional videos for more than ten years. Each move in the video is an authentic belly dance isolation or combination.

Next time you’re listening to just one program or just one DJ or Program Host on 95.5 The Heat, stick around. You may just find your favorite music has a lot in common with something else on the air.