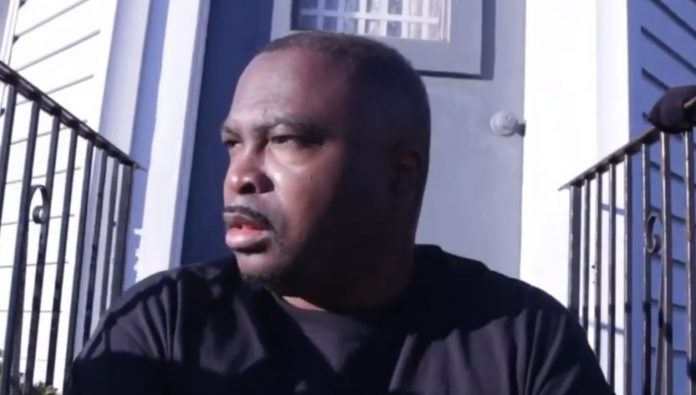 On January 6, all decent Americans watched in horror as an angry mob made up not exclusively, but primarily of white people, invaded the United States Capitol building. These domestic terrorists plotted to take over the government on social media several weeks in advance, incited to further violence, including murder, by then President Donald Trump, his son, Donald Trump, Jr., and Trump senior’s attorney, Rudy Guiliani.

The police, despite one of their own being victimized by the terrorists, were filmed granting them access to the Capitol building, cheering them on, even posing for pictures with them. Now former President Trump responded to the terror attack by gently urging them to go home after the fact, stating, “We love you. You’re very special.”

These reactions were shocking in any case, but made even more so when compared to the reactions of most police departments to the Black Lives Matter protests of the previous summer, in which the majority of the faces seen on camera were Black, and the focus was on the lives of Black people. Police greeted protesters in full riot gear, formed human blockades against buildings, and were regularly seen herding people out of public spaces.

This contrast served as further validation of the message of the Black Lives Matter movement, and the importance of working toward a society in which our treatment by law enforcement is determined by our behavior, and not by the color of our skin, or the skin of the majority of the people in the crowd. While Black Lives Matter marches may not be happening right now, many continue to work tirelessly for justice in this area. Trump’s words, in a horrifying manner, demonstrated that words matter, and if they can incite evil, they can also inspire others to do what is good and just. And some of that inspiration for good is happening right here at Phoenix Radio.

Phoenix Radio DJ and Utica Rapper J Easy’s song, “Black Lives Matter” is an excellent example of speaking out for good through art. The song was written in 2015, two years after “Black Lives Matter” officially formed. Of course, racism against Black people has always been a shameful part of American culture and has never truly gone away, but J Easy noted that a resurgence of more overt and violent expressions of that racism began around that time, as many racists in the country were inspired to act out against a Black president.

“I saw everything that was going on,” J Easy said, referring to the increasing incidents of violence and police brutality directed toward Black people, “And I knew a local artist needed to say something about it. I do a lot of community events locally, so I felt like I should be the one to put something out.”

He explained that the song took a couple of weeks to write, noting that the creative process for this song flowed quickly.

“Usually when I write, once I sit down and focus on a song, it comes just like that. One verse was performed at the Juneteenth celebration that year,” he said, adding that he was asked to perform a rap verse with some other artists, but did not want to do a cover.

“I like to write my own,” he said. “Then I decided to make a whole song out of it, because I thought it was a good verse.”

J Easy credits his friend Marcus Mann with the beat of the song.

“He played me some beats, and one I heard was it, so I helped him put a beat together,” he said. “It was like it was meant to be.”

The video would come later, at the urging of another friend, the owner of Say What? Marketing Services, a Utica based company whose owner does not list their name on their business website.

Although the song will be six years old in 2021, the lyrics ring true to anyone listening to it today. One can’t help but think back to those Black Lives Matter protesters in the summer of 2020, being greeted by police in full riot gear when hearing the line, “The endorsement of law enforcement to kill at will is rough.”

“We ain’t saying that the others don’t, We’re just speaking up for us because the others won’t,” brings to mind every social media meme insisting that “they” wouldn’t have gotten shot if “they” had just chosen not to break the law in the first place, or at least obeyed police orders.

And “..justice for all…except us…” reminds listeners of the 2020 murder of George Floyd, the 2018 murder of Stephon Clark, and so many other Black men and women in recent years, as they contrast with the arrests of people like Dylann Roof and Brock Turner in 2015, who were apprehended gently, despite being arrested for unspeakably violent crimes.

The song and video are immensely popular, and deservedly so. As of January 18, more than 350 people have played the video on YouTube alone, as most who hear the song want to share it with their friends.

J Easy said he greatly appreciates the love the song has gotten.

“I want to say ‘Thank you’ to everybody for listening to it and showing so much support to it,” he stated, adding that he would perform it at future community events if asked.

In addition to continuing to enjoy the song and video, J Easy hopes listeners and viewers will come away with a renewed dedication to the song’s message.

“Overall, I would like to see racism end,” he said. “But I know I’m only one person. I hope this contributes to helping bring the racism level down. To really bring racism down, people will have to come out of that mindset. Hopefully this will help sway their minds.”

The video for “Black Lives Matter” can be found on YouTube on J Easy’s channel, easyatm. Visit http://Www.reverbnation.com/easyatm for more from this great local artist.

Jess Szabo is a novelist, writing teacher, and arts writer from Utica. Visit her website, Artist Cafe Utica, at www.artistcafeutica.com to read more of her work.